Hero Splendor snatches top spot from Honda Activa to start off 2017 on a high note. 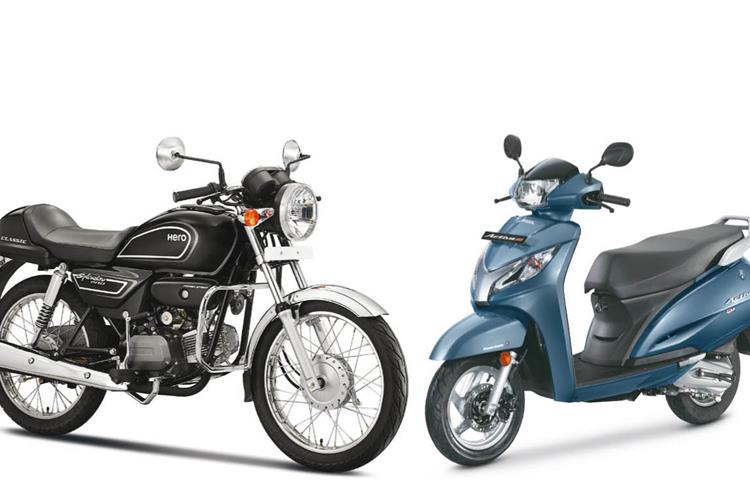 Hero MotoCorp’s bestselling motorcycle brand Splendor tops the monthly chart with sales of 208,512 units to start off 2017 on a positive note. For 10 out of 12 months in 2016, India’s most popular mass commuter motorcycle brand was dominated by  surging sales of Honda’s top performing scooter, the Activa.

As the market saw marginal recovery in the overall industry performance in January, several models reported YoY growth. The Hero Splendor registered a YoY growth of 4.60 percent with sales of 199,345 units in January 2016.

The Honda Activa, on the other hand, recorded a dip in January with total domestic sales of 196,996 units. This marked a YoY decline of 13,127 units or down 6.25 percent.

Climbing up to the fourth spot is Honda’s 125cc bestseller, CB Shine, which sold 70,294 units during the month. The model, however, has recorded a decline of 8.19 percent YoY for January. The model has also notably made a good comeback over its performance in December 2016 when it failed to make it to the Top 10 two-wheelers list. The Honda CB Shine had ranked the eighth bestselling motorcycle with sales of only 20,213 units in December 2016.

TVS XL Super moped continues to fetch large volumes for its company. It sold 69,373 units in January, which made it the fifth bestselling two wheeler of the month.

Picking up some steam over last few months’ performance, Hero MotoCorp’s Passion brand reported sales of 56,335 units. The popular brand, however, registered a sharp YoY decline of 29.81 percent. Notably, the Hero Passion had sold only 24,672 units in December 2016.

Yet another consistent performer from the stable of TVS Motor Company, the 110cc Jupiter scooter model, held the seventh spot with sales of 51,868 units in January. The model grew by a healthy 21.08 percent YoY.

Royal Enfield’s bestselling model, Classic 350, has made it again in the top 10 two wheelers’ list. The midsized motorcycle model sold 39,391 units in January sealing the eighth slot. Hero Glamour sold 38,204 units and held the ninth rank in the elite list. The Hero Glamour registered a YoY fall of 39.37 percent.

Bajaj Auto’s Pulsar brand stood at the tenth spot with total sales of 36,456 units in January. With a de-growth of 21.29 percent YoY, the Pulsar brand continues to indicate that the impact of demonetisation is still felt across several domestic territories. Bajaj had sold 32,252 units of Pulsar brand in December 2016, which also highlights that it is slowly recovering.

Two-wheeler industry stakeholders are hopeful of a further recovery in sales along with improved market sentiments in the months of February and March 2017. 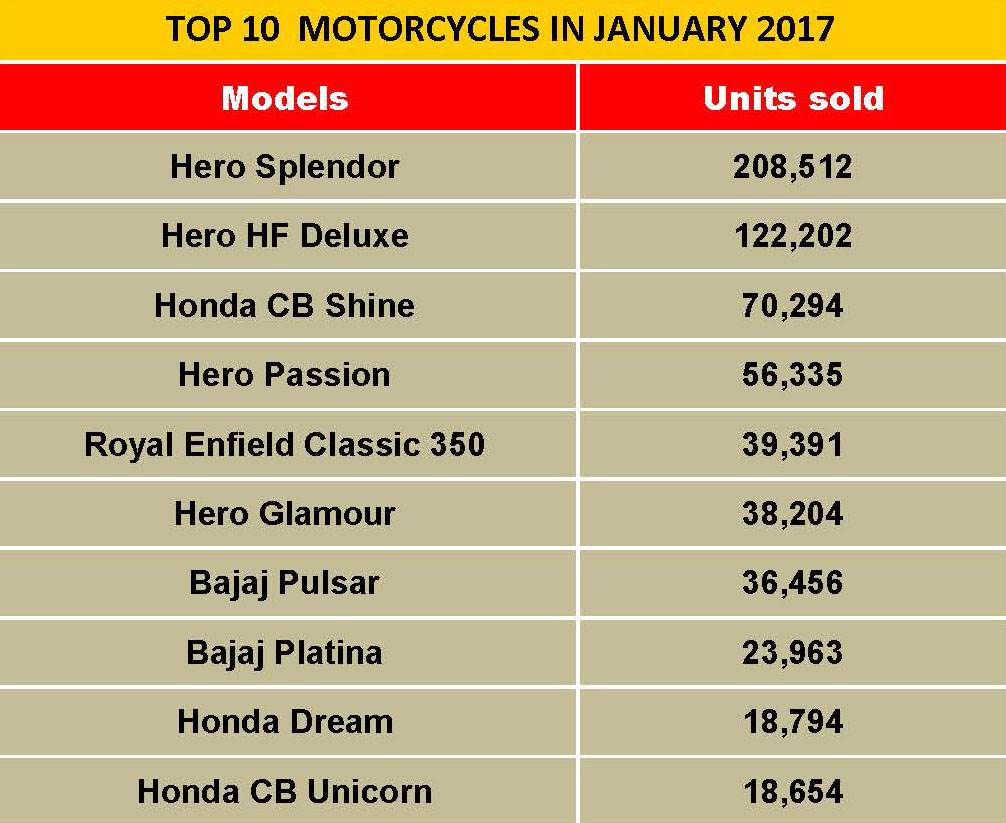