While the Honda Activa, TVS Jupiter remain the top two scooters on the best-selling chart, the Hero Maestro is a far third. But now the hard-charging Suzuki Access 125 is making strong moves. 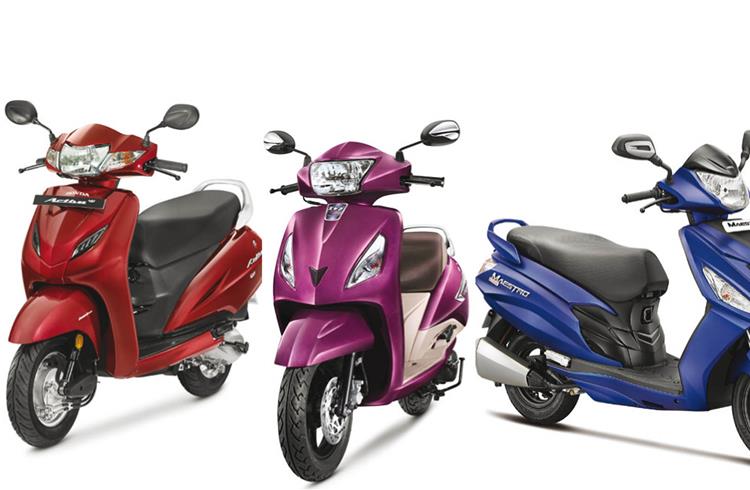 In India, scooters are to the overall two-wheeler market what SUVs are to the passenger vehicle market. Both vehicle categories are seeing booming demand and OEMs are hard at work, devising strategies to make the most of surging consumer demand.

With year-on-year growth of 14.63 percent during the seven-month period of April-October 2017, the scooter segment continues to outshine motorcycles (up 5.93 percent YoY) and mopeds (down 7.08 percent YoY). This period saw total sales of 41,48,852 scooters, which account for 33.85 percent of the overall total domestic two-wheeler market thus far in this financial year (April-October 2016: 31.92 percent).

The scooter segment, wherein 22 active models are on sale currently, is primarily driven by the top 10 best performers in the local market. Nevertheless, each model makes a critical contribution to the growing segment every month. The Honda Activa and TVS Jupiter have become the immovable brands at the number one and two positions respectively.

Honda’s popular Activa brand, which is giving tough competition to India’s highest-selling motorcycle brand – Hero Splendor for many months now, registered sales of 259,071 units in October, up 3.35 percent YoY. TVS Motor’s 110cc Jupiter, on the other hand, has reported an impressive growth of 29.06 percent YoY at sales of 81,326 units. 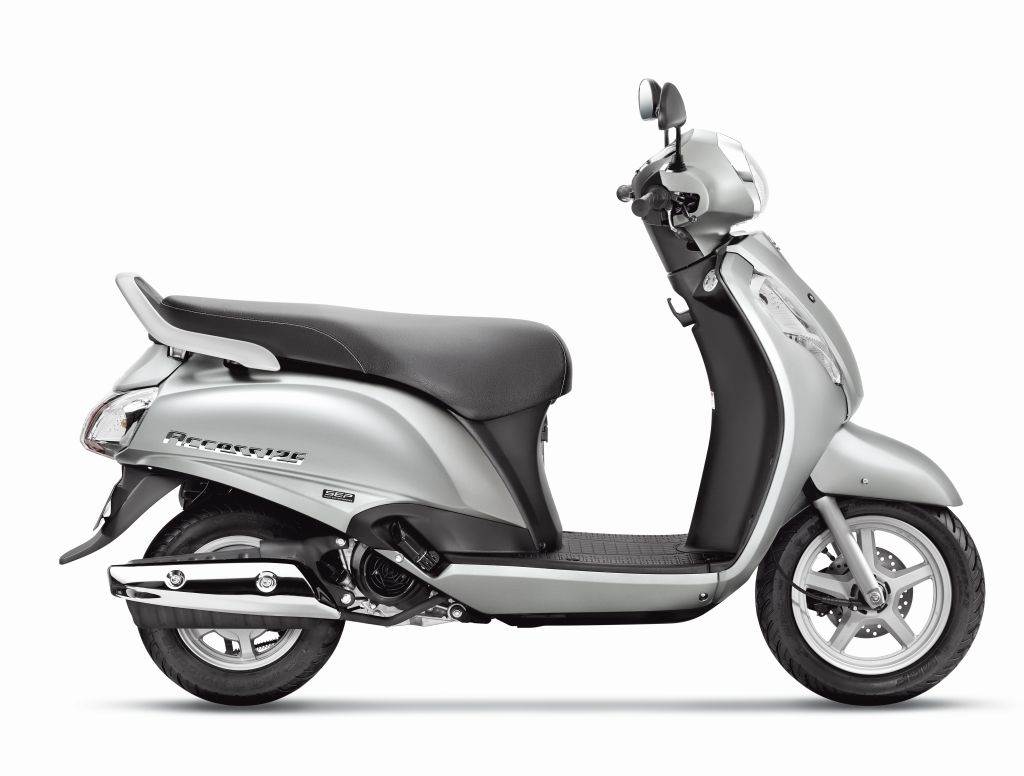 With the top three positions sealed by the undisputed performers of the scooter segment, the subsequent five ranks have recorded all the shuffling among the Suzuki Access 125, Honda Dio, Hero Duet and Yamaha Fascino and Ray. The 125cc Suzuki Access has risen to the fourth spot with sales of 38,300 units – one of its best-ever monthly performances after the model was re-launched after the Auto Expo 2016. October sales of Suzuki Access 125 saw growth of 48.04 percent YoY.

Yamaha’s 113cc Fascino continues to be the fifth bestselling scooter in October 2017. It sold 24,785 units last month, up 23.68 percent YoY. Targeted at young college goers and urban commuters, the Fascino primarily competes with the TVS Jupiter and Honda Dio, among other models.

The Hero Duet is sixth in the list with sales of 21,515 units in October. Although it rose from seventh position (in October 2016), its sales has recorded a decline of 12.47 percent YoY.

The Yamaha Ray, which runs on the same 113cc powertrain as its Fascino and Alpha models, is the seventh top-selling scooter in October 2017. It sold 16,694 units, down 32.22 percent YoY. The model had scored sixth rank with sale of 24,628 units in October last year.

It is certain that the numbers are not expected to fall after the festive season this year as much as they did last year due to the infamous note ban announcement on November 8, 2016. As a result of a low base from last year’s November and December sales, the numbers for the two months this year are likely to record reasonable growth.