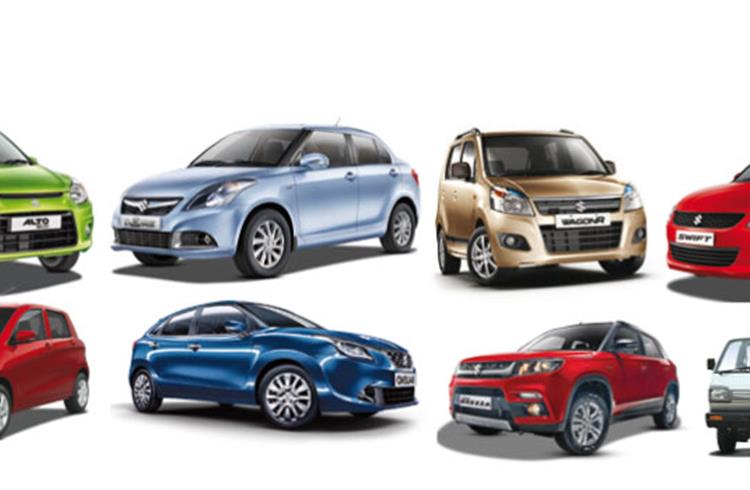 That's just what happened in January 2017. The first month of the new year opened to good tidings for the PV industry. The hit-by-demonetisation PV OEMs recorded total sales of 265,320 units across the passenger car, utility vehicle and van segments, with overall numbers notching 14.40 percent year-on-year growth.

The country’s largest carmaker Maruti Suzuki India further strengthened its stranglehold on the Top 10 best-selling vehicles by taking eight positions in the list – an all-time high for the company. A resurgence of demand for the Alto meant that it remains at the top with sales of 22,998 units, followed by the Dzire compact sedan at 18,088 units. The WagonR and Swift accounted for 14,930 units and 14,545 units, respectively.

Sales of the Celerio (10,879 units) touched an all-time high with volumes crossing 10,000 units for the first time ever. Retailed through the premium Nexa outlets, the Baleno (10,476 units) and Brezza (8,932 units) continued to witness surging demand. Waiting period for both the vehicles, which continues to remain significant, is set to ease with Maruti’s new Gujarat plant having begun production from early February.

Meanwhile, the Grand i10 (13,010 units) and Elite i20 (11,460 units) continued to remain front -runners for Hyundai. The newly launched facelifted model for the already popular i10 is set to further give a fillip to the Korean carmaker in the coming months. 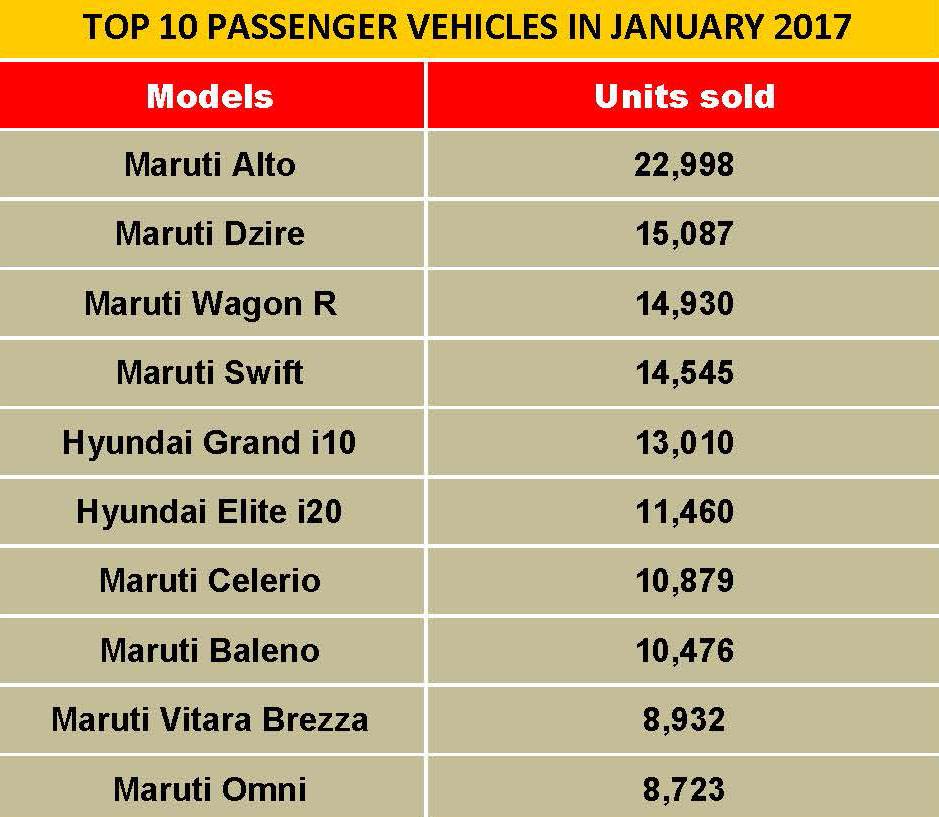