Maruti Suzuki has all of seven models in the Top 10 list for FY2017 – one more than in FY2016 – with only Hyundai’s Grand i10 and Elite i20 and Renault’s Kwid keeping it company. 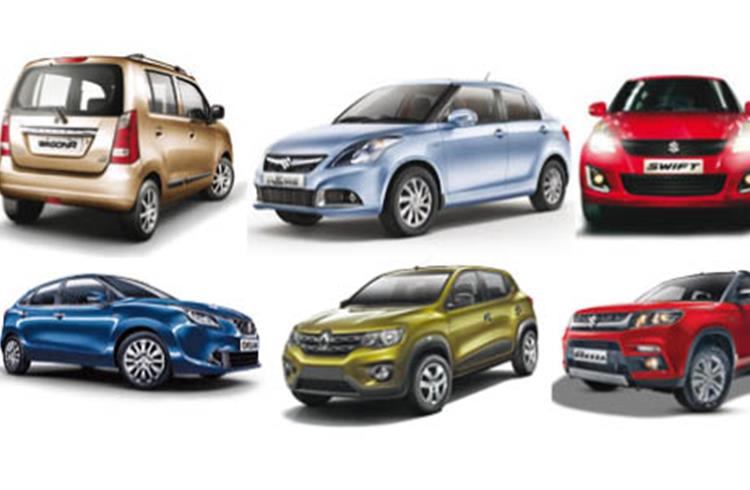 In a fiscal where Maruti Suzuki India drove past the 1.5 million sales milestone for the first time, it wouldn’t be wrong to expect the country’s largest carmaker to have a stranglehold on the Top 10 best-selling passenger vehicles (PVs).

What helped the company was the huge consumer demand for two of its new products – the premium Baleno hatchback and the Vitara Brezza compact SUV. Not surprisingly, these two are in the Top 10 best-sellers list. There’s also the Celerio, which has dropped from No. 7 position in FY2016 to No. 10 in FY2017.

FY2017-18 promises to be a bullish year for PVs. With the Indian PV market having crossed the 3 million unit sales mark for the first time, with 9.23 percent year-on-year growth, consumer sentiment has seen an uptick. Also, a good number of new models are expected to roll out in this fiscal. Stay tuned.