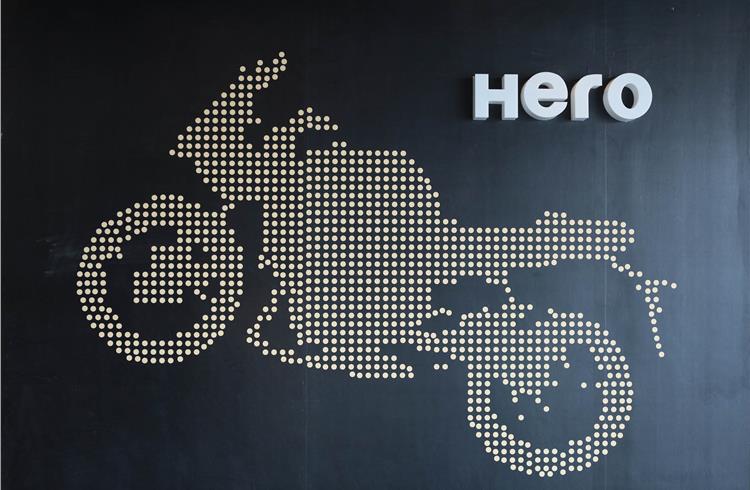 Motorcycles continue to be the staple mode of commuting for people across India. For the first seven months of the ongoing fiscal, the motorcycle segment accounted for almost 62 percent of the overall domestic two-wheeler market.

Although the penetration of scooters has slowed down the demand for motorcycles to some extent, they continue to grow across the 100cc, 125cc, 150cc-200cc, 250cc-500cc segments year-on-year. This reflects demand for motorcycles not only at the lowest strata of the society but also amongst the growing middle-class, which aspires to now climb from the typical mass commuter machines to more performance-oriented models powered by engines bigger than 150cc.

When it comes to motorcycles, Hero MotoCorp – India’s largest two-wheeler manufacturer – dominates its rivals by commanding 50 percent of the domestic market. Figuratively, Hero MotoCorp’s market share in this segment stood at 51.03 percent during April-October 2017. It has jumped from 50.03 percent during the corresponding period in 2016. Bajaj Auto (16.05 percent) is the second largest motorcycle manufacturer followed by Honda (15.66 percent) and TVS Motor Company (7.57 percent) during the same period this fiscal.

Hero MotoCorp’s four key motorcycle brands – Splendor, HF Deluxe, Passion and Glamour – drive its volumes month-on-month. They represent the 100cc-125cc mass and executive commuter categories. Interestingly, the company’s market share in the entry-level category, which is powered by engines bigger than 75cc and less than or equal to 110cc, stands at 73.50 percent during April-October 2017.

However, Honda tops in the second most affordable category, which is powered by engines bigger than 110cc and less than or equal to 125cc. Termed as the executive mass commuter motorcycle category, Honda’s 125cc CB Shine is the conventional bestseller.

Among the top selling motorcycles in October 2017, Hero MotoCorp’s entry-level Splendor, HF Deluxe, Passion and its 125cc Glamour occupy the top four slots in that order. Bajaj Auto has three entries (Pulsar, CT100 and Platina) and Honda (CB Shine), TVS Motor (Apache) and Royal Enfield (Classic 350) have one model each featuring in the list.

The Hero Glamour has outsold its rival Honda CB Shine by almost 5,700 units in October 2017. This can be attributed to the YoY decline in the CB Shine’s volume as it reported a drop of 11,620 units YoY, which translates into a sharp fall of 14.04 percent YoY. The Hero Glamour, which sold 76,830 units last month, grew by a flat 2 percent YoY. The model had recorded sale of 75,320 units in October last year.

Bajaj Auto’s Pulsar range, CT100 models and Platina family have ranked sixth, seventh and eighth in the list respectively. The Pulsar, which is the largest and most lucrative umbrella of motorcycles in Bajaj Auto’s product portfolio, has reported sales of 64,233 units, up 1.49 percent YoY. The CT100, on the other hand, has recorded sale of 59,827 units (up an impressive 40.39 percent YoY), thanks to the new electric start (CT100 ES) variant added recently.

At number eight, the Bajaj Platina too has reported a good growth of 4.56 percent YoY with sales of 52,834 units last month.

Royal Enfield’s top selling model, Classic 350, is India’s ninth most popular motorcycle in terms of retail sales. The model sold 48,469 units, up by an impressive 30.98 percent YoY. Notably, in October 2017, the Classic 350 contributed more than 71 percent to Royal Enfield’s total monthly sales, which stood at 68,014 units.

TVS Motor’s flagship brand, Apache RTR is at the tenth spot with sales of 34,185 units in October 2017. The bike’s sales performance, however, is reportedly down by 2.97 percent YoY. The company is learnt to be planning new model launches later this fiscal including new entry-level midsize motorcycle and new scooter models too.

Multiple new product launches are scheduled during Q3 and Q4 FY2018 by many two-wheeler OEMs. It would be interesting to note how they are received in the domestic market. Stay glued.