Of the many new cars launched last fiscal, some clicked with buyers and some didn’t. We take a closer look at the sales figures. 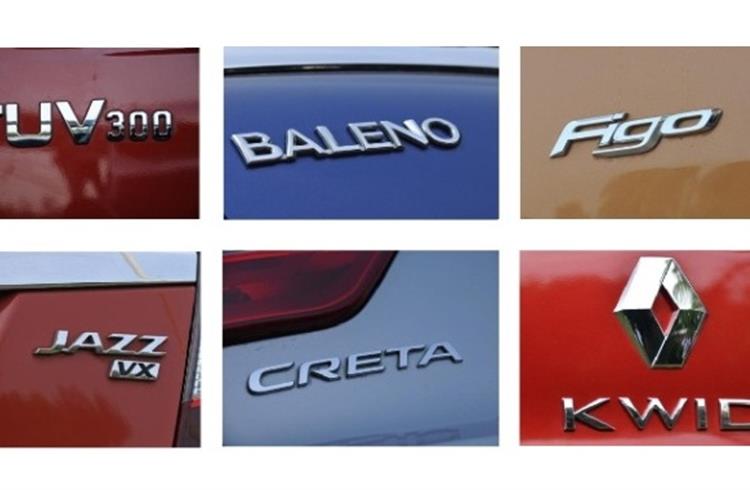 Fiscal 2015-16 was an exciting one for the Indian passenger vehicle industry, with sales crossing the 2.7 million units mark, the highest ever.

Driving growth for the industry was a salvo of new model launches throughout the year. Scarcely did a month pass by without a brand-new car or a variant being launched. The flurry of new car launches, across a host of segments, platforms and price bands, not only honed the appetite of the Indian car buyer but also lent a much-needed fillip to the auto industry’s growth momentum.

However, even as there were plenty of new car launches in the fiscal, not all were as well received by the Indian buyers. Here is a look at what clicked and what didn’t. For this comparison, we have taken into account only the new mass-market models launched during the fiscal. Variants, refreshes and luxury cars have been excluded. 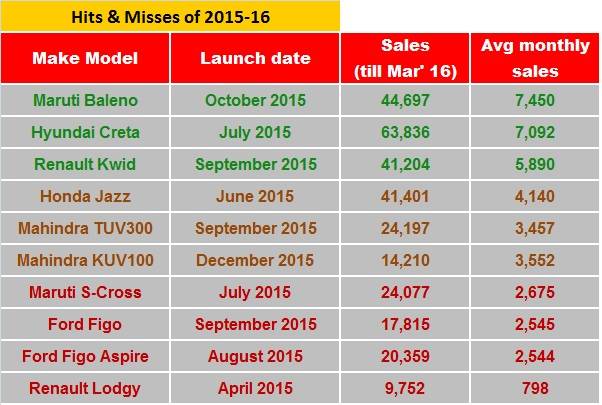 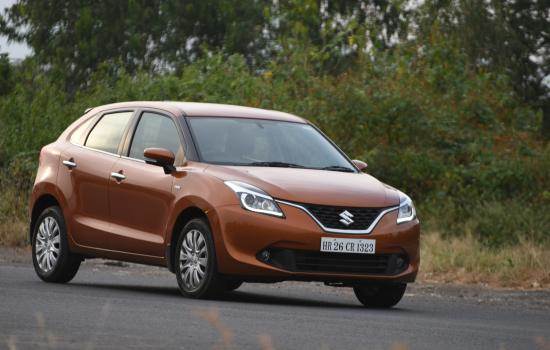 Launched in India in October last year, the Baleno became an instant hit in the premium hatchback segment. Taking the fight to segment leader Elite i20, Maruti’s latest offering did even manage to outsell its Hyundai rival in a couple of months.

With average monthly sales of nearly 7,500 units, the Baleno can surely be deemed as a hit amongst the new launches. However, with capacity constraints and pent-up domestic demand, you might have to wait for at least three to four months before you could get your hands on one. 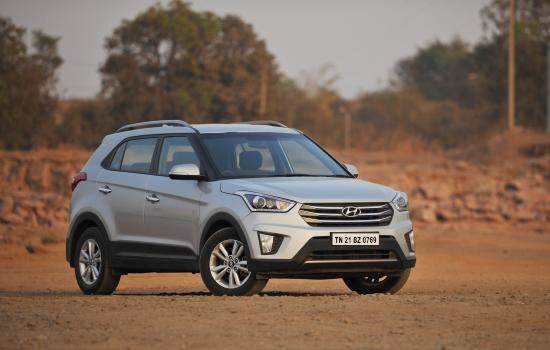 With its urban SUV image and the looks to match, the Creta, launched in July last year, proved to be a true game-changer for Hyundai in India. The SUV not only became a segment leader with average monthly sales of over 7,000 units but also was the second most sold UV during the fiscal with a total of 63,836 units. Another big testament to its success is the fact that after the Creta’s launch, Hyundai’s UV market share rose exponentially to 11.04% at the end of 2015-16 from a mere 0.34% in 2014-15. 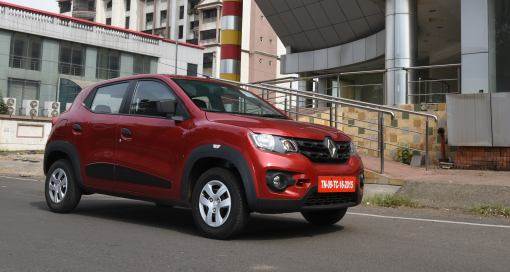 Built on Renault-Nissan’s global CMF-A platform, the Kwid is currently among the most sought after small cars in the Indian market and has been among its most successful models in the country till date.

The Kwid has not only redefined Renault as a competitor in the Indian PV market but has also powered the company’s strong growth since its launch in September last year. With average sales of around 5,900 units a month and growing, the Kwid is fast becoming a force to reckon with in the entry level hatchback segment. The company has also ramped up production to 10,000 units a month now and hopes to sell an equivalent number as well. The car currently commands a waiting period of 3-4 months. 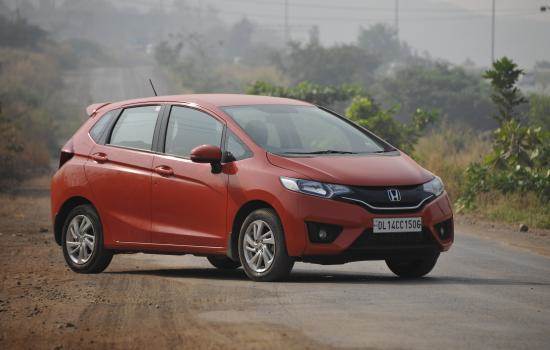 Honda re-launched the Jazz in India in June last year as its second dig at the premium hatchback segment. With an attractive design and a much better pricing strategy this time around, the car did manage to create a buzz in the segment, but the initial momentum did not last long and sales have started falling now. With average monthly sales hovering around 4,100 units, the latest Honda did way better than its predecessor but lags behind the Elite i20 and the Baleno in terms of market share. Despite being a good overall package, the new Jazz’s sales performance could only be deemed satisfactory. 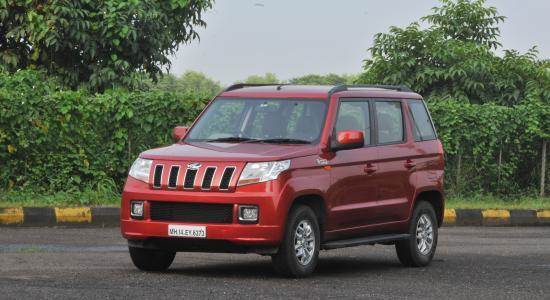 Mahindra & Mahindra re-entered the compact SUV segment with the launch of the TUV300 in September 2015. With its aggressive pricing and first-in-class features like an AMT gearbox and a seven-seat configuration, the TUV300 did receive strong initial response and managed to create its own niche in the growing compact SUV segment. However, with the entry of new players like the Maruti Vitara Brezza and slashing of prices by old ones like the Ford EcoSport, the TUV300 might find it difficult to sustain its growth in the segment. 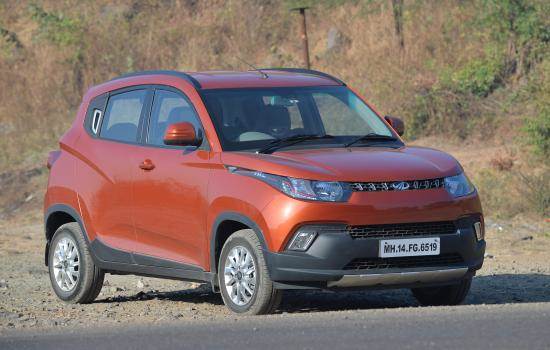 2015-16 saw M&M reinvent itself in terms of its offerings in the Indian market, and a part of the plan was to go on a product offensive with diversified models to garner volumes. In line with this, the company launched the KUV100 in December.

Despite being pitched as a compact SUV, the KUV100’s small footprint resembles more of a midsize hatchback and with a pricing (from Rs 4.42 lakh) to match, the car looked to take the fight to giants like the Maruti Swift and Hyundai Grand i10. While it is nowhere close to the sales numbers of the aforementioned cars, the KUV100 with its all-new petrol and diesel motors has garnered decent volumes for the company and was its second most sold model last month after the old workhorse Bolero. 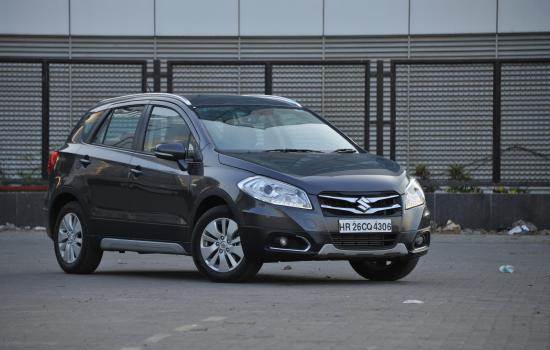 The country’s largest carmaker launched the S-Cross in July last year along with an all-new sales channel called Nexa to try and establish itself in the tough to crack premium car segment. However, its over-ambitious pricing of the premium crossover resulted in tepid response for the car and thus slowing sales.

The S-Cross was launched at a starting price of Rs 8.34 lakh for the base Sigma trim (1.3-litre engine) going right up to Rs13.74 lakh (1.6-litre engine), both prices, ex-showroom, Delhi. However, given the slowing sales, the company was compelled to slash prices by up to Rs 2 lakh. It also launched a new variant loaded with extra goodies to make it a value proposition. Despite this, average monthly sales have only settled around 2,700 units against initial targets of 5,000 units a month. 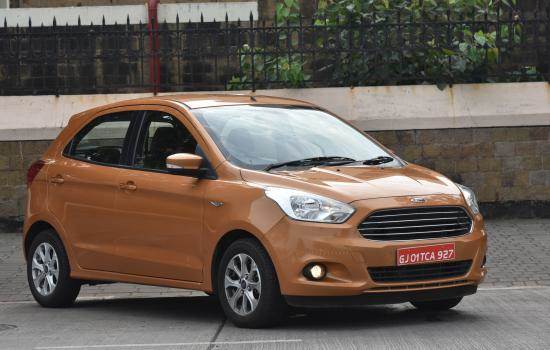 Ford India launched the Figo Aspire compact sedan and the second-generation Figo hatchback back to back last year in order to try and get a piece of the small car market pie. But despite initial flurries in volumes both the new Fords have not managed to create any major disruptions in their respective segments. 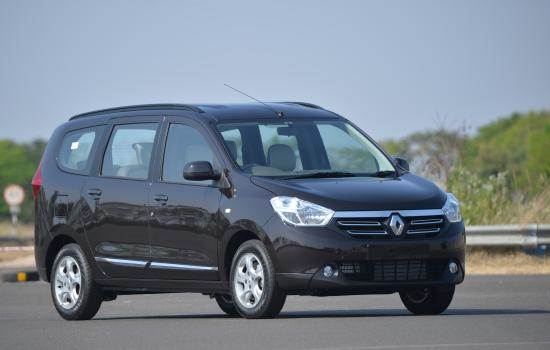 With hopes to take on the segment leader Toyota Innova in the MPV market, Renault India launched the Lodgy in April last year. Despite being a value-for-money proposition with frugal engine options, Renault’s offering could not shake the foundations of the Innova which continued to be a top choice for both fleet and private owners.

Renault is even offering discounts of up to Rs 2 lakh on the Lodgy in some parts of the country to boost volumes. However, with the new-generation Innova Crysta’s launch just around the corner, disruptive pricing might not be enough for the Lodgy to gain market share.

With a host of new car launches planned for 2016-17, the new fiscal is bound to be another exciting one for the Indian automotive industry and growth is likely to continue. Stay tuned to Autocar Professional for the latest updates on the sales performance of new cars every month.