Drop largely driven by a weakening economy, degrading  buyer sentiment and inadequate liquidity in the sector. 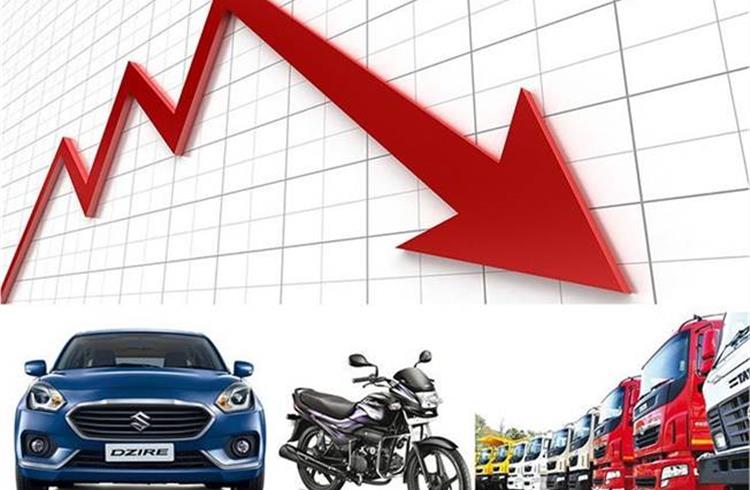 Given the trend of slowing sales in January and February and the lockdown in the second half of March, the writing on the Indian automotive wall was  big and clear. The numbers would be bad. Today, SIAM officially released the sales numbers for all vehicle segments as registered in FY2020 and it's all red ink on the mark sheet (see detailed table below). All segments have posted double-digit sales declines and in the current situation, any hope of an early revival is unwarranted.

With an overall slide of 18% year on year to 21,548,494 units, India Auto Inc has hit a sales speedbreaker in FY2020 and a five-year low, painting a grim image for the automobile sector which has been reeling under tremendous pressure over the last 18 months. The big spoilers have been a weakening economy, dampened  buyer sentiment and inadequate liquidity in the sector, posing a huge challenge and hindering the inflow of working capital for retail dealers.

With almost all vehicle segments, including passenger vehicles (PVs) and commercial vehicles (CVs) witnessing a terrible bloodbath, the current lockdown across the country and ceasing of all non-essential business activities for almost three weeks now in the light of containing the spread of the Covid-19 pandemic, the automobile industry stares at even difficult times ahead.

Giving his viewpoints at a recent webinar conducted by Autocar Professional, Rajan Wadhera, president, SIAM, had said, “The current crisis has led to the global economic activities coming to a standstill. Particularly for India, the economy saw significant de-growth in 2019. Now I believe it will worsen and indicators are that the ongoing lock-down may not be lifted anytime soon. Industry is losing approximately Rs 2,300 crore for every day of the closure. This in the backdrop of last year’s de-growth is a worrying situation.”

According to Wadhera, the initial estimates by the SIAM secretariat on the outlook for FY2021 doesn’t hint at happy days either. “The expected range of de-growth for the industry could be in the territory of 15-20 percent if the GDP is maintained at around three percent levels, with maximum damage to be seen in PVs and CVs. However, if the current GDP projections for FY2021 further slip to about 1 percent, the industry could face a 25-35 percent decline in FY2021, which could break the back of the auto industry.”

Let’s have a segment-wise look at the industry’s performance in FY2020:

It would need to be seen whether the prospective buyers who had put their purchase decisions on hold until April and were waiting to buy the latest products meeting the BS VI emission norms, which got mandated earlier this month, return to the market after the nation-wide lock-down ends, or further push their purchases in lieu of the economic damage caused by lack of business.

According to Wadhera, “The challenges include spurring up demand and also the extent to which the supply chains are integrated for every manufacturing company. Integration of supply chains globally is also an important point of concern. Supply challenges could range from 15 days to 50 days depending on companies, but a bigger concern is how we look at addressing the demand challenges.”

Even the dealer community is looking forward to some immediate aid from the government to help spur demand. Speaking at the same Autocar Professional Webinar, Ashish H Kale, president, FADA explained, “Auto sales have a multiplier effect and are also a sentiment booster. If auto is focussed on as a key enabler to come back to normalcy, it will help boost consumer confidence.”

Three-wheelers least-hit but still down 9 percent
The only least-hit segment was  three-wheelers, owing to an improved demand from the public transportation sector for last-mile connectivity. Three-wheeler sales in FY2020 stood at 636,569 units (70,005 / -9.19%). With electric three-wheelers making further inroads as good alternatives to conventional three-wheelers for both goods and passenger pickup, their demand might continue to grow in the future.

Two-wheelers sales see massive decline
Two-wheelers, the most affordable form of motorised vehicles, registered de-growth of 17.76 percent in FY2020 with overall sales culminating at 17,417,616 units (21,179,847). Considering that two-wheelers had only touched the 20-million unit mark in FY2019, the stark deficit of a significant 3,762,231 units clearly states the grim situation. With two-wheelers being the most economical and affordable means of personal transportation, such a steep decline is a point of concern.

Now, as the industry gears up to the challenge of resuming operations and ramping up production to the full capacity, while ensuring employee health and brining back demand in the market, it would require a diligent effort and the support of all stakeholders to averse any state of a further shock.

As per Wadhera, “The auto Industry is engaged in a dialogue with the government on policy measures which could minimise the impact of Covid-19 on the Indian economy and especially the Indian automobile industry. There would be challenges on the supply side; demand side and also on the issue of availability of finance which would all need to be addressed to bring back growth in the sector. However, we remain steadfast to our vision.”

FADA's Kale said, “Auto dealership needs and auto retail loans need to be prioritised. This will help banks and NBFCs to allocate resources accordingly and look towards enhancing demand. There is need for structural support for dealerships to return to normalcy.”

Nonetheless, the immediate future looks grim for India Auto Inc. With shuttered plants likely to open at much reduced capacity in the near term, customers unlikely to return to showrooms in a hurry in a time of social distancing and sentiment at a record low, India Auto Inc is a troubled force at the present moment. When's the much-awaited, much-promised vehicle scrappage policy coming? 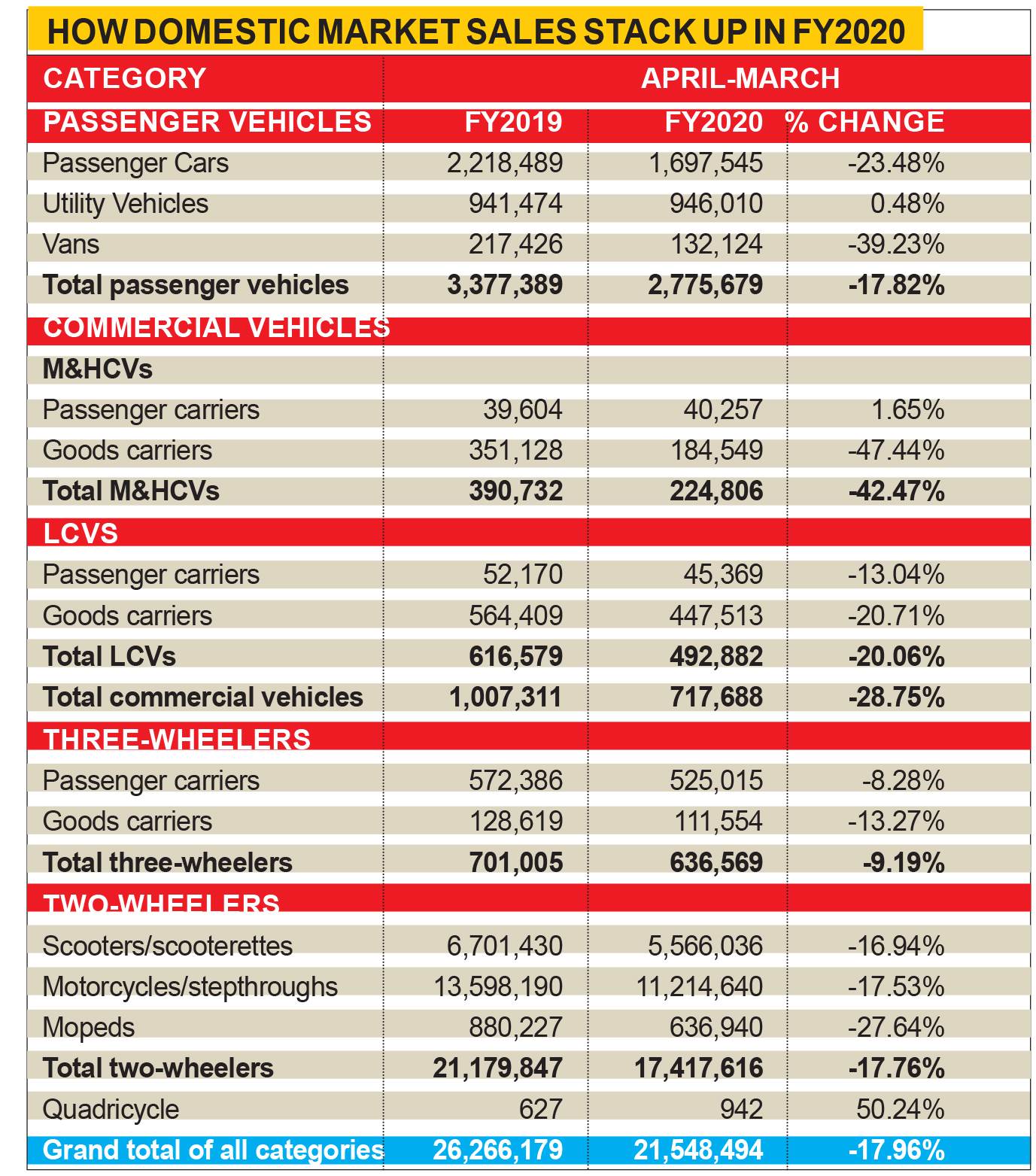