​All vehicle segments across categories are in the black, with SUVs powering the passenger vehicle segment and M&HCVs finally seeing strong demand come their way. 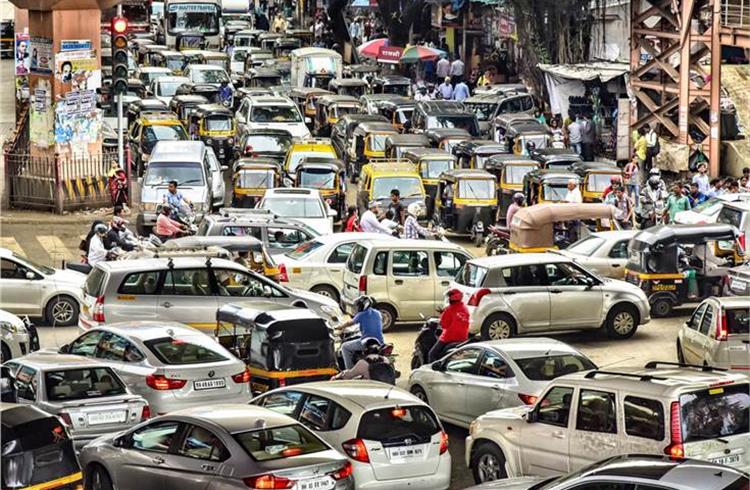 The strong demand revival iin Q1 augurs well for a robust FY2023. All vehicle segments hAve registered marked YoY growth with SUVs particularly holding the passenger vehicle segment strong and M&HCVs, considered the barometer of the economy, being back in action.

For Hyundai Motor India, which has an order backlog of 130,000 units, the Creta and Venue SUVs command the highest share. As per company dealers, wait time for the Creta ranges between six to eight months, depending upon model, variant and city. "Thankfully with improvement in the semiconductor supplies, we should be able to produce more cars in the coming months," said Tarun Garg, director, Sales, Marketing and Service, HMI.

Maruti Suzuki India's (MSIL's) executive director for Marketing and Sales Shashank Srivastava is also confident about the PV segment being poised for strong uptick in the ongoing fiscal, given the successive growth achieved in the last two quarters.

"The industry recorded volumes of over 910,000 units in Q1 and Q4 FY22 was at 921,000 units. We have seen two consecutive quarters breaching the 900,000-unit mark for the first time in the history of the Indian automobile industry. This clearly indicates that the demand parameters are stable."

However, both Garg and Srivastava have raised red flags, with the list-topping concern being the semiconductor supply, "which is still not back to 100 percent", as per the MSIL top executive. Fears of the economy being impacted by inflation as well as that of issuing further price hikes due to rise in commodity prices, are the other major concerns worrying the industry leaders in the PV segment.

High fuel prices across all fuel types don't send a positive signal either, while the possibility of Covid wreaking havoc in another resurgent wave, with examples seen in China, are worrisome too, but the silver lining is that the "chances of disruption in India are much lower", said Srivastava.

"There are geopolitical challenges too, and interest rates are high. But, we are entering the festive season, and I think the PV segment demand should hold up," Garg added. 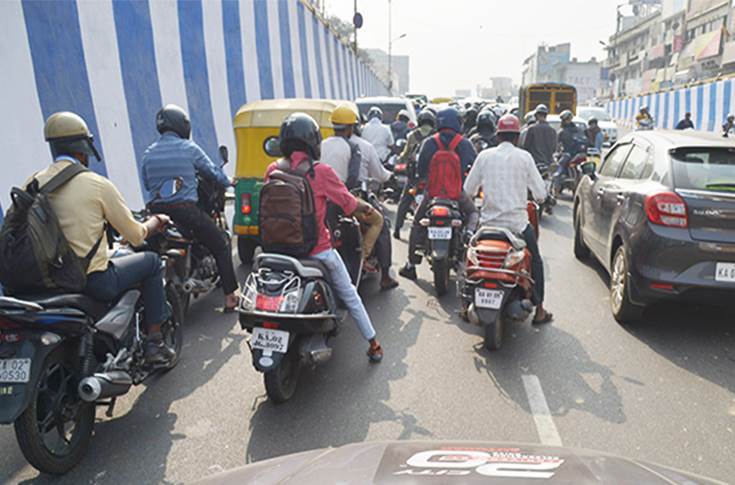 High fuel prices, high prices of petrol-powered BS VI two-wheelers, as well as inflationary pressures continue to be the top concerns for the segment, despite registering an uptick, especially with a resumption in schools, colleges and offices after a hiatus of possibly the longest time. 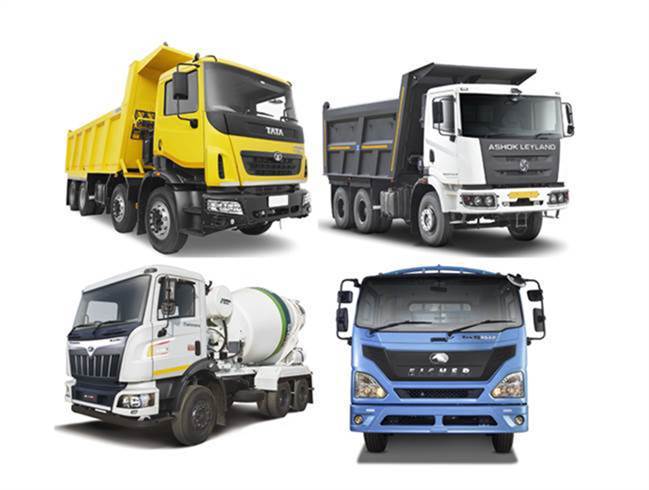 CVs, three-wheelers see much-needed traction
Within the 94.18 percent YoY growth registered by the commercial vehicle (CV) segment that clocked 224,512 units in Q1 FY2023 (Q1 FY2022: 105,800), M&HCVs drove in the fast lane and clocked sales of 75,685 units to register a significant 160 percent growth (29,158). A marked increase in infrastructure projects with the government aggressively constructing new roads, the segment was the star performer for the industry.

Growth outlook: better days and quarters beckon
While the demand certainly seems to have bounced back and is strong, there are still some areas that concern the industry, which is closely monitoring these macro parameters. The rising fears of inflation, driven by the prolonged war between Ukraine and Russia that has sent the global supply chain into a disorder, as well as the constant threat of Covid resurgence are just some of the watchful factors. However, FY2023 might just be the year that the Indian automobile industry has been longing for in the last four years. 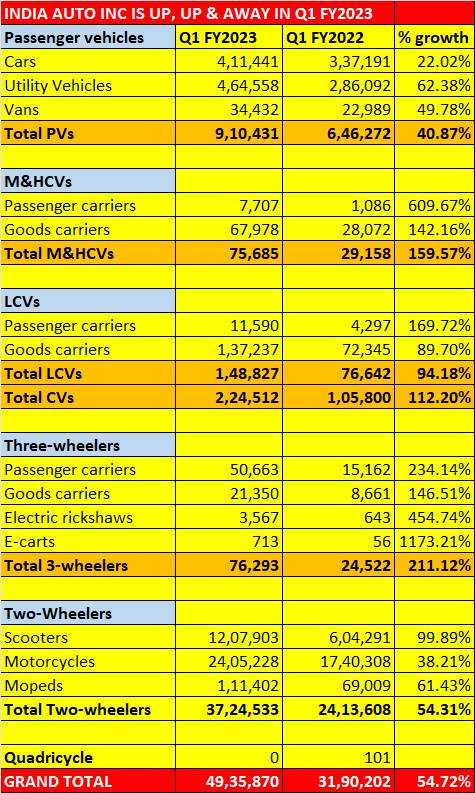