All vehicle segments in India, barring passenger vehicles (PVs), registered a double-digit decline in sales last month, with no green shoots to be seen in the near-term and concerns rising on the sustainability of production  with impacted supplies of BS VI components from China. 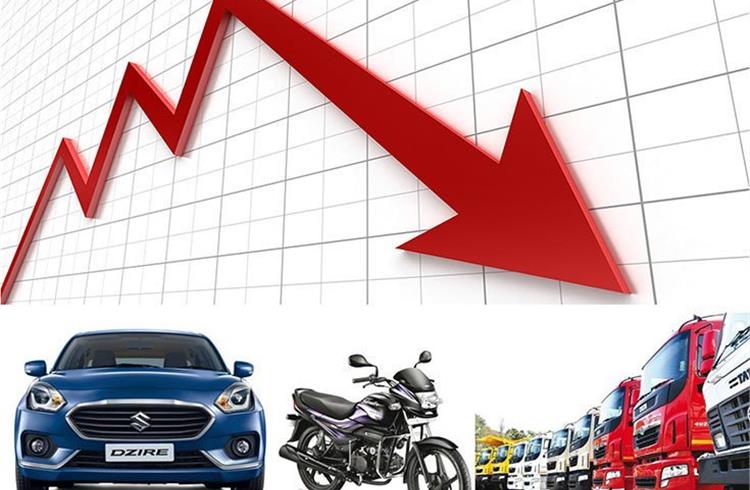 All vehicle segments in India, barring passenger vehicles (PVs), registered a double-digit decline in sales last month, with no green shoots to be seen in the near-term and concerns rising on the sustainability of production  with impacted supplies of BS VI components from China.

The Society of Indian Automobile Manufacturers (SIAM) today announced the industry’s performance for the month of February. The numbers were released by e-mail. This comes as a precautionary measure to contain the spread of Coronavirus (Covid-19), which has been declared as a pandemic by the WHO.

Amidst all the concerns affecting public health, stock markets and the economy, results of India Auto Inc for its overall sales and production for last month are anything but cheerful. Industry sales dived 19 percent in terms of its overall domestic sales in February, which stood at 1,646,332 units (February 2019: 2,034,597).

In terms of performance of the individual vehicle segments, while passenger vehicles (PVs) recorded the least decline of 7.61 percent at 251,516 units (272,243), commercial vehicles (CVs) were the worst hit at nearly 33 percent de-growth with cumulative M&HCV and LCV sales culminating at 58,670 units (87,436).

Speaking to Autocar Professional recently, Nikunj Sanghi, director, International Affairs, FADA, said: "The market is still very fluid and our immediate focus is to liquidate the BS IV inventory. While some pre-buying is going on, after March 10, it would be hara-kiri. Especially in the passenger vehicle and commercial vehicle segments, dealers of most manufacturers are confident of clearing the (BS IV) stocks by March 10, but two-wheelers are still reeling under tremendous pain."

"Internally, we are keeping a deadline of March 15 to be on the safe side as there are varying degrees of processes to get a vehicle registered and apparently, the NIC will block registration of BS IV on March 31. So, the permanent registration process will need to be completed much in advance," he said.

A temporary registration in March would not suffice and allow completion of the permanent registration process in April, he explained.

Sanghi further explained that the majority of the dealers would have cleared up their BS IV stock in their books, but if there is any leftover inventory, drastic measures will be coming in the form of heavy discounting or even registering the vehicles in the name of their employees, to be able to sell them later as second-hand vehicles. This is going to bring huge additional cost to dealers.

With a price hike on two-wheelers being in the range of 9-13 percent on account of BS VI, and anywhere between 3-5 percent on petrol-powered passenger vehicles, there is uncertainty as regards their acceptance by the end-consumer.

"We are not sure how BS VI is going to be received because of the price hike, which has been happening, but not to the extent that it was made to believe. Maybe, some companies are initially absorbing a part of price increase and will pass it on to the consumer later on," said Sanghi.

According to Rajan Wadhera, president, SIAM: “The decline in wholesale dispatches is primarily due to economic slowdown and lower production of BSIV vehicles. Some upside on the registration numbers of VAHAN can be attributed to last minute purchase by customers trying to advance purchase of BS-IV vehicles.”

“Supply chain disruption from China is also a concern, which may impact the production plans for companies going forward. The auto industry is grateful to the government for issuing a notification of force majeure for Coronavirus and 24x7 clearances of shipments at all customs formations.” 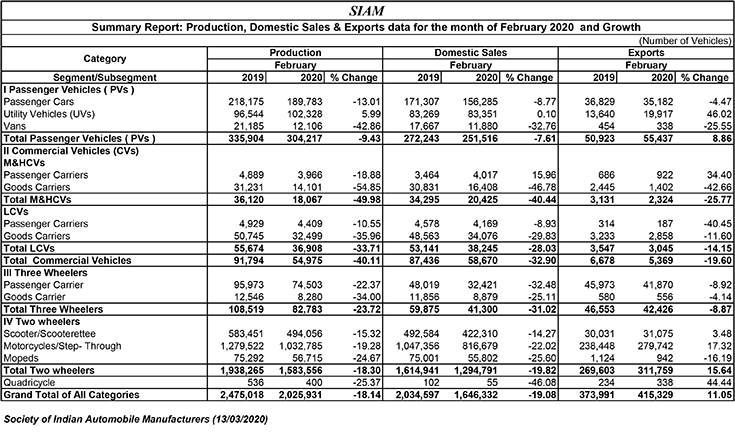