After the festive October and November, sales in December were down by 5% with two-wheelers dragging overall numbers down. CY2002 though saw strong growth for the three-wheeler, PV, CV and tractor segments. 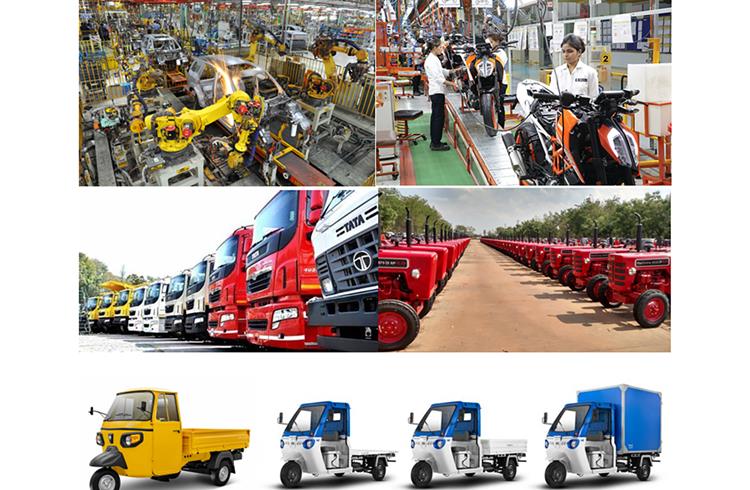 India Auto Inc’s real-world retail sales numbers for December 2022 as well as calendar year 2022 are out, courtesy the Federation of Automobile Dealers Associations (FADA). They point to a realistic growth story that can get better, albeit with some challenges along the way.

The December 2022 segment-wise splits reveal that of the five vehicle segments – two- and three-wheelers, passenger vehicles, tractors and commercial vehicles – two-wheelers, which is the largest of them all by volume, is still faltering when it comes to growth.

Commenting on the segment’s performance, FADA president Manish Raj Singhania said: “The two-wheeler segment once again failed to impress as retail sales during December 2022 continued to fall after two good months. Reasons like rise in inflation, increased cost of ownership, rural market yet to pick up fully, and increased EV sales means the IC-engined two-wheeler segment is yet to see any green shoots.”

That’s not the case with the three-wheeler, passenger vehicle, tractor or commercial vehicle segments which have registered growth. Total three-wheeler sales of 63,655 units in December 2022 are a YoY growth of 41% – the shift to electrification is most apparent here because of this total, 48% or 30,665 units are electric three-wheelers.

Passenger vehicle retails at 280,016 units were are an 8.15% increase (December 2021: 258,921), dipping below the double-digit growth they have maintained for most of the year. And this is despite most carmakers offering sizeable year-end discounts. Pin the slower buying of PVs to December being the last month of the year and customers preferring a new car purchase in early in the new year.

The over commercial vehicle segment saw December retails of 66,945 units, up 10.67% YoY and 9.8% over December 2019. For this industry which sees sales increase in four-year cycles, a new growth cycle has begun which can only get better

Let’s take a closer look at each segment’s performance in CY2022.

Passenger Vehicles: The passenger vehicle segment has been the shining star of CY2022 with wholesales of 3.8 million units and retails of 3.43 million units. The 34,31,497 units retailed last year are a strong double-digit YoY growth of 16.35% and also an increase of 15.56% over CY2019.

FADA president Manish Raj Singhania said: “The 34.31 lakh retails during the full year are, by far, the highest retails which PVs have done till date. The PV segment has continued to show remarkable consistency in growth during the entire year. While supply woes have decreased, better product spread and ever highest consumer offers have kept consumer interest on.”

LCVs, which with 514,621 units, have the largest share – 59.47% – and recorded 26% growth, benefiting from the humungous demand for last-mile services across the country.

According to Singhania, “The CV segment has continued to grow during all of CY2022 and is now almost at part with CY2019 retails. With uptick in demand in LCVs, HCVs, buses and construction equipment, the government’s continued push for infrastructure development has kept this segment going.”

Commenting on the tractor market’s sterling performance, Singhania said: “This feat was possible due to a consistently good monsoon, improved cashflow with farmers, better MSP of crops and the government’s focus on better procurement. Apart from this, timely sowing of rabi crop also helped to continue this momentum. Festive season sales, which were normal after three years, also played its part in this strong momentum.”

Growth Outlook for FY2023 and beyond
Amid the uncertain global geopolitical scenario, India remains a positive growth story. What has helped India Auto Inc, which has seen a challenging export market scenario, is the strong domestic market growth despite the RBI raising repo rate by 225 basis points since May 2022. India is projected to be one of the world’s fastest growing economies, which augurs well for 2023.

FADA has retained its cautiously optimistic outlook for retail sales in the last quarter of FY2023 (January-March 2023) due to inflation-driven pressures and upcoming changes in vehicle norms resulting in price hikes.

Also, according to the FADA president, the first fortnight of January usually see low sales prior to Lohri/ Sakranti. Most OEMs have already announced routine price hikes in December at the beginning of this year. Moreover, with BS-VI Phase 2 and RDE norms coming in April, vehicle buyers should brace themselves for another round of price hikes across all categories. To counter this, Singhania said. “OEMs should announce special schemes so that the retail sales momentum continues.”

All in all, India Auto Inc has driven into 2023 on a sound footing albeit it will have to tackle some challenges along the way if it is to maintain the growth rate this year, which will see a number of new products being launched across segments.