The last month of a forgettable 2019 did not spring any surprises as OEMs preferred to rejig production schedules and dealer inventory to be BS VI future-ready. 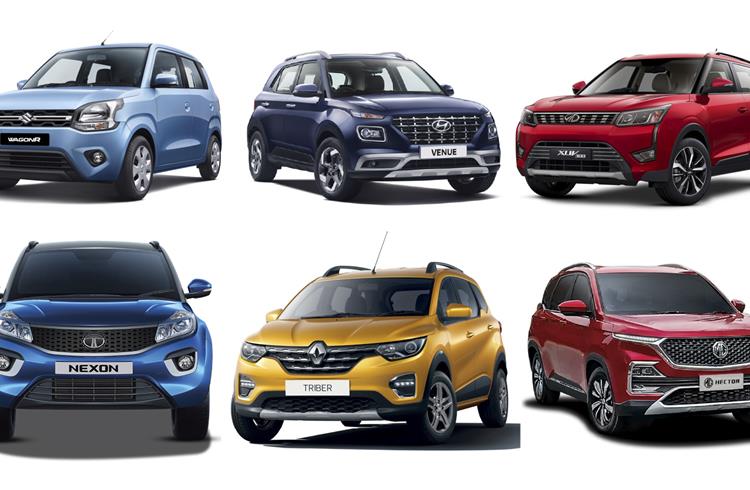 2019 is over and out. The last month of the year had to show in terms of sales as passenger vehicle manufacturers rejigged production schedules and inventory levels to get future-ready ahead of the BS VI mandate from April 2020. OEMs in India report despatches to dealers as sales numbers. An analysis of 10 OEMs' sales in December 2019 reveals overall sales are down by 2.95 percent.

Overall, Maruti's passenger car portfolio, with the boost from the six-member compact cars, totals 91,342 units, up 9.1% YoY (December 2018: 83,729). This is also indicative that growth is gradually returning to the passenger car segment.

Maruti Suzuki also sold a total of 1,360 units of the rebadged Baleno, sold as the Toyota Glanza to Toyota Kirloskar Motor, taking total Glanza deliveries over the nine-month period to 17,950 units.

Hyundai Motor India, which recently revealed its new compact sedan, the Aura, despatched a total of 37,953 units last month, down 9.8% (December 2018: 42,093). The Korean carmaker announced cumulative sales of 691,460 units (-2.6%), comprising 510,260 units in the domestic market (-7.2%) and 181,200 units in exports (13.2%) in CY2019. This constitutes a decline of 2.6% year on year (CY2018: 710,012). The decline would have been a tad more if it weren't for the sterling performance of its overseas shipments, which account for 26.20% of the Chennai-based carmaker's cumulative sales in 2019. From this, it can be seen that the strong export performance has helped buffer the downturn in the domestic market numbers, albeit Hyundai, like other passenger vehicle OEMs, continues to feel the pressure of the poor consumer sentiment and a slowed-down economy.

Mahindra & Mahindra (M&M) sold a total of 15,691 PVs including UVs, cars and vans, a growth of 4% (December 2018: 15,091). Commenting on the performance, Veejay Ram Nakra, Chief of Sales and Marketing, Automotive Division, M&M, said: “Our performance in December is as per year-end sales outlook. Currently, we are also comfortable with our overall stock levels. As we get into the new year, we are fully equipped to roll out our BSVI products and have taken all requisite measures for a smooth transition over the next three months.”

Mayank Pareek, president, Passenger Vehicles Business Unit, Tata Motors, said, “Our focus in December has been to drive retail and minimise the network stock in order to facilitate a smooth transition to BS VI. Our marketing campaigns and attractive consumer schemes resulted in the highest retail sales this fiscal. December retail was 83% higher than the offtake and the dealer network stock has been reduced to lowest-ever level. Having almost completed our planned production and despatches of BS IV, we will start moving to BS VI production and despatches from January and step up our volumes in the coming months.

“We unveiled our first premium hatchback Altroz and Nexon EV and received an overwhelming response. We are gearing up for their market launch now. We are marching into the new year with an exciting product pipeline. We expect a gradual improvement in consumer sentiments and are well positioned to leverage the same,” added Pareek.

Honda Cars India recorded sales of 8,412 units, down 36% (December 2018: 13,139). Commenting on the sales, Rajesh Goel, senior vice-president and director - Sales and Marketing, Honda Cars India said, “Our volumes in December 2019 have been on expected lines. In order to avoid any leftover BS IV stocks, we channelised our resources more towards liquidating them. Our BS IV despatches are finished now so that our dealers can smoothly transition into BS VI regime in the coming months.”

Toyota Kirloskar Motor sold a total of 6,544 units to its dealers (wholesales) in the domestic market in December 2019, a decline of 44.71% YoY (December 2018: 11,836). Naveen Soni, senior vice-president, Sales and Service, Toyota Kirloskar Motor said, “We are consciously lowering the volumes sold to dealers to ensure a smooth transition to BS VI by April 2020 and ensure that there is no pending BS IV inventory at dealerships by March 30, 2020, which will be unsaleable after the transition. We are well prepared for the BS VI transition.”

As regards the company’s outlook for 2020, Soni said, “We would continue to sustain our volumes as 2019. Since we have leadership in the segments we operate in, we would grow at the same pace as the market growth. We will keep working towards introducing innovations and newer technologies in our models keeping in mind the changing needs of Indian customers.”

MG Motor India has reported despatches of 3,021 units of the Hector in December 2019. Since July 2019, the carmaker recorded total sales of 15,930 units. Its second vehicle in India – the MG ZS EV, India’s first pure electric internet SUV – will go on sale in January 2020.

Rakesh Sidana, director – Sales, MG Motor India, said, “As a new entrant in the Indian market, the robust sales momentum of our first offering, the Hector, has been very encouraging. We are working closely with our global and local suppliers to increase the production of the Hector in 2020 to support the booking backlog.”

MG Motor India currently has over 150 dealer centres across India and aims to expand its network count to 250 centres by March 2020.

With the BS VI mandate exactly 90 days away, the coming months will see OEMs actively reduce their BS IV stock and start producing BS VI-compliant PVs. Soem upcoming new product launches and the Auto Expo 2020 in early February will spice up things but whether consumer sentiment and the economy improves remains debatable.