An increase in infrastructure, mining and e-comm have helped the sales numbers 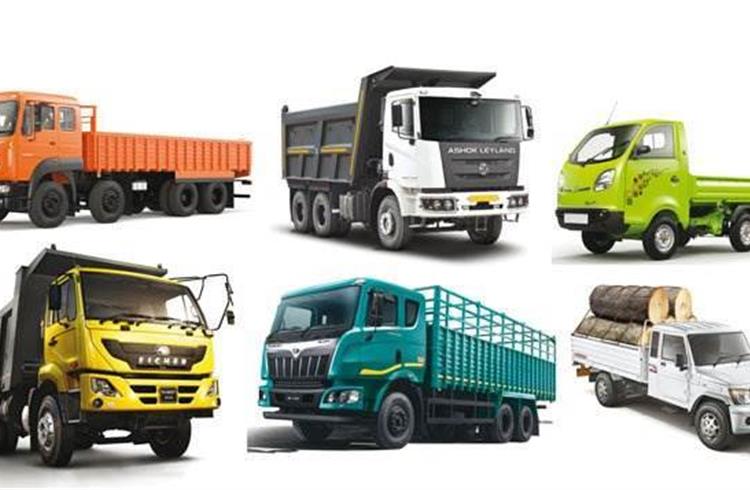 The domestic Commercial Vehicle (CV)  segment continued its uptick in June  with most of the manufacturers seeing a positive sales growth albeit on a low base effect of last year due to the second wave of Covid19.

He said that growth in Q1FY23 has been broad-based across regions and segments. With the CV segment, the  M&HCV and I&LCV segments grew by 104 percent and 138 percent , respectively, over the same quarter (Q1) last year on the back of increased activity in road construction, mining, and growth in agriculture and e-commerce.

The demand for small CV on the other hand  from last-mile distribution  remained robust backed by continued consumer spending. Likewise, the  bus segment saw a recovery, with a 57 percent  increase over Q4 FY22, due to the opening of schools and replacement of staff buses. "Going ahead, we remain cautiously optimistic about overall demand while keeping a close watch on interest rates, transporter profitability, commodity prices and semiconductor availability,” Wagh noted.

Ashok Leyland  reported domestic sales  at  13469 units in June, a 130 percent jump over corresponding period last year when it sold 5851 units, the company said in a regulatory filing. Its medium and heavy commercial vehicle segment truck sales last month stood at  7703 units, as compared to  2259 units in the year-ago month. Likewise, its  sales of buses stood  at 696 units in June  2022 as against  105 in June  2021, reflected the opening up of schools and educational institutions.

Sales of LCVs in the domestic market stood at  5070 units in June 2022  as against 3487 units in June  2021, the company said.  Ashok Leyland has been able to claw back some market share on the back of new  products and variant launches. At present, its penetration in the truck segment stands at around 29 percent.

Mahindra & Mahindra (M&M)  sold 20431 vehicles in June 2022 with all the Light Commercial Vehicle Segments of under 2 tonnes, pickups (2T to 3.5T), >3.5 tonnes and HCVs continuing their growth trajectory in June 2022,” the company informed  in a statement. Within the various CV categories, sales of those LCV < 2T stood at   3410 units June FY723, a 28 percent growth over corresponding period last year.  Similarly, the LCVs in the range of 2-3.5 T grew by 69 percent to 16,405 over the previous period last year. Further, in the LCV  over 3.5 tonne +  MHCV, the sales grew to 616 units which is 78 percent higher over the previous comparable period.

Lastly for VE Commercial Vehicles, the domestic CV market recorded sales of Eicher branded trucks and  buses of 5584 units in June 2022 as compared to 1760 units in June 2021, representing a growth of 217.3 percent .

The consistent improvement  in CV sales comes even as the industry has been witnessing pricing stability prompting all the vehicle manufacturers to keep passing on the price hikes amidst the rise in commodity prices. Tatas announced a hike, its third since the beginning of this year starting July 1.