The CV segment, which had been the most adversely impacted in the past couple of years, needs a growth revival injection in the form of a scrappage policy. 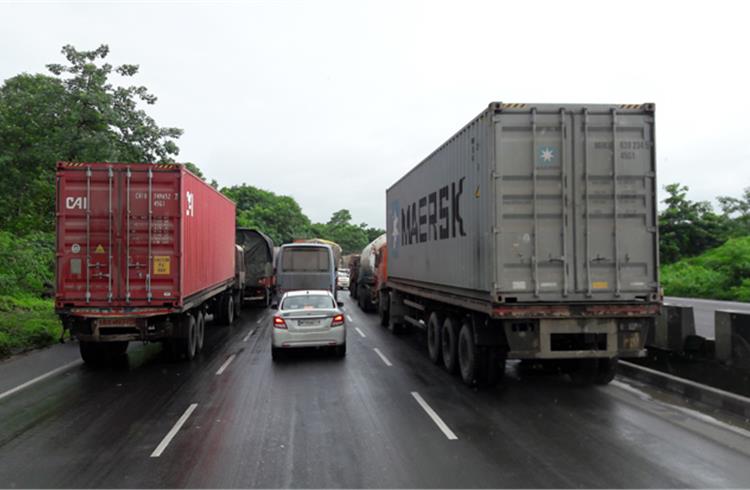 Even as the green shoots of recovery are seen in the passenger vehicle and two-wheeler segments, they are missing in the segment that matters most – commercial vehicles – when it comes to overall recovery of India Auto Inc. Known to be the barometer of the economy, the CV industry’s current fortunes are mirroring that of India’s.

The Q1 FY2021 (April-June 2020) numbers were horrific to say the least. All segments and 13 sub-segments were in the red, with YoY sales declines are all between 68-95 percent. The CV sector is the worst hit with overall sales down 84% at 31,636 units (Q1 FY2020: 208,310). While M&HCVs were down 94% at 4,403 units (Q1 FY2020: 74,333), LCV sales at 27,233 units were down 84% (208,310). Clearly, the industry has doled out its worst-ever performance in over two decades with the impact of coronavirus-induced lack of demand. Furthermore, there is an added caution on the profitability of companies, which had heavily invested into the transition to the BS VI emission norms that came into effect earlier this year in April, and are now looking at extremely delayed returns.

How’s the scene in July?

Not very different. We’ve got our hands on the sales numbers of three CV majors barring the market leader Tata Motors albeit that should not make much of a difference given the general state of lack of demand for M&HCVs and LCVs. Nonetheless, seen month on month, things are improving for the sector albeit rather slowly.

The month of July has offered no respite to the M&HCV segment. The only ray of hope came from the small commercial vehicle segment, as more and more industries, particularly the e-commerce segment, look to catch up to the demand of last-mile deliveries.

The CV industry is in dire need of a growth revival incentive, which can come in the form of the much-delayed vehicle scrappage policy. Speaking at the Q1 results meeting, SIAM president Rajan Wadhera had said: “It is the CV industry that shadows the GDP and the economy. We are forecasting a de-growth of 26-45 percent for FY2021, that itself is a very large de-growth and will not warrant any fresh investments. We don’t see sales reaching pre-2018 levels before the next three- to- four years. Survival is going to be very difficult.”

Over to the government then. 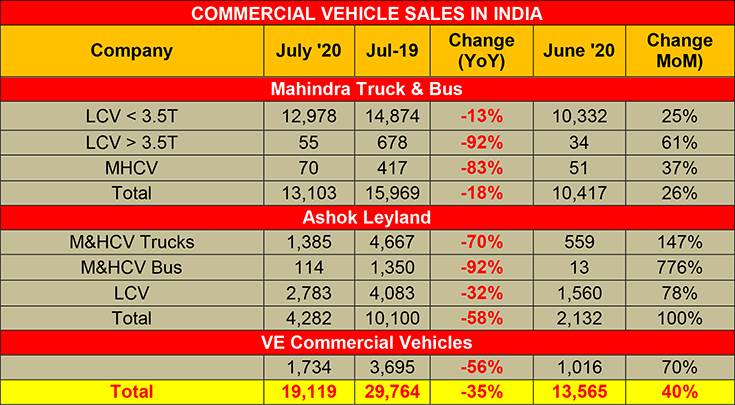