Although the CV industry is not out the woods yet after demonetisation, leading players like Tata Motors and Ashok Leyland have seen an uptick in sales in January 2017. 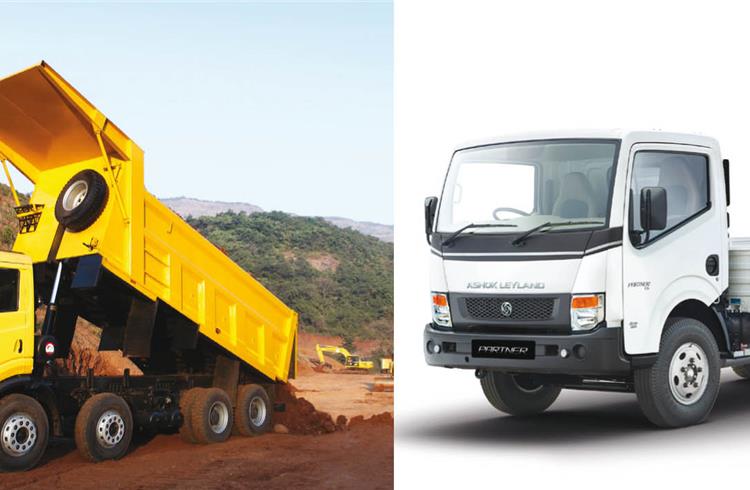 After December 2016’s sluggish sales, January 2017 numbers point to an optimistic scenario for most commercial vehicle manufacturers who had seen reduced offtake after demonetisation.

The upcoming BS IV emission norms from April this year, mandatory for the entire CV industry, are expected to accelerate sales in Q4 of fiscal 2016-17. It appears that the marginal recovery in January sales is an indication of the same trend of customers making purchases ahead of the new regulation, which is likely to hike CV prices.

Speaking to Autocar Professional recently, RT Wasan, vice-president, (Sales and Marketing), Commercial Vehicle Business Unit, Tata Motors, said, “After a sharp decline in November 2016, there is an improvement in December and that gain continues in January. As we approach the April 2017 deadline, there is likely to be strong pre-buying will happen to BS III vehicles. Going forward, the economy is going to be buoyant as the GST is getting implemented.”

How the CV makers fared in January

Tata Motors’ overall sales remain under pressure and declined by 7% in January 2017 to 28,521 units. The rate of decline would have been higher but for demand for construction segment vehicles which grew strongly by 26.5% YoY as a result of road construction projects as well as coal and iron ore mining activities. Sales of intermediate and M&HCV buses sales were also up, by 12%. The company says the  M&HCV segment is witnessing a surge in enquiry levels after a weak Q3.

Truck rentals remain muted
According to the Indian Foundation of Transport Research and Training, (IFTRT), which tracks the truck movements across the country, says, “Despite healthy cargo offerings from agri-food commodities across the country with 30-35% more arrivals into APMCs and a Rs 2 per litre hike in diesel price in January 2017, truck rentals had risen by 6-8% during the first fortnight of January 2017. However, they began to slide into negative territory on most of the trunk routes and as a result net truck rentals remained range-bound with +1%.”

Yet, IFTRT is hopeful that the manufacturing sector may push up production to meet the annual sales target and pass on higher inventories to their wholesale distributors/dealers. This, in turn, may improve fleet utilisation and truck rentals in the industrial hubs in the country.

“Heavy truck sales for January 2017 have been flat or negative despite higher unsold inventory with truck dealers leading to lack of interest. Considerable pre-buying of BS-III trucks before March 31, 2017 by small fleet owners to beat high-priced BS-IV emission norm trucks is expected. Hence, February and March 2017 may not lead to the high BS-III heavy truck sales, as expected by auto majors, operating on National Permit in the country,” says IFTRT.

“The Union Budget 2017-18 seems to have disappointed truck makers and auto financers as the much- awaited endorsement of Voluntary-Vehicle Modernisation Programme (V-VMP) pushed by MoRTH/ Ministry of Heavy Industries to provide Rs 100,000 support on every vehicle proposed to be voluntarily scrapped from next fiscal did not materialise. At the same time, the adverse impact of demonetisation on the supply chain has still not restored truck operator confidence due to lower fleet utilisation. At the same time, GST is generating cross-currents in the truck freight market as it is expected that GST as well as electronic toll collection on highways will significantly improve the fleet utilisation in the next fiscal,” concludes IFTRT.