Europe’s passenger car market is seeing acche din. New car sales were 8.9% higher in Q1 2015 than in the same period in 2014, according to the latest new car 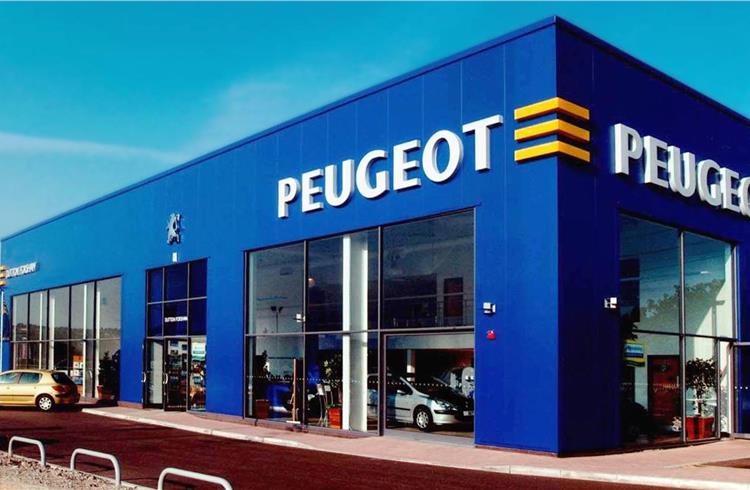 Europe’s passenger car market is seeing acche din. New car sales were 8.9% higher in Q1 2015 than in the same period in 2014, according to the latest new car sales analysis from automotive intelligence provider JATO Dynamics. Sales in March were 11.1% higher than a year earlier.

All of Europe’s five biggest car markets (France, Germany, Italy, Spain and the United Kingdom) have recorded increased volumes in each month of the year so far, with particularly large increases in units registered in March 2015 compared to March 2014. Spain recorded an increase of more than 33,000 units, or 41.1% thanks to an improving economy, continued scrappage incentives supporting private purchases, and a strong rental sector anticipating high demand for hire cars over the Easter and summer periods.

Other strong performances in March came from Poland (up by 35.6%), Ireland (up by 33.2%, due to improved consumer confidence, and lower vehicle and fuel prices in real terms), the Czech Republic (a significant increase in previously postponed purchases by businesses which are now renewing their fleet in an improving economy) and Latvia (up by 25.7%).

Brian Walters, vice-president of data at JATO Dynamics, commented: “The European new car market has now been growing for seven consecutive quarters, demonstrating strong consumer confidence in the motor industry and the vehicles it produces.”

Volkswagen remains the market-leading brand, with an increase in sales of 10.8% in Q1. Ford reclaimed second place by leading the traditionally strong March market in Great Britain. Renault holds third place for the quarter after high sales in January and February, while Opel/Vauxhall’s market share in Great Britain allowed it to claim third place for the month of March.

Top 10 brands
All of the top 10 brands have recorded increased sales for the quarter. Nissan’s 25.7% increase in volume in Q1 was the highest of the top 10 brands, and can be attributed to the introductions of the new Pulsar medium hatchback and new generation models of the Qashqai and X-Trail crossover during 2014. 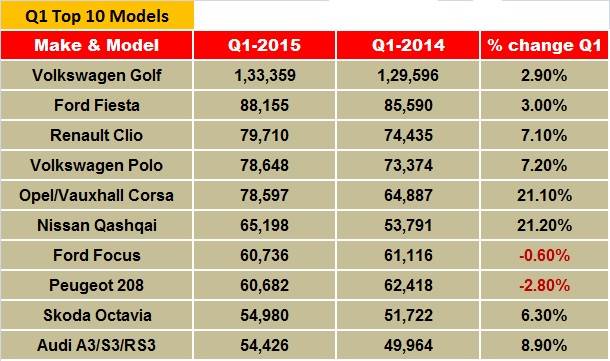 Beyond the top 10 brands, Jeep is the rising star, with the new Renegade and Cherokee models driving a trebling of Q1 sales over last year.

The Volkswagen Golf retained its lead of the market, increasing sales by 2.9% in Q1. The Ford Fiesta claimed second place for the quarter, thanks to market-leading sales in Great Britain, ahead of the Renault Clio.

Nissan’s Qashqai and Opel/Vauxhall’s Corsa ended Q1 with volumes more than 20% higher than the same period of 2014, following the introduction of new generations of both models.

Outside the top 10, Mini increased sales by 99.0% following the introduction of the latest hatchback with the addition of 5-door versions, while new generations of the Mercedes-Benz C-Class, Peugeot 308 and Volkswagen Passat all delivered sales increases of around 40%. 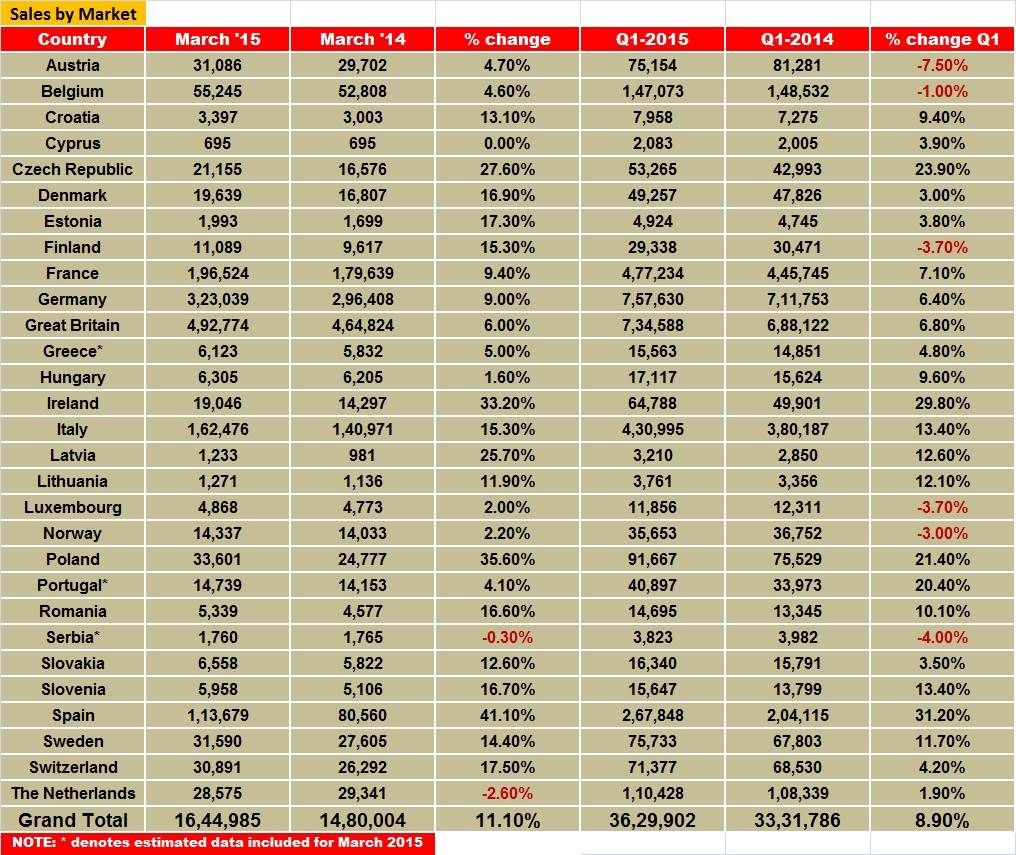