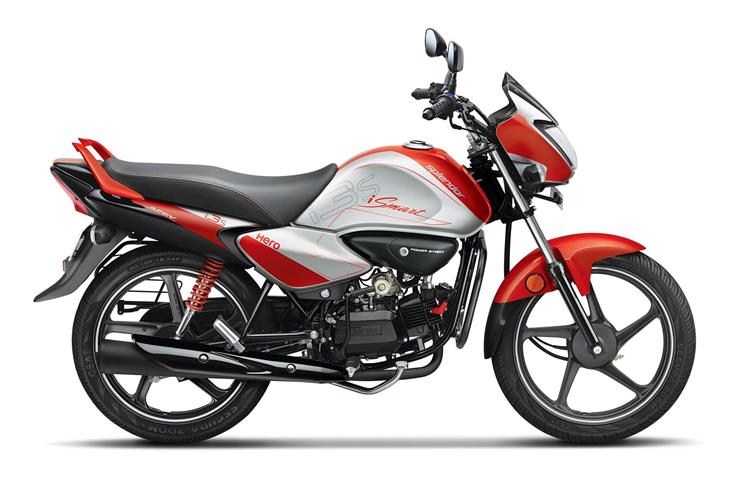 Motorcycles, especially the mass-market commuters, have been the volume drivers in the Indian two-wheeler segment and the past few months have received a shot in tha arm with the return of good sentiment in rural India. Cumulative motorcycle sales totaled 1,054,062 units in January, growing 28.64 percent (January 2017: 819,385).

The segment is seeing a lot of action, with manufacturers having a slew of new models lined up for the year, many having already revealed some at the Auto Expo.

The strong rivalry between Hero MotoCorp and Honda Motorcycle & Scooter India (HMSI) remains a talking point for industry. In the overall two-wheeler market (motorcycles, scooters, mopeds), Hero has a 36.22 percent market share right now, while HMSI has 29.04 and third-placed TVS Motor Co with 14.20.

In the month of January, Hero’s Splendor, the 125ccc commuter offering, leads the Top 10 chart with total sales of 231,256 units, growing 11 percent (January 2017: 208,512). The popular Splendor family, which is well known for its frugal fuel-sipping habit, remains a strong buy particularly in rural India. Hero MotoCorp has recently expanded the range with an updated Super
Splendor, which comes with a brand new in-house developed air-cooled 125cc motor. The new engine comes tuned for better torque and power output, rated at 9bhp.

The Hero Glamour sold 75,533 units, registering a sizeable 98 percent growth (January 2017: 38,204) and closed in at the No 4 position. The motorcycle runs neck and neck with the CB Shine and both cater to the executive commuter segment, with their pleasing styling and being light on the pocket.

Hero MotoCorp’s Passion takes the No 5 spot, with sales of 61,661 units, growing 9.45 percent (January 2017: 56,335) The Passion range has been expanded with Hero launching the Passion Pro and the Passion XPro with an aim of boosting its sales in the domestic market. The new Passion models get Hero MotoCorp’s in-house developed air-cooled, single-cylinder, 110cc torque-on-
demand engine, which also powers the Splendor iSmart 110.

Bajaj Auto’s Platina and TVS Motor’s Apache grab the eighth and ninth positions respectively in the Top 10 list. While the Platina sold 37,136 units (January 2017: 23,963) and grew 55 percent, the
TVS Apache reported sales of 32,647 units. The Apache brand has now also been expanded with the introduction of the Apache RR310, which has given extremely positive first impressions with its looks and performance.

While the bulk of the sales are still concentrated in the commuter motorcycle space, the Indian market is gradually moving to premium products, with companies looking to offer a mix of
sportiness and affordability. Hero MotoCorp recently unveiled its Xtreme 200, which is a step in that direction. According to Malo Le Masson, head - global product planning, Hero MotoCorp, "If you look at the premium market, in India, 70 percent is below the Rs 1 lakh price bracket. So, this is why first we are concentrating on bringing the Xtreme 200R and the XPulse."