On the market share front, Hero MotoCorp remains the leader with 36.22 percent, followed by HMSI with 29.04 percent but Honda has increased its share by two percent while Hero's growth has been flat. 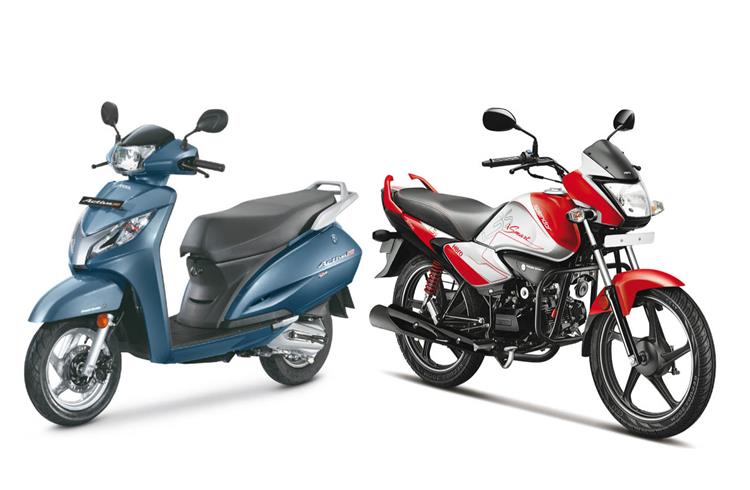 The overall two-wheeler segment including mopeds sold a total of 1,684,066 units in January, clocking smart year-on-year growth of 33.43 percent. Given the pace of sales, it looks like the sector could be headed for record numbers in FY2018.

The top two of the 10 best-sellers list remain the longstanding sparring partners – the Honda Activa and the Hero Splendor, which are individually the best-selling scooter and motorcycle respectively. Given the robust demand for scooters in the country (a total of 553,695 scooters were sold in January – +48.29%), it is not surprising that the Honda Activa remains the top-selling two-wheeler in the country, selling 235,826 units, growing 24 percent (January 2017: 196,996). The company also launched the new iteration of the scooter, the Activa 5G at the Auto Expo, which now gets some aesthetic tweaks and convenience features.

At No 2, the Hero Splendor sold a total of 231,256 units, growing 11 percent, where the motorcycle sold 208,512 units in January 2017. Hero MotoCorp recently rolled out a new updated Super Splendor in a bid to consolidate its position in the 125cc category. The model gets the company’s in-house-developed, air-cooled, single-cylinder, 125cc torque-on-demand engine, which produces peak power of 9bhp at 7000rpm. The self-start, drum-brake alloy-wheel variant of the Super Splendor comes with a price tag of Rs 56,215 (ex-showroom, Delhi).

While it is slightly lagging behind the Honda CB Shine, the Hero Glamour bagged the No 6 spot overall and ranked the fourth best selling motorcycle with sales of 75,533 units, growing at a considerable 98 percent. Besides these two models, the Discover 125 and the V12 from Bajaj, along with the Yamaha Saluto make for the other market options for customers in the highly dense 125cc segment.

Another scooter in the list that is majorly dominated by motorcycles is the TVS Jupiter, which has been one of the strongest brands in the market, after the Honda Activa. The Jupiter ranked at the No 7 spot and sold 64,990 units, growing 25 percent (January 2017: 51,868).

Hero MotoCorp’s Passion follows next with sales of 61,661 units, growing 9.45 percent (January 2017: 56,335). The company has recently rolled out two new upgraded models under its Passion brand – Passion Pro and Passion XPro – with an aim to boost its sales in the domestic market. The new Passion models get Hero MotoCorp’s in-house developed air-cooled, single-cylinder, 110cc torque-on-demand engine, which also powers the Splendor iSmart 110.

Bajaj’s Pulsar, which reported sales of 56,919 units in January, saw sales rise 56 percent (January 2017: 36,456). Meanwhile, Royal Enfield’s bestselling model Classic 350 went home to 53,221 units, posting growth of 35.10 percent YoY. The fast-growing company had introduced the Redditch series in its Classic 350 range in January 2017. The Redditch Classic 350 models are understood to have contributed smartly to the growing demand for the Classic 350 models in the domestic market.

With a slew of new product showcases done at the Auto Expo, the Indian two-wheeler segment is set to witness aggressive action, with new models expected to bring some excitement in the buzzing space.