India’s largest two-wheeler manufacturer, Hero MotoCorp reported total sales of 629,597 units for February 2018, thereby growing at a healthy rate of 20 percent YoY. It had sold 524,766 units in February last year. According to the company, February 2018 was the ninth month (in the ongoing fiscal) when it registered monthly sales breaching the 600,000 unit mark.

In December last year, the company had rolled out the 110cc Passion Pro, Passion XPro and the 125cc Super Splendor. These new facelifted models were planned for phase-wise launch across the country starting from January 2018.

In January-February this year, the company has unveiled its aggressive approach for the scooter and the premium motorcycle segments. It has not only taken covers off its first 200cc offering to the market – Xtreme 200R – but it has also showcased the adventure motorcycle, the XPulse, which will share the same 200cc engine with the Xtreme 200R. The company has also unveiled its 125cc scooters (Duet and Maestro), clearly indicating its foray into the surging category in near future. On the aftersales front, the company has achieved yet another milestone. It unique customer care program – Hero Joyride – has crossed the one million registration mark.

Meanwhile, India’s second largest two-wheeler maker, Honda Motorcycle & Scooter India has been registering its own milestones. The company has sold 489,591 units in February 2018, up 32.28 percent YoY. Last month, it sold 164,398 motorcycles (up 37 percent) and 325,193 scooters (up 30 percent). It is the largest volume gainer YoY among all the two-wheeler manufacturers in India. It has added additional volumes of 119,469 units last month alone.

Commenting on Honda’s performance, Yadvinder Singh Guleria, senior vice-president - Sales & Marketing, HMSI, said, “FY2017-18 is already shaping up as a historic year for Honda. For the first time, Honda created a new record of adding one million plus incremental customers (during April 2017 – February 2018) and exports too have breached the 300,000 unit mark in less than one fiscal.” 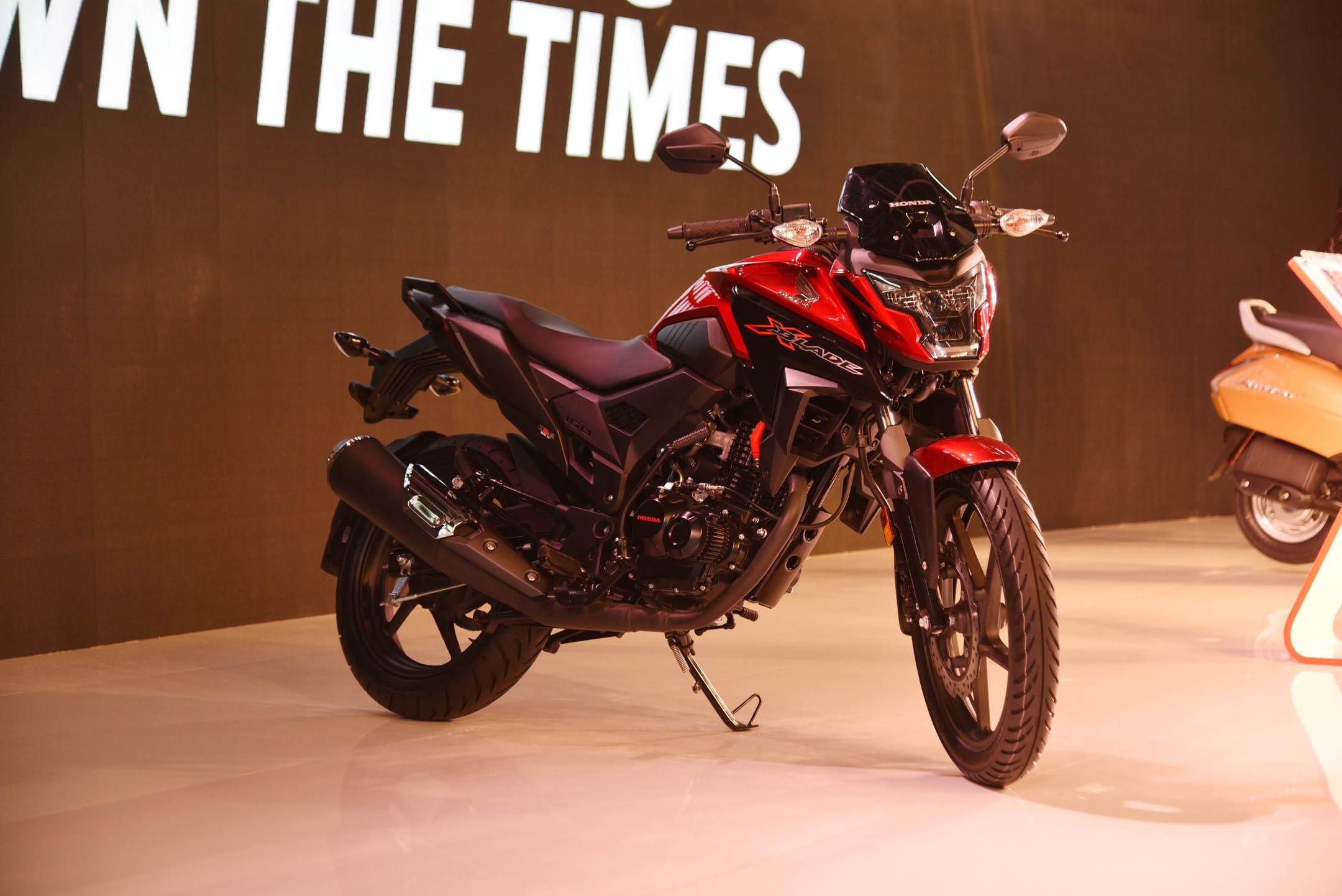 Adding about Honda’s presence at the recently concluded Auto Expo, he stated, “At the Auto Expo, Honda unveiled its transformation theme showcasing the league of LEDs and the all-new X-Blade motorcycle (pictured above) that will hit the market this March 2018.”

TVS Motor Company, India’s third largest two-wheeler player and second largest scooter manufacturer, has reported sales of 230,353 units in February 2018, up 33.45 percent YoY. It had sold 172,611 units in February 2017. The company has recently two top-of-the-line products for the domestic as well as the potential export markets. It has launched the midsized Apache RR 310 motorcycle and the 125cc NTorq 125 scooter. 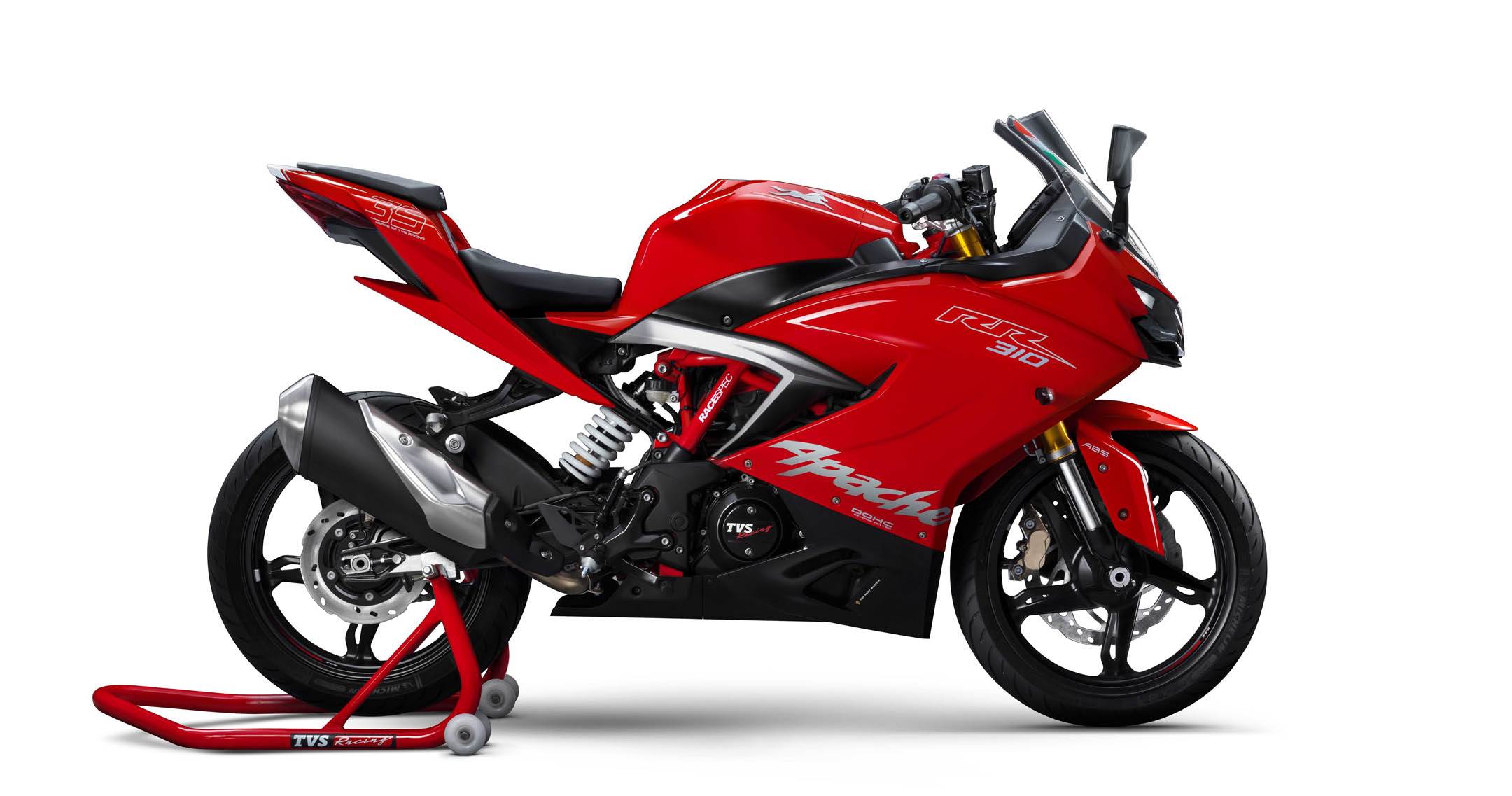 Both premium products are expected to consolidate not only its product portfolio but also its brand perception in the domestic market. With both the new motorcycle and new scooter, TVS Motor has forayed into the respective categories for the first time, which clearly underlines its intent to move higher up in the value chain of offering premium products.

Royal Enfield has reportedly sold 71,354 units in February 2018, which marked a YoY growth of 25.76 percent. It had sold 56,737 units in February last year. The company has recently added new models – 350X and 500X – to its Thunderbird range with an aim to further boost sales. The new models merely add new cosmetic changes to the existing models thereby enhancing their urban appeal. It can be recalled that the company had made a similar effort when it had rolled out its Redditch series. The series contributed successfully in increasing the demand for its bestselling model – the Classic 350. It is yet to be seen if the new colourful Thunderbird models would be able to replicate the same strategy.

Suzuki Motorcycle India has reported sales of 46,147 units in February 2018, up by 37.17 percent YoY. On the cumulative front, the company has recorded total sales of 522,929 units (domestic + exports) in the past 11 months, which is a new record for the company in India. With this, the company has also successfully achieved its target of selling half-a-million units in FY2017-18. 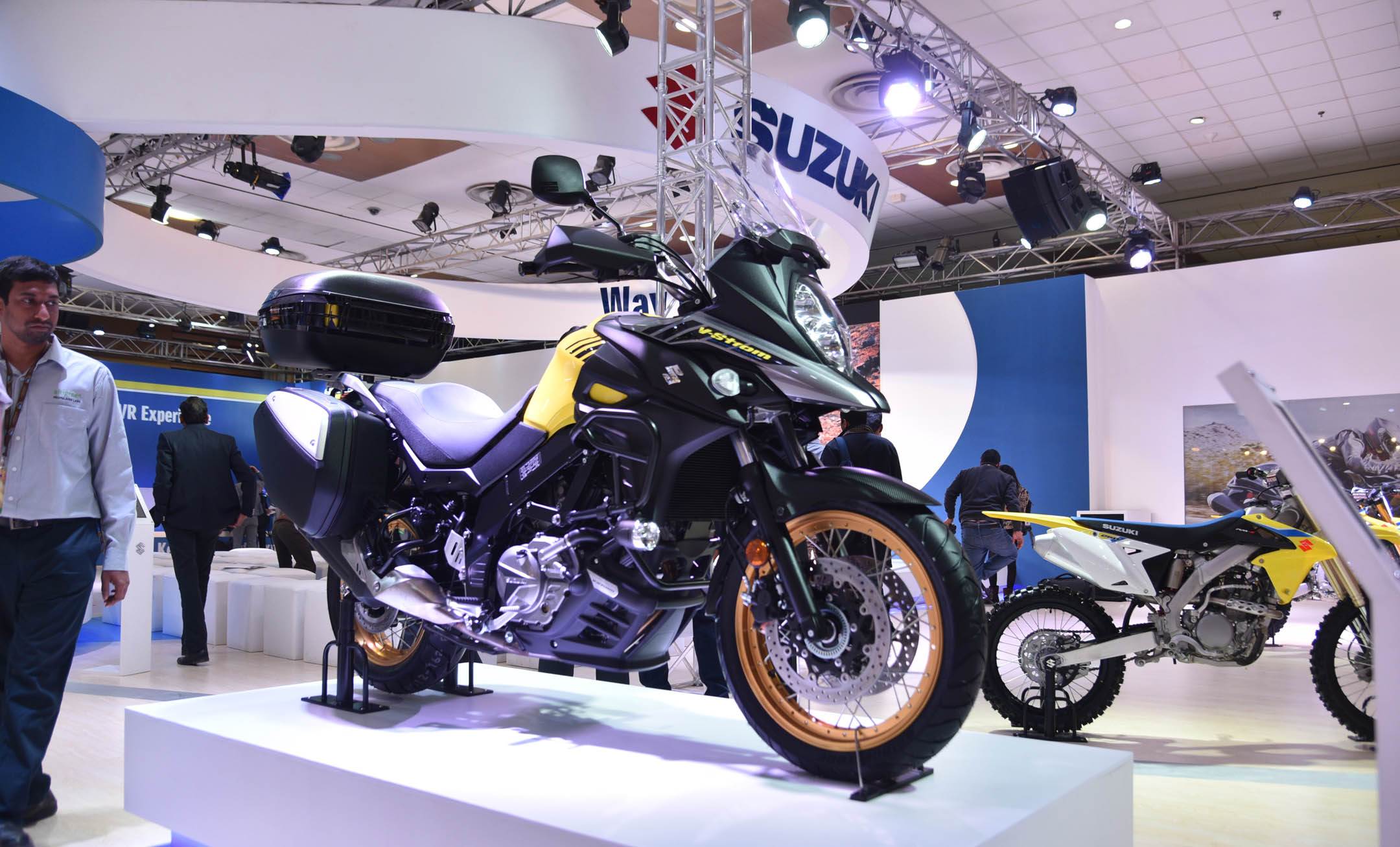 Commenting on Suzuki’s performance, Sajeev Rajasekharan, EVP, Sales and Marketing, Suzuki Motorcycle India, said, “The year 2018 has proved to be a very successful year for Suzuki Motorcycle India as we have surpassed the five-lakh unit sales milestone. At the Auto Expo 2018, we showcased our roadmap for the coming year with the new Burgman Street, the GSX-S750 and the Intruder FI. The feedback from both, our existing as well as prospective customers has been great so far and we are looking forward to launch both these products soon. Backed by a robust product portfolio that is leveraging from the paradigm shift in customer preference towards premium motorcycles and premium scooters, we are now geared up towards ending the financial year on a strong-note, and build on this foundation for future-growth.”

Most two-wheeler manufacturers are optimistic about the coming fiscal, FY2018-19. As the industry is moving towards the adoption of the path-breaking emission norms (BSVI in 2020), it is bullish on the ever-increasing demand across the market. Scooters remain the segment to watch out for in the coming months as a large base of customers are expected to migrate to the premium models over time.