As OEMs and the government debate diesel pricing and a proposed tax on diesel-engined cars, we speak to the captains of Indian industry. Is there a way out? 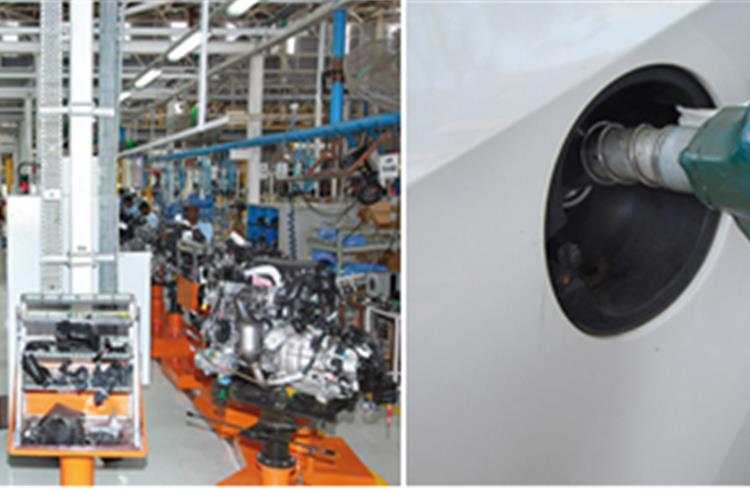 For the last six weeks, the debate between the government and OEMs on the subsidised pricing of diesel and a proposed one-time tax on diesel cars has dominated headlines in the media.

Just over a month ago, petrol prices were hiked the highest since June 2010, and in May 2012, sales of cars rose by just 2.78 percent, a clear indication of the impact of more expensive petrol. The price differential between a litre of diesel and free market-priced petrol (since June 26, 2010) has widened substantially from Rs 13.90 to Rs 31.17 on June 3, 2012 (see fuel price difference table) in Mumbai.

For OEMs, this has been a hot-button issue. The swing to diesel and the way the government will handle the diesel policy has implications for investments going into tens of thousands of crores. It’s not an open-and-shut case for diesel policy and the government needs to react smartly to it.

So let’s look back at some of the earlier developments. In 2010 the Kirit Parikh committee recommended aRs 80,000 excise duty on diesel cars, saying that 15 percent of diesel was consumed by passenger cars. However, SIAM responded by saying that only less than seven percent of total diesel fuel sales in the country is consumed by passenger vehicles.

As a result of the spiralling petrol prices, OEMs have had to adjust to the huge consumer swing towards diesel vehicles, which has led to some of them cutting down or stopping petrol car production to avoid inventory pile-up and on the other, work closely with the supply chain and plan accordingly.

Automakers met with the finance ministry on June 6 (attended by Maruti Suzuki, Tata Motors, Mahindra & Mahindra, Hyundai Motor India and Mercedes-Benz India) to provide the information asked for by the ministry. A senior SIAM official points out that this was a positive move as usually the government doesn't consult SIAM before imposing any new tax.

However, what got them worried was petroleum and natural gas minister Jaipal Reddy's reported recommendation that a duty be levied on diesel cars – from Rs 1.70 lakh to Rs 2.5 lakh – essential to cool down the heated-up market demand for such cars.

A day later, speaking to the media in Mumbai, PawanGoenka, past president, SIAM and president, automotive and farm equipment sectors, Mahindra & Mahindra, said: “Passenger vehicles consume 6.8 percent of diesel. About 1.6 percent of that is consumed by vehicles for personal use, and 0.5 percent of that by ‘affluent people’ owning vehicles of Rs 10 lakh and above." The SIAM delegation put across two proposals to tackle the fiscal deficit, which is the reason the government wants to tax diesel – raise diesel prices gradually or have a dual- pricing system.

“The government can increase diesel price by Re 1, cut petrol price by Rs 6, and still generate additional revenue,” says Goenka. “A five percent increase in excise duty will earn it Rs 2,500 crore. A hike of Re 1 per litre of diesel will fetch Rs 6,000 crore,” affirms Goenka.

SIAM feels that any further widening of diesel and petrol prices will make it difficult for the government to reduce the gap later. So something has to be done now.

The difference between prices of these two fuels was 30 percent in January 2010, now it is 75 percent.

On May 29, SIAM had called upon the Centre to reduce the price differential between petrol and diesel at the earliest to offset the huge imbalance in car demand patterns after the recent petrol price hike. It had asked for a moderate hike in the administered price of diesel by Rs 2 to 4 per litre. It also urged that positive policy measures be taken to make petrol cars more attractive to buyers rather than penalising diesel cars. The latter would make them commercially unviable, stifle car sales and impact revenues. “Such a move will only kill the golden goose which can contribute over Rs 20,000 crore of excise to the exchequer every year,” cautioned S Sandilya, president of SIAM.

He said that the Union Budget has already hiked excise duties by 2 to 5 percent on all vehicles including diesel cars with the maximum hike of five percent being imposed on over 1500cc-engined cars.

This has raised the total excise burden on midsized and large cars to 27 percent. Since diesel cars are costlier than petrol ones by uptoRs 1 lakh, they contribute more to government revenues compared to petrol cars. Therefore, any further hike in excise on diesel cars is not required, said SIAM. “This is the highest excise duty on any state-of-the-art, manufactured engineering product,” Sandilya concluded.

If the decision to increase excise duty on diesel vehicles does go through, it will be bad news for automakers that have already seen their sales flag in a slowing economy. The auto industry contributes to 6.5 percent of India’s GDP, and the target is to reach 10 percent by 2016.

The finance ministry has not yet taken a decision on the proposed tax. It has sought more information from SIAM before it does so. Till then, OEMs and diesel vehicle buyers, will be keeping their fingers firmly crossed.

Autocar Professional sent out a questionnaire to some key automakers in the country. Here are the candid replies of the ones who responded before this issue went to press.

Do you support an additional tax on diesel passenger vehicles?

Taxing diesel cars is not a solution. Imposing additional tax will further affect the industry which is already under pressure due to higher interest rates and increase in petrol prices. The government should look at either deregulating diesel or marginally increasing its price.

A hike in diesel prices may lead to further inflation, hence a need to impose tax on diesel passenger vehicles. Do you agree?

Given the option of either increasing diesel prices or imposing tax on diesel cars, our proposal would be to increase the price of diesel fuel for economic growth.

How flexible is your company’s engine production programme?

Since we started operations, we have maintained a flexible manufacturing system for both petrol and diesel cars. On the basis of market need, we can modify it for our car lines.

Are you agreeable with an additional tax on diesel-engined passenger cars?

Certainly not. The last one-and-a-half years have been very challenging with a slowing economy, the rise in fuel prices, high interest rates, high commodity prices, high inflation, and negative market sentiments, resulting in decline of consumer confidence and vehicle sales. The Budget has already upped excise duties. Passenger cars are now one of the highest taxed commodities in the country and the increase in excise duty has further brought the market down. Therefore, any additional tax on diesel vehicles will be counter-productive.

Is hiking diesel price a better option than imposing an additional tax on diesel vehicles?

Yes, definitely. An additional tax on diesel vehicles will affect the growth of an already sluggish automobile sector and impact jobs as well the sectoral share of manufacturing contribution to GDP. A five percent increase in the excise duty of diesel cars would fetch only Rs 2,500 crore while an increase of Re 1 per litre of diesel will fetch Rs 6,000 crore to the government. Therefore, increasing diesel price is the best option.

There can be marginal inflation but the need is to address the supply side. Of course, increasing diesel prices has socio-political considerations. This can only be a short-term approach as crude prices keep fluctuating. The market-driven price is the best approach.

The government should decontrol diesel prices as has been done for petrol so that the Budget deficit can come down. Alternatively, the government can opt for dual pricing of diesel that will generate revenues and address the diesel consumption by private owners without being detrimental to the industry at large.

Can you quantify the drop in sales of petrol variants in GM India’s range?

How swiftly can you shift between petrol and diesel at your Talegaon plant?

We follow flexible manufacturing and sales strategies to be competitive in the marketplace. We align our production to market demand and observe NPDs to avoid inventory build-up.

Is the current environment in India conducive for fresh investments?

The current environment is not conducive. Government should help create a growth-conducive environment for the Indian automotive industry. Long-term investment decisions are predicated on and require stable government policies. Short term, reactionary decisions are not conducive to growth in any industry, especially the automotive industry which generates significant employment and economic impact.

What is your view on the proposed tax on diesel passenger vehicles?

Such a proposal will not solve any problem. It will not necessarily move demand back to petrol from diesel. Instead, it will kill overall demand. By levying an additional tax of five percent on diesel vehicles, the government will be able to garner merely Rs 2,500-6,000 crore, whereas an increase in diesel fuel prices by even Rs 1 will result in higher proceeds of Rs 6,000 crore for the government’s coffers.

Is hiking diesel prices preferred over an additional tax on diesel vehicles?

In the current situation, the price gap between diesel and petrol is neither acceptable nor desired. We feel that diesel should also be deregulated. Its price should increase in tandem with the petrol prices.

If you look at the overall consumption of diesel by the auto industry, it is not very substantial. Therefore, an increase in the price of diesel should be the only decision the government must take. One can maintain a difference but it cannot keep growing.

Has the small volume of M&M's petrol cars been affected?

Diesel vehicles are benefitting. Last year, the ratio of diesel to petrol vehicle sales has become a lot more tilted towards diesel. For Mahindra, 99 percent of our vehicles are diesel engined.

Is the current environment investment-friendly?

The current environment is not conducive. One will have to re-look at the investment plans including the locations of the plants. 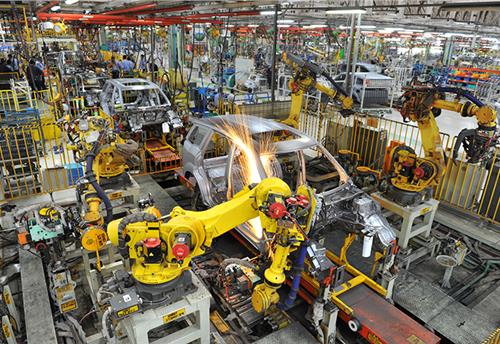