With YoY growth of 13.69 percent, double-digit growth returns to the bike market after five long years. This recovery comes on the back of growth across many sub-segments, particularly the 100-200cc commuter bike category. 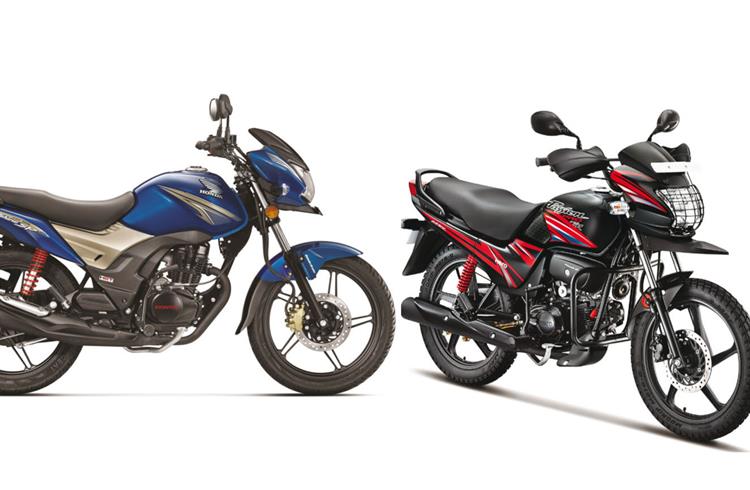 It is well known that Hero MotoCorp’s trio – Splendor, Passion and HF Deluxe – have had a history of being India’s top three selling motorcycle brands year after year. Honda, with its bestselling motorcycle brand – CB Shine – now appears to have broken into this territory for the first time in a financial year.

The Honda CB Shine is now India’s third largest selling motorcycle brand with sales of 987,271 units (up 27.06 percent YoY) in the last fiscal. On the other hand, the Hero Passion, which is now the fourth largest-selling motorcycle line up, has secured cumulative domestic sales of 930,996 units (up 6.96 percent YoY) in FY2018. This marks a notable rise for the Honda CB Shine, which continues to be a performer for the company YoY.

Meanwhile, Hero MotoCorp has recently updated the 110cc XPro and Pro models within its Passion portfolio to correct its declining sales. The improvement in its monthly sales for March (2018) can be seen as the company has reportedly dispatched 1,05,214 units (up 23.54 percent YoY) under its Passion line up.

Autocar Professional forecasts that Hero’s HF Deluxe and Honda’s CB Shine may achieve historic sales milestones respectively in FY2017-18. Given the market growth for both these popular commuter motorcycle brands, Hero’s HF Deluxe may breach the two million-unit-mark in FY2019 for the first time. Similarly, Honda’s CB Shine may breach the one million-unit-mark for the first time by the end of the ongoing fiscal.

The Hero Passion, in the meanwhile, may recover its yearly million-unit volumes in this financial year, given the new Passion Pro and XPro models generate sales for Hero MotoCorp.

TVS Motor Company’s Apache range stood at the tenth position in the list with cumulative sales of 3,99,035 units in FY2018. The Apache range has reported a dynamic YoY growth of 34.64 percent during the last fiscal, all thanks to the solid product strategy executed by the company over time.