Analysing the growing popularity of the mid-size motorcycle segments in India. 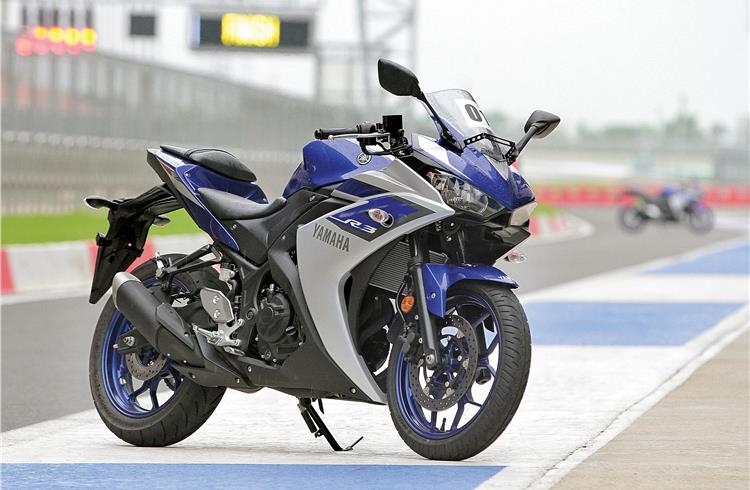 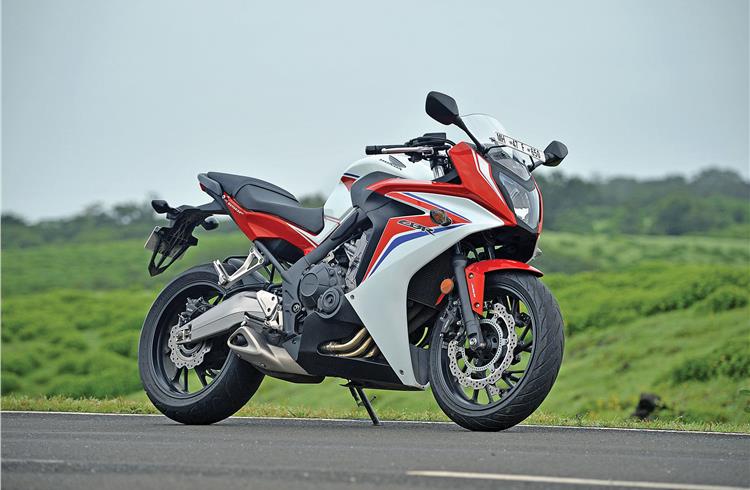 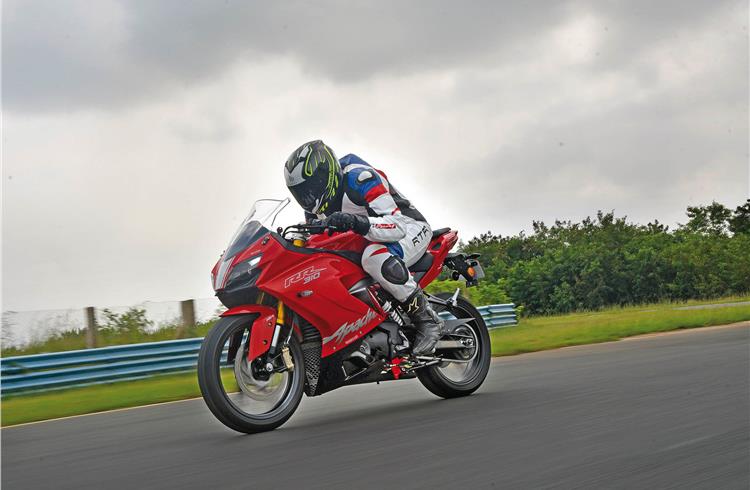 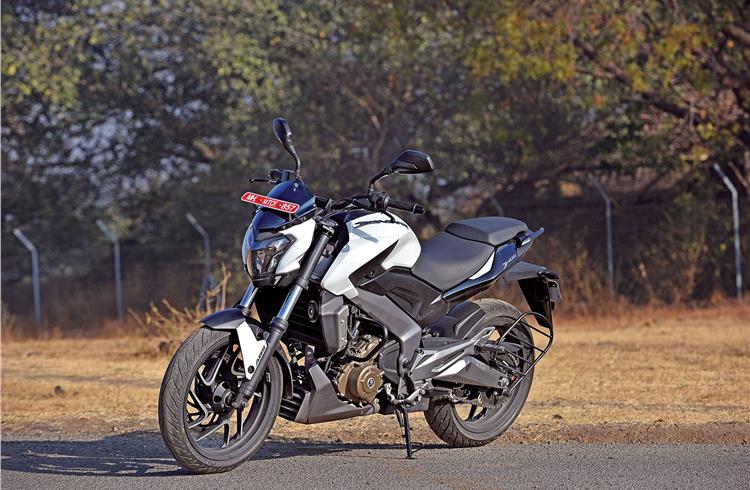 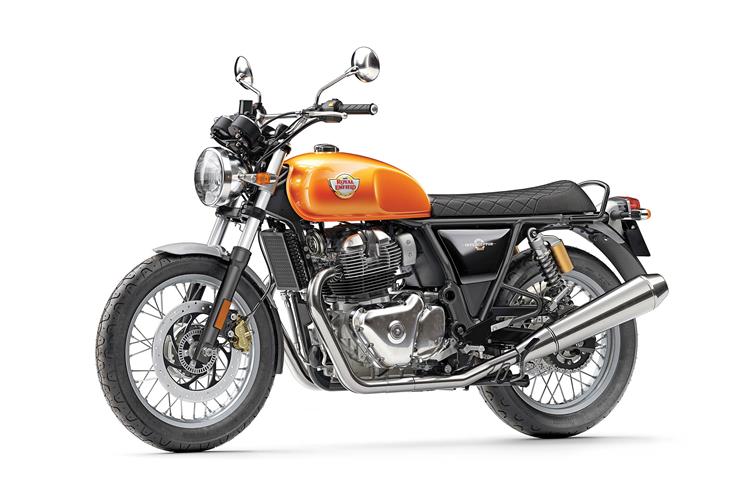 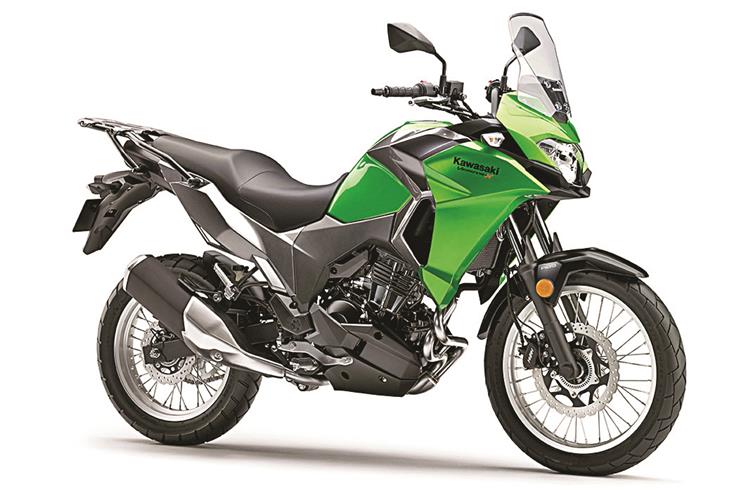 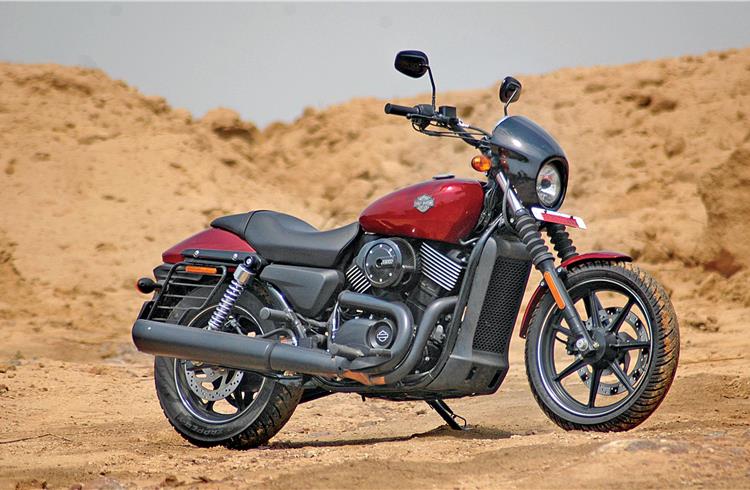 Young India and the ‘young at heart’ are driving premiumness like never before. Be it watches, cellphones, hi-fi kit, apparel or vehicles, manufacturers of premium products have never had it so good as a young, upwardly mobile population with considerable disposal income splurge on the products they desire.

The just-launched TVS Apache RR 310 is the latest entrant in the surging domestic mid-capacity motorcycle segment. While it marks TVS’s entry in the midsize motorcycle class, its strategic German partner, BMW Motorrad is also slated to ride into this category in 2018.

Notably, the Apache RR 310 is TVS Motor’s flagship and most premium product yet. On the other hand, BMW’s incoming G 310 R and G 310 GS motorcycles that serve the street-naked and adventure-touring categories respectively, are going to be its most affordable entry-level offerings globally.

The mid-capacity motorcycle segment can be broadly segregated into two sub-categories in terms of engine displacement – 250cc to 500cc engines, which power the smaller and affordable models, and 500cc to 800cc engines that conventionally sit at the premium end.

That said, it is noticed that big bike makers the world over are shifting towards lighter models that offer easy-to-handle riding dynamics along with lower and more accessible seat height, thus making them more practical for city commutes without compromising on their highway-friendly applications. A few prominent examples of this global trend would include heavyweight manufacturers like Harley-Davidson’s Street platform, Yamaha’s mid-capacity MT-03 and MT-07 and Ducati’s Scrambler range among others. The midsize engine categories offer these advantages by default unlike the litre-class or even bigger powertrains. Several veteran motorcycle riders have pointed out that litre-class or even bigger motorcycles do offer class-leading peak power and torque outputs. However, it largely remains unused. Additionally, the big bikes are also tedious to handle in typical Indian traffic conditions.

On the commuter side, OEMs are gradually upgrading higher up the value chain with 200cc, 250cc and 300cc motorcycles to keep up with the rising aspirations of riding aficionados in India. As a result, we see Bajaj Auto, Royal Enfield, TVS, Hero MotoCorp, India Yamaha Motor, Suzuki Motorcycles India and others increasing their focus on this segment. Ace of pace: New TVS Apache RR 310 developed as a premium sportsbike and is  good even for urban duties.

Bajaj Auto, after acquiring a 48 percent stake in KTM AG, and Royal Enfield have been the key drivers of the midsize motorcycle segment in India. While Royal Enfield stands out as the category leader, arguably not just in the domestic market but also globally, the Bajaj Auto-KTM product portfolio has helped expand the market with their 200 Duke, RC200, 250 Duke, 390 Duke and RC 390 model range in India. Venturing into small displacement models with the help of Bajaj Auto’s manufacturing prowess in India, KTM has now become the largest European motorcycle company.

The TVS Motor-BMW Motorrad alliance will fetch similar benefits to both the companies –  while TVS will scale up its premium product portfolio, BMW will scale up its volumes with affordable entry-level offerings.

The recent alliance between Bajaj Auto and the UK’s Triumph Motorcycles also aims to capitalise on the same market potential globally. India’s surging midsize bike categories are a key market for both players.

An Autocar Professional study estimates that midsize motorcycles have sold more than 580,000 units during the April-November 2017 period in India. This also takes into account sales by companies (such as Ducati India, DSK Benelli and UM India) which do not report their numbers to SIAM regularly. It is estimated the overall mid-capacity motorcycle market has recorded a year-on-year growth of about 32 percent, which is impressively higher than the overall two-wheeler market growth of slightly less than 10 percent. Speaking to Autocar Professional recently, Arun Siddharth, vice-president – marketing, premium two-wheelers, international business and TVS Racing, TVS Motor Company, said, “We expect it to grow further because demographics are supportive. Going forward, it appears that the market will clearly be driven by what applications people want. In this segment, riders are very clear about what they want from their motorcycles. So there will be multiple formats, and all of them will be equally successful. The differentiation will come in the form of how the product strategies (for each of these segment-defining products) will evolve as unique stories. It will be a very interesting space to watch out. Many sub-segments will emerge and this will happen a lot faster. As new technologies (ABS, EFI and others) are coming in, riders will eventually get used to them once they start seeing value in them.” TVS Motor aims to sell about 10,000 units of the latest model under its Apache umbrella in the domestic as well as export markets within the first year. Total sales of its premium offerings under the Apache brand, according to TVS' senior management, are expected to hit the three- million-units mark soon. According to Siddharth, nearly 40 percent of buyers in the midsize motorcycle segment are first-time customers. His observation resonates with what Roy Kurian, senior vice-president – sales and marketing, Yamaha Motor India Sales, had pointed out to Autocar Professional a few months ago. “The midsize segment customer is upgrading from the typical 125cc-150cc motorcycles. More customers will step into this segment in the next three years, thanks to the new emission and safety norms, and also increasing disposable incomes among the buyers. Hence, they would like to have motorcycles with bigger powertrains. I believe that a lot of traction will happen around the entry-level 250cc segment. Besides the buyers who are upgrading from smaller models, the majority of first-time motorcycle customers would be coming to the entry-level midsize segment because aspiration levels are growing rapidly. These aspirations are triggered by the imported CBUs (Completely Built Units) now often seen on the roads. Although not everyone can afford a big muscular superbike, stylish value-for-money, mid-capacity, practical and performance-oriented motorcycle will be bought by such customers. I do see a lot of fresh motorcycle customers opting for the Yamaha FZ 25 and Fazer 25 models,” Kurian had said in September 2017. As buyers are becoming clearer with the applications that they seek on their motorcycles, new categories, once prominent only in the superbike segment, are gaining ground. These include street and sports, classic or heritage (retro-modern), adventure, cruiser and scrambler. While Royal Enfield is leading the charge in the classic or heritage class, Yamaha tops in the street category with its FZ25. The FZ25, attractively priced at Rs 120,000 (ex-showroom, Delhi), has sold more than 25,000 units in the ongoing fiscal thus far. In the single-cylinder setup, it competes with the Benelli TNT 25 and KTM 250 Duke. The latter is estimated to have sold about 5,000-6,000 units between April-December 2017, in the quarter-litre category. In the slightly larger engine displacement of 300cc-400cc, the Bajaj Auto-KTM combine has sold about 20,000 units during the eight-month April-November 2017 period. These numbers include retails of the Dominar 400, KTM 390 Duke and RC 390. The RC 390 competes with the recently launched TVS Apache RR 310 in the sports category as both are track-focused models. At the entry level, in the twin-cylinder engine setup, Kawasaki (Z250 and Ninja 300), Yamaha (YZF-R3) and Benelli (TNT 300 and 302R) compete with their respective motorcycles. And, at the more premium end, Kawasaki, Triumph, Honda, Harley-Davidson and others vie for the growing tribe of riders in India. Scrambler is one of the best-selling models for Ducati globally.

Kawasaki, which has recently set up its own assembly plant in Chakan after moving out of Bajaj Auto’s Akurdi facility earlier this year, is an aggressive player in the midsize category. The Japanese major has recently added new models like the Versys X-300, Z650 and Z900 to its portfolio, besides refreshing all key existing models with the latest global editions.

Triumph Motorcycles too is redefining the midsize category with its performance-oriented models such as Daytona, Street Triple RS and Tiger 800 range. Notably, the British bike brand continues to play an instrumental role in nurturing the tribe of adventure motorcyclists, who are increasingly taking to off-road trips on the countryside.

Triumph Motorcycles India leads in the premium adventure motorcycle category, a class that is fast taking shape with growing understanding of its relevance on the road conditions in India.

Royal Enfield played a pivotal role in boosting the demand for mid-capacity adventure motorcycles by launching the single-cylinder 411cc Himalayan off-road motorcycle in 2016. The model, which averaged retail sale of about 1,000 units per month initially, later failed to keep up to the company's expectations due to severe quality issues.

The Kawasaki Versys X-300, powered by the same twin-cylinder, 300cc engine from the Ninja 300, is the smallest-capacity off-road motorcycle on offer in India today.

Among other OEMs which locally manufacture/assemble motorcycles is UM India, which sells the Renegade Commando and Sports S models in the cruiser category. The single-cylinder, 280cc models are retailed in the Rs 158,000-Rs 200,000 price range (ex-showroom).

The list of expected upcoming midsize motorcycles (detailed on page 112) appears to be even more interesting and exciting. The world's largest two-wheeler maker, Hero MotoCorp, is expected to soon step into this thriving segment. While the company showcased its adventure bike concept – the XPulse – at EICMA 2017 in Milan, sources point at new midsize model(s) under development at the company’s R&D facility in Jaipur.

Talking to Autocar Professional in this context at the Milan Show in November, Pawan Munjal, CMD, Hero MotoCorp had said, “Having seen this (the X Pulse), you will see some of the products at the Auto Expo and the directional posture that Hero MotoCorp has taken. We are putting a lot of focus on some of the areas such as the high-growth segments. Some of our upcoming products must answer this exact question (of midsize offerings from its stable).”

The global platform also saw the unveiling of Royal Enfield’s twin-cylinder 650cc Interceptor 650 and Continental GT 650 models. While the company aims to consolidate its export business with these two new models, which will be launched in foreign markets before they hit the showrooms in India, they are aimed at the large populace of Royal Enfield riders as upgrade options.

Meanwhile, BMW Motorrad’s 310cc models are scheduled for an India launch in 2018. Kawasaki too is scheduled to bring its Vulcan S premium cruiser in the 650cc class. Norton, yet another iconic British motorcycle brand, which recently announced its alliance with Pune-based Kinetic Engineering, is looking to locally assemble twin-cylinder, 650cc premium motorcycles in the near future.

Bajaj Auto, which is understood to be working on a mid-capacity cruiser (possibly under the Avenger brand), is expected to roll out the 375cc Husqvarna models in 2018.

All said and done, as the domestic market matures, the midsize motorcycle segment continues to be an emerging category. With the biggest players (top four two-wheeler companies) actively working towards introducing new models in this class, things can only get better. Good news this for the 'young at heart'.