Magenta Power’s Maxson Lewis: ‘Our strategies are aimed towards popularising EVs in India’

The managing director of an electric vehicle charging solution company talks about its prospects in India and how he intends to develop a favourable environment for EVs in the country. 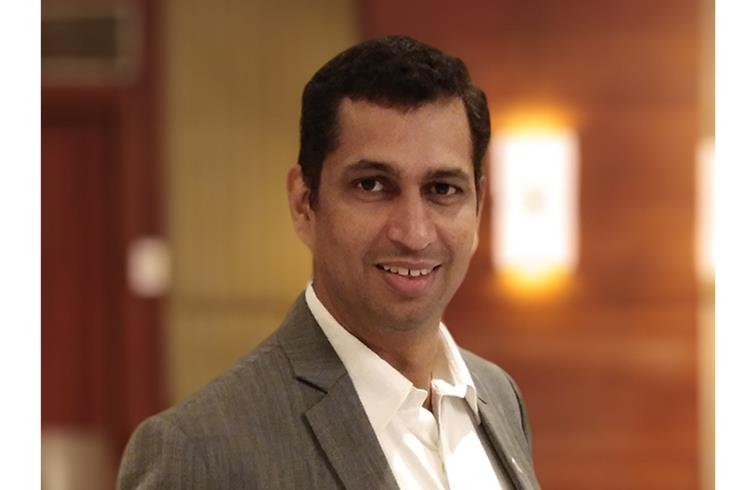 Maxson Lewis, managing director of Magenta Power, on how it is adopting innovative strategies to quell EV range anxiety and how it plans to popularise EVs in India.

People are expecting the government to do something and the government is expecting the private players to do something and we are trying to break away from all that. Magenta Power is a bootstrap company that is doing a lot of work in the rooftop solar space today. Under its aegis, Magenta EV Solutions was set up to cater to the EV charging solutions.

Are there any big names in your list of investors?
We have signed up MoUs with many companies. We are working very closely with Mahindra Electric and Ashok Leyland. We prefer a collaborative effort over a competitive approach. We are also in talks for collaborating with a major two-wheeler manufacturer in India, which is yet to come out with its own EV. Our platform is an open one. Hence, anyone interested in our EV charging programme could easily be inducted to cater to a wide set of EV players currently in the market.

What is your future course of action?
Ather Energy has centered its focus on urban two-wheeler commuters. This is what their whole grid system in Bangalore is about. In a similar fashion, we are trying to quell the range anxiety of EV owners while they travel between cities. We trained our focus on the Mumbai-Pune highway for India’s first EV charging corridor. The opportunity here is huge as there are a lot of electric vehicles in Pune. The sooner we have a proper EV corridor on the highways, the sooner it would boost up the adoption rate of the EVs. We expect this adoption to get a further boost through commercial players.

As part of the corridor, we had already set up a facility at Turbhe five months ago. The one at Hotel Center Point in Lonavala was a part of our strategy to enhance the entire charging experience. By setting it up next to food plazas, an EV owner could engage in his/her own detour activities for over 30 minutes while the vehicle gets charged. This way, the charging station does not affect the flow of traffic and the drivers could have their much-needed refreshment in the interim. In cities we are supporting new customers to buy EVs by providing them a proper charging infrastructure and on the highways we are looking to make the charging experience better. We are considering our strategies very thoughtfully as it could affect the entire EV adoption scenario in India.

Can you shed some more light on your EV charging solution?
All our charging stations support AC as well as DC output. The DC charger is a 15 kW system and the AC system is a three-phase system. The DC module is compliant with BCP (Bharat Charging Protocol) while the AC charging stations have an industrial standard of 16A and a residential standard of 16A. It is designed to support the older as well as the newer models of cars like the Mahindra e2O. Another big USP of our charging stations is its connectivity feature. All our charging stations are connected through the network which is monitored at the central station in Koparkhairane. Apart from these charging stations, we have also set up helpline numbers to assist with electric vehicles stranded on the highway. This way we are tackling all concerns of range anxiety on the highway corridor. The ChargeIn app for the payment solutions is completely in compliance of the Digital India initiative.

Is this solution extended to the two-wheeler market as well?
It is possible in the near future because most of the two-wheeler charging stations are not OCPP (open charge point protocol) compliant. But our charging protocols are independent of OCPP. Be it a two-, three- or a four-wheeler, they can be based on our platform without being compliant to this protocol. We have found a way to work with charging stations whether they are OCPP-compliant or not.

Is it possible for every charger in the world to be based on the same platform, protocol and standards?
India is still discussing its own charging protocol. The CCS (combined charging system) from the CharIN initiative is not a universal charging protocol. Currently, there are three competing charging protocols in the world, CHAdeMO in Japan, GB/T in China and the Tesla supercharger. Me and Suhas Joshi (Exicom head) agree that all the cars in the world, irrespective of the make and the model should be able to get charged at any charging station, which is a wishful thinking because a lot of standards have already come up. Some of the charging protocols around the world may merge but not everyone would come forward to merge into one. We need to understand that when products like Tesla come into India, it will also come with its own proprietary chargers as is the case in Norway, Sweden and the US.

How long will a vehicle like Mahindra e2O take for a full charge?
For a 90 percent charge from zero, it will take around 40 minutes through the DC fast charging system. If it is AC charging then it will take six hours for similar charging capacities.