VOID AT THE TOP

Diess has been the face of VW for many years now especially while spearheading its massive makeover as a serious player in the electric mobility space. 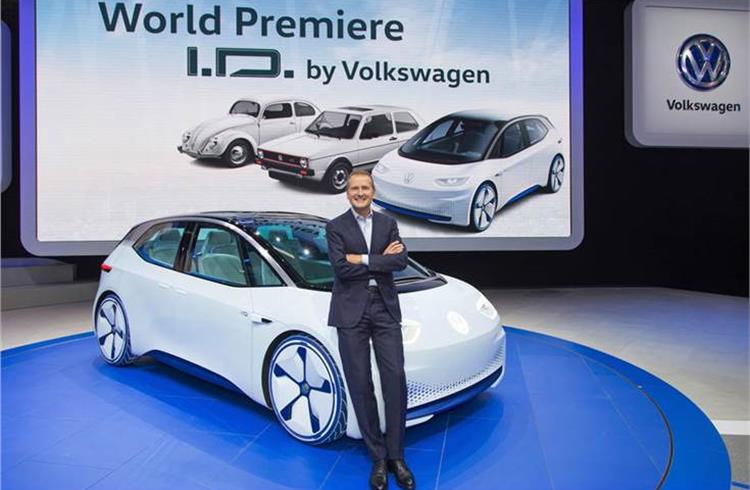 Herbert Diess has been in the news for the last few days following his abrupt exit as CEO of the Volkswagen Group. Reports indicate that he was ousted by the Board in a dramatic turn of events where the CEO of Porsche, Oliver Blume, has been anointed successor.

Diess has been the face of VW for many years now especially while spearheading its massive makeover as a serious player in the electric mobility space. This was a remarkable turnaround for the German auto brand since the time it was embroiled in the diesel fudging crisis seven years ago. At that point in time, VW found itself in a bottomless abyss where it seemed certain that global ignominy would scorch it into oblivion.

To its credit, the company not only bounced back strongly but has made a strong statement in its drive towards cleaner emissions. Diess led the charge and it was truly astonishing to see the resurgence of a brand which was now being spoken of in the same breath as Tesla, the true disruptor in the electric space.

Did Diess bite off more than he could chew in the process? Reports in the global media suggest that the powerful union at VW did not take too kindly to his proposed changes and played a big role in persuading the Board to sack him. If this is true, it is perhaps a portent of things to come across the global automotive ecosystem as it moves rapidly beyond the internal combustion engine era towards electric.

Global CEOs have warned that this could result in huge layoffs as companies seek new skills and strive to make their workforce lean and mean. In such a scenario, unions are just not going to sit back and watch the unfurling of events without a fuss. This is when leadership will face its acid test in walking the tightrope adroitly and it is perhaps in this context that Diess was cornered and shown the door.

Will this void derail the pace of change at VW? It all depends on what the new CEO along with his leadership team set out to do. The last few months have been particularly challenging as a result of Russia’s war on Ukraine which has put Europe on the back foot in terms of gas supplies. Germany itself is on the tip of a recession and economists believe this is true for the world at large. The VW leadership will be aware of all this and perhaps be more circumspect and take one thing at a time.

Either ways, no individual is more powerful than the institution. Sure, it is not the easiest of times when there is an abrupt void at the top level but the show still goes on. A case in point is Carlos Ghosn, the charismatic CEO of Renault-Nissan, who was arrested in 2018 and spent many months in a Tokyo jail. His absence caused tumult within the alliance and it looked as if the partners of over two decades would even call it quits.

Today, Renault-Nissan along with Mitsubishi, the third player in the alliance, is moving along nicely with Ghosn now a distant memory as he remains a fugitive in Beirut. The same holds true for Fiat Chrysler Automobiles when its CEO, Sergio Marchionne, passed away in 2018 (some months before Ghosn’s arrest in the same year) and there was tremendous concern all around on the vacuum this created at the top.

Today, FCA has merged with Groupe PSA to create Stellantis which has paid out a roadmap for this decade under the able leadership of Carlos Tavares, once the deputy to Ghosn and Renault and subsequently the turnaround wizard at PSA who then pulled off the merger with FCA. Good leaders are a rare commodity in today’s challenging times for the auto industry and VW will, doubtless, be aware of this reality while it navigates its future without Diess at the helm.

Back home in India, recent times have seen top level exits at Royal Enfield, Ashok Leyland and Skoda Auto Volkswagen India. Quite naturally, such moves leave employees worried and even demoralised but this is the time when stronger companies and able promoters take charge of the situation and quickly put a succession plan in place. This is keeping in line with the famous adage: when the going gets tough, the tough get going.

This issue, as always, has a nice mix of stories. My colleague, Mayank Dhingra, had an interesting meeting with Nakul Duggal of Qualcomm who shares his insights on the world of connected cars and the challenges ahead. Some of his observations are profound and I am sure you will enjoy reading this interview as much as I did. Also, do check out what the founders of Simple Energy have to say as they gear up to launch their debut electric scooter soon. Happy reading!

This edit will appear in the August 1 , 2022 issue of Autocar Professional.