With the world falling into chaos, each tumultuous event causes a reaction in the form of ships choked at ports or container charges going through the roof. 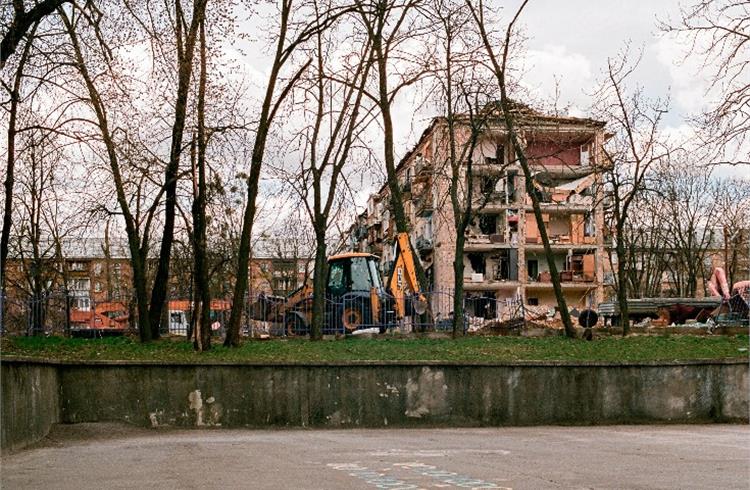 Till a few weeks ago, the world was focused on Russia and China — the former for its inexplicable aggression unleashed on Ukraine while the latter was in the news for the stringent lockdown imposed in Shanghai.

Today, the war continues except that Russia does not seem to show any signs of vulnerability despite being ostracised by the global community. China has moved on and its prominent automaker, BYD, has hit the headlines for surpassing Tesla in electric vehicles sales for the first half of this calendar.

Clearly, the Chinese are out to prove a point even if a big market like India has locked them out from the automotive arena. The fact remains that the likes of Geely, BYD, Great Wall Motors and SAIC are out to conquer new geographies and are especially well poised to take a lead in the electric arena. SAIC and BYD are part of the Indian landscape and will push the envelope aggressively in e-mobility even while Great Wall and Changan have abandoned their plans for the country.

China may not be the favourite of the West especially when it is perceived to be on Russia’s side during the current aggression underway in Ukraine. Further, there are fears that this will embolden the country to attack Taiwan which in turn will cause tremendous unrest in the Asia-Pacific region. What is also inevitable is the entry of Chinese auto brands into Russia especially when most other global carmakers have exited the market. It boils down to opportunity in adversity.

Today’s world is no longer about taking sides and it is eventually about each one’s survival. India may have raised hackles across Europe and the US for buying crude from Russia but, by the end of the day, it boiled down to economics and pragmatic business sense. With Russia putting the squeeze on gas supplies to Europe, coal is resurfacing again as an option which is bizarre in the context of promoting clean air.

This is the reality of today’s volatile planet which will have its implications for the auto industry. Each tumultuous event causes a reaction in the form of ships choked at ports or container charges going through the roof. Commodity prices are mercifully down which is good news though there is no telling when they will inch northwards again. Crude has not breached the $100/barrel mark too lately but the tide could turn if there is a political uprising elsewhere in the world.

The recent sequence of events in Sri Lanka, for instance, could be seen as a warning to other nations whose residents are feeling the stress of inflation and food scarcity. When the pot is on the boil, it is impossible to predict when the contents will spill over and this is precisely what is playing out in Sri Lanka. The island country’s citizens are furious and on the rampage wrecking property. Business will obviously be impacted as a result and Indian automakers will be carefully clued into the crisis that is worsening by the day.

Back home, there is no cause for alarm in the domestic market where sales are chugging along though there is still some concern about the two-wheeler momentum in rural India. Things will perhaps become a lot clearer in the coming months but for now manufacturers are quite upbeat about the remainder of the fiscal.

Ola Electric continues to make news thanks to a huge leadership exodus coupled with the fact that its scooter sales have slumped in June. It is perhaps premature to infer that the brand is taking a beating in the market since these are early days yet and this setback may well be an aberration.

What cannot be ignored is that electric two-wheelers are on a roll which means that customer preferences are changing. Whether this is a result of generous government subsidies is still debatable though it is definitely a huge incentive to buy an electric scooter.

This issue focuses on South India which has been a critical growth driver for the auto industry along with Maharashtra, the NCR region and also Gujarat in recent times. Tamil Nadu was the first to aggressively throw its hat into the ring over two decades ago when India invited international carmakers to set up shop. Karnataka also did its bit while Andhra Pradesh and Telangana are now part of the race.

My Chennai-based colleague, Sricharan R, has been working diligently on this special issue and has some interesting stories to narrate. Along with the buoyancy in attracting investments, states like Tamil Nadu also have to reckon with the grim reality of navigating the Ford plant closure near Chennai very carefully. This will happen by the end of July and everyone will be hoping that the workforce takes this in its stride.