The art of transforming the automotive supply chain

The founder of Profound Consulting and advisor to Yagna Entrepreneur Success Services says OEMs and dealers can benefit hugely from moving from forecast-based planning to consumption-based planning and execution. 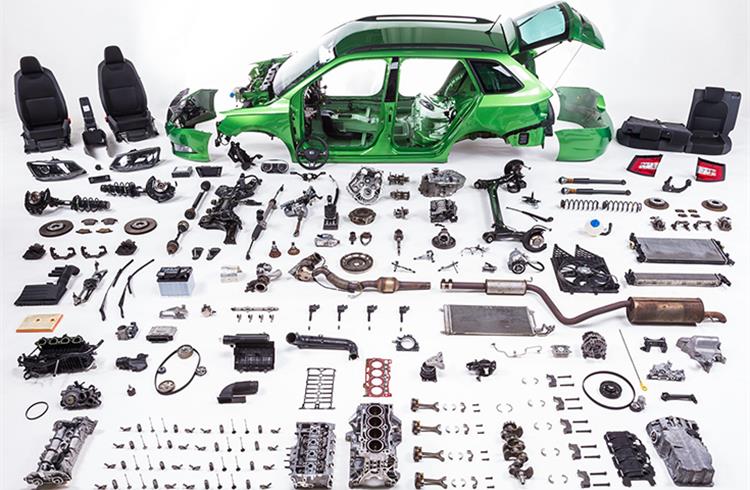 The ongoing COVID19 pandemic has thrown the automotive industry, its supply chain and the dealership business out of gear globally. On one hand, there are no sales and on the other, working capital is blocked in the inventory across supply chain. OEMs and dealers are in conflicting situations. This has been an age-old conflict, now aggravated by the pandemic. 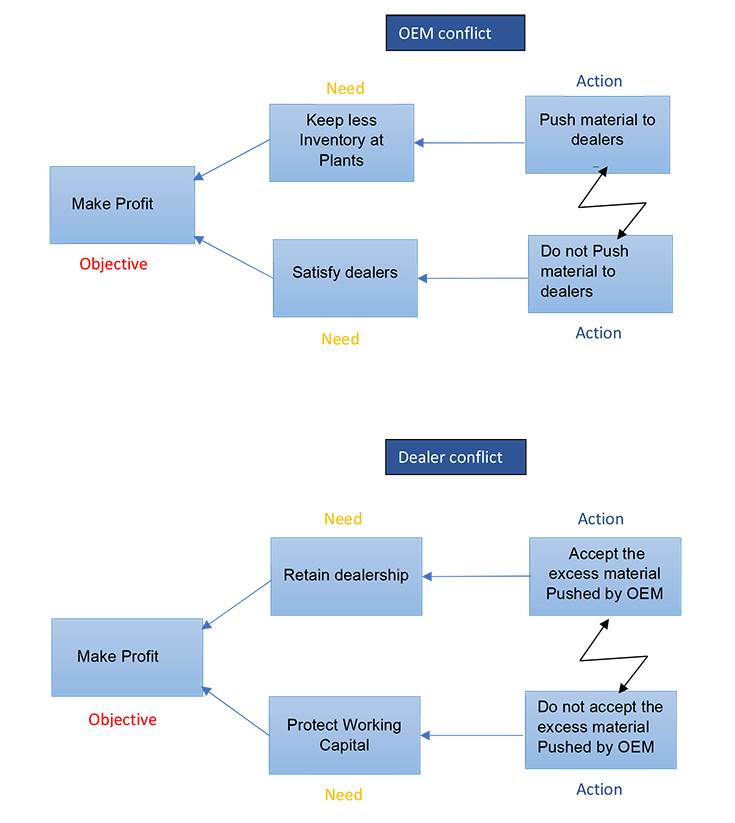 Typically, most OEMs see their maximum sale happening in the last week on a month. This is the 'hockey stick' syndrome. The OEM's sales people are measured based on monthly targets, which only serves to aggravate the problem. There is a significant inventory push at month-end from OEM to the dealers as it reflects in their sales figures as they measure the primary sale and not the retail.

Variation in the consumption [retail sales] creates an inventory mismatch at the dealers' end. The ever-changing OEM schedules limits the ability of the Tier 1 and Tier 2 suppliers, and they are pushed to meet the maximum targets in the last week of the month, which has a cascading effect on the dealers. This entire process creates a ‘bull-whip' effect and a vicious cycle. The current COVID19 crisis has revealed that there is a significant dealer working capital blocked in the inventory and most of them are struggling for their survival. 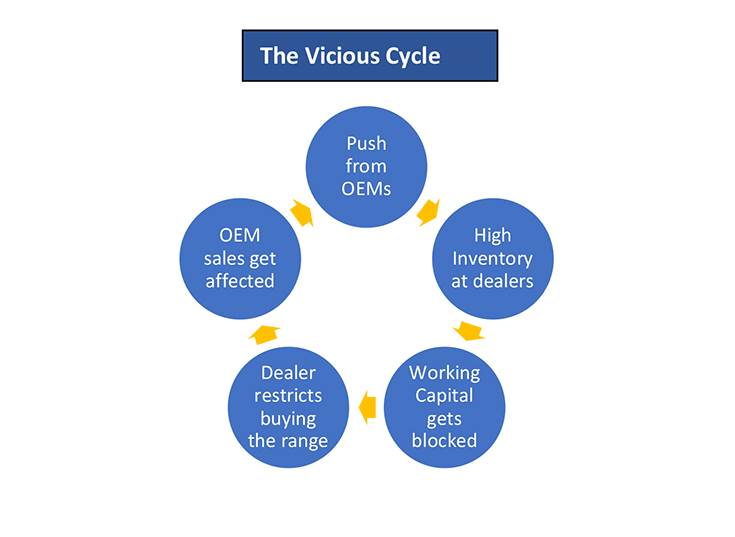 What is the solution?
The solution lies in redefining the way the entire supply chain has been operating. We need to move from forecast-based planning to consumption-based planning and execution. There is a need to adopt a 'replenishment'-based operating system. The entire supply chain has to operate on an 'Order daily – Replenish frequently' approach which is based on consumption.

The principles of 'Theory of Constraints' [TOC] have widely proved this approach. The OEMs can supply only that quantum of inventory from their plant inventory buffers which the dealer has sold. Subsequently, they can produce only to replenish the inventory buffers at their plant warehouse. This will ensure improvement in the inventory turns of the dealers, release of working capital and eventually significant improvement in ROI unheard in the industry. The OEM and its supplier plants will operate on optimum inventory. This has an intangible effect of motivating the dealers to add the range and& sub-ordinate the OEM in sales initiatives.

Similarly, the Tier 1 and Tier 2 suppliers can supply only that quantum of material which is consumed by the OEM plants. The OEMs need to decouple production from the dealers by introducing a plant warehouse which will hold the inventory and supply to the central / regional warehouse which will also hold a defined inventory and the central / regional warehouse will in turn supply to the dealers based on their consumption. This will create a perfect 'Pull' system right from downstream to upstream. Holding inventory at the central warehouse and plants will provide the OEM with the benefit of 'aggregation', provide more flexibility and also improve availability significantly. This will result in reducing any sale loss and also improve the bottom-line and cash flows of the distributors, OEMs and suppliers.

TOC implementation will radically improve the flow and reduce replenishment lead time, which will eliminate the need for central / regional warehouse, equipping the OEMs to supply directly to the dealers. Imagine the positive impact on working capital and cash flows which the entire supply chain can achieve? TOC is a profound win-win approach for all the entities in the supply chain and there are many successful implementations in India. TOC enables you to design a 'decisive competitive edge' for your organisation, transforming it to the next level of growth.

I have been fortunate to lead and implement TOC with my past organisation (Tier 1) and experiencing exponential growth at a CAGR of 30% YOY consistently. Even during recession times when the industry was declining, it grew in double digits. Even if one OEM adopts this holistic and harmonious approach, the results will pull the others adopting this model and thereby can become the new normal in the automotive industry.

Imran Shaikh, the columnist, is the founder of Profound Consulting and advisor to Yagna Entrepreneur Success Services.