Serious efforts to support India's manufacturing sector: How will they work?

Some manufacturing segments, especially SMEs, have borne the brunt of getting out of business. Find out how the measures announced by the government and RBI impact it. 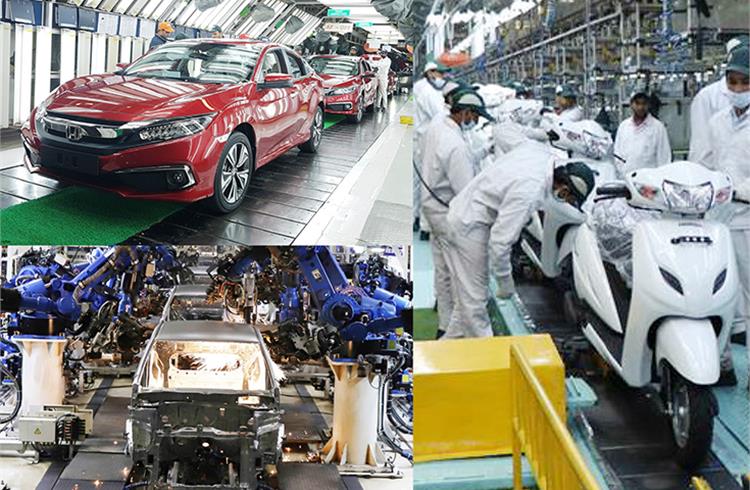 The manufacturing sector in India is prone to a higher degree of shock than services, even though the latter has been directly affected with business closing down which is not a generalisation that can be made for the former. This is so because some of the manufacturing segments, especially SMEs, have borne the brunt of getting out of business. While this holds for services too, as manufacturing is more leveraged than the former the future impact will be stark as debt can greatly weaken any sector. It is against this background that the measures announced by the government and RBI need to be viewed.

It is still not clear if there could be another package brought in by the government. Package 1 was purely procedural to ensure that all regulatory compliances can be met over the next three months. The breather for the SMEs was that they would not be taken to the IBC for default and the threshold of borrowing limit was increased. Package 2 is relevant as it is all about passing on food and money to the needy, which includes those who have been displaced due to the shutdown. While the support is limited in terms of quantum of money, it can still partly address their travails. This can be considered to be a micro level effect.

What is probably most relevant is the RBI’s credit policy for the manufacturing sector. There have been three or four issues which have nagged this sector which are addressed. The first is availability of credit in general which the RBI has done by lowering the reverse repo rate and increasing the availability of funds with banks by cutting CRR and increasing the MSF access. This will help to drive credit. Second, the cost of credit has always been an issue and the RBI has found that the transmission has been sluggish. Here by cutting the repo rate by 75 bps the RBI has actually made it possible for the banks to lower their rates by at least 25 bps. This will help them access cheaper funds.

The third point relates to working capital limits which can be reworked by banks with the borrowers. This will be pertinent to all manufacturing companies which are confronted with closedowns, supply disruptions, layoffs and limited demand. By enabling this clause, companies will feel relieved especially so as several units in the so called non-essential goods sector are not functioning.

The last announcement pertains to the moratorium for repayment of loans and extension of repayments of working capital borrowed. This is relevant because probably the entire business community faces this threat of slipping into the NPA category due to the shutdown. By giving a three months grace period which is the tenure for all the three packages announced by the government and RBI, companies must be relieved.

What's in it for auto?
How does the automotive sector figure in this package? The auto components segment is probably the one which gets affected the most due to the shutdown and the three packages would help them substantially at the individual level by providing relief. However, this would be only deferment of repayments to banks and not a waiver. This segment will be affected a lot by stoppage of exports which are one of the driving factors of this industry. Therefore, support is limited and unless demand improves, only then can the industry revive.

The same holds true for the vehicle segment which has faced a sharp downturn last year. It will be hard to see a revival in the next six months as the demand cycle will take time to move up. Even in case the virus impact is addressed in the first quarter, there will be a time lag before the consumers or companies will start buying vehicles. The sector should hence be prepared for another year of declining sales.

The three packages would not quite help the sector in terms of production, but alleviate suffering to the extent that there is deferment of loan repayments and access to further bank lending facilities. If the government does come up with certain grants for supporting industries that are hard hit by the virus shutdown impact, the auto sector would certainly qualify for support as it provides a high level of employment and is one of the first touchpoints or triggers of overall growth.

The views of the author are personal