2020 will be a very significant year for global road safety and a great opportunity for India to demonstrate its growing leadership, especially in vehicle safety. 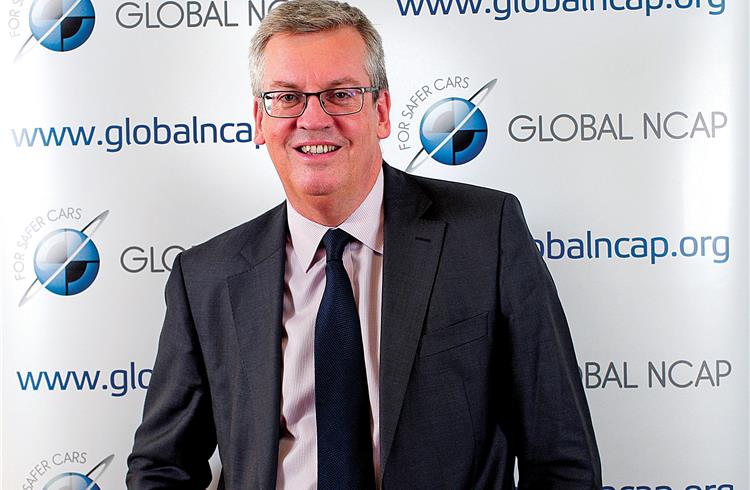 2020 will be a very significant year for global road safety and a great opportunity for India to demonstrate its growing leadership, especially in vehicle safety. On February 19-20, the third Global Ministerial Conference on Road Safety will be held in Stockholm, Sweden. This meeting of transport and health ministers is expected to adopt a new target to halve road deaths and serious injuries by 2030.

I very much hope that Nitin Gadkari, Minister for Road Transport and Highways, will attend and highlight the strong legislative action taken in the last few years by the government of India. The next decade, both for India and across the world, will be a vital period to push forward the effective implementation of measures that will significantly cut the 3,700 lives lost daily in global road crashes.

The Stockholm Conference will be followed by a special debate on road safety in the UN General Assembly in April. Together, these events will set a new framework for road injury prevention to 2030, promoting safer roads, safer vehicles and road users. Progress over the decade will be measured against 12 key road safety performance targets that have already been endorsed by the UN General Assembly. 'Target Five' aims to apply high quality standards to both new and used vehicles as follows:

The benchmark standards for the target include UN Regulations for front and side impact, electronic stability control (ESC), seatbelt anchorages and seatbelts, pedestrian protection, child restraints, and motorcycle anti-lock brakes.  Following the decisive action to improve vehicle standards taken by the government, India is already now almost fully aligned with all the UN target’s reference standards.

An outstanding item is ESC which the Indian government has pledged to make mandatory in 2022. This anti-skid technology has been shown to be effective in reducing fatal crashes by over 35 percent. ESC has been a regulatory requirement in Australia, Europe, Japan, and the USA for nearly a decade. Emerging markets are now following suit. Malaysia mandated ESC in 2018 and from January it will be required both in Argentina and Brazil. At present, less than 10 percent of new passenger cars have ESC, so it is clearly the most important next step for automotive safety in India. We look forward to seeing legislative proposals soon and recommend that ESC should be required for all new passenger cars, light and heavy commercial vehicles.

By the end of next year, Global NCAP’s Safer Cars for India project will make ESC fitment a qualifying condition for a five-star rating. This will act as an incentive for manufacturers to move faster with ESC availability and help raise consumer awareness of this life-saving technology.

We are convinced that the combination of regulatory action combined with independent consumer testing is the successful formula for improved vehicle safety in the decade ahead.  The positive response to our Safer Cars for India project, both by the Indian government and by some manufacturers, supports our case. Just look at the fact that India — now applying pedestrian protection — has better vehicle crashworthiness standards than the United States of America and, thanks to Tata Motors, its first five-star car. India should be proud that in terms of vehicle safety standards, it's surely been the most improved performer among emerging automotive markets. This is a powerful example of leadership in action that India can take to the Ministerial Conference in Stockholm and to the UN General Assembly in New York.

Global NCAP raises concern over OICA manifesto
India’s progress in vehicle safety standards also serves to send a message about what manufacturers can achieve, as a market for safety grows with encouragement by both government and better-informed consumers. This is a lesson that, at a global level, the automotive industry needs to understand. Unfortunately, I fear this is not the case yet as far as the international automakers’ organisation OICA is concerned. OICA, which represents national automobile industry associations at the UN, recently held its General Assembly in India, in Mumbai. At this meeting, the former Secretary General of the European Car Makers Association, Erik Jonnaert was appointed to be OICA’s Special Ambassador for Road Safety. This is a welcome appointment and I wish Jonnaert every success in this new role. But an urgent task for him is to address the embarrassing lack of ambition in OICA’s recently published ‘Manifesto for Global Road Safety’ .

Global NCAP, of course, welcomes any initiative from the automotive industry that aims to reduce global road traffic deaths and serious injuries. Unfortunately, on detailed examination, the manifesto is remarkably weak. It proposes a future framework for universal application of UN (or national equivalent) vehicle regulations. However, OICA’s recommended list contains some glaring omissions such as pedestrian protection and child restraints and their timetable for implementation is painfully slow.

OICA is requesting three more years for the front and side crash test standards and five more years for ESC. This is such an extended timeline that it barely even matches existing market trends in vehicle safety improvement. The OICA manifesto also completely ignores requests for a voluntary, industry self-commitment made in 2016 by Jean Todt, the UN Secretary General’s Special Envoy for Road Safety, and similar proposals from Mayor Michael Bloomberg, the
World Health Organisation’s Ambassador for NCD & Injuries. Even more surprising, the manifesto makes no comment on the UN’s Global Road Safety Performance Targets even though the OICA was officially consulted on the recommendations included in target five for vehicles.

The best that can be said is that OICA’s manifesto is a wish list to regulate 20th century technologies and standards twenty years or more into the 21st century. The lack of ambition is frankly jaw dropping. OICA’s snail pace is in marked contrast to India’s recent rapid improvement in regulatory standards. In response, Global NCAP has written to OICA and raised our concerns in November at a meeting in Geneva of the UN Forum for Harmonisation of Vehicle Regulations.

The perennial problem of manufacturer-industry associations is that they seem structurally incapable of adopting policy positions that represent anything better
than the lowest common commitment that can be agreed by their members. I think this explains why the OICA manifesto is so clearly inadequate and does not truly represent either what the majority of car makers are capable of or where market trends are actually heading.  So, our advice to Jonnaert and OICA is that before the Stockholm Ministerial meet, they need to rethink their manifesto and respond appropriately both to the UN vehicle safety target and Todt’s call for an industry commitment to apply the reference standards voluntarily.

In the next decade, I am sure we will see considerable progress in reducing road trauma. It is ambitious but achievable to halve road crash details and serious injuries. Improved vehicle safety — of the kind now coming on track in India — will contribute significantly. But, of course, other major risk factors must be tackled too. In India and across the world, we also must have better road infrastructure design and effective enforcement to raise road user compliance and awareness.

This integrated ‘safe system’ approach is something which all the stakeholders, including government, industry and civil society can work together to support and implement. Road injury prevention is a shared responsibility that works best with strong leadership and next year in Stockholm, we have the duty to set targets and commitments to action that are ambitious. There is no excuse to take the slow lane when so many lives are at stake.

Millions of lives can be saved and injuries prevented with well-enforced road safety laws on speeding, drinking and driving, and use of seatbelts, child restraints and motorcycle helmets. 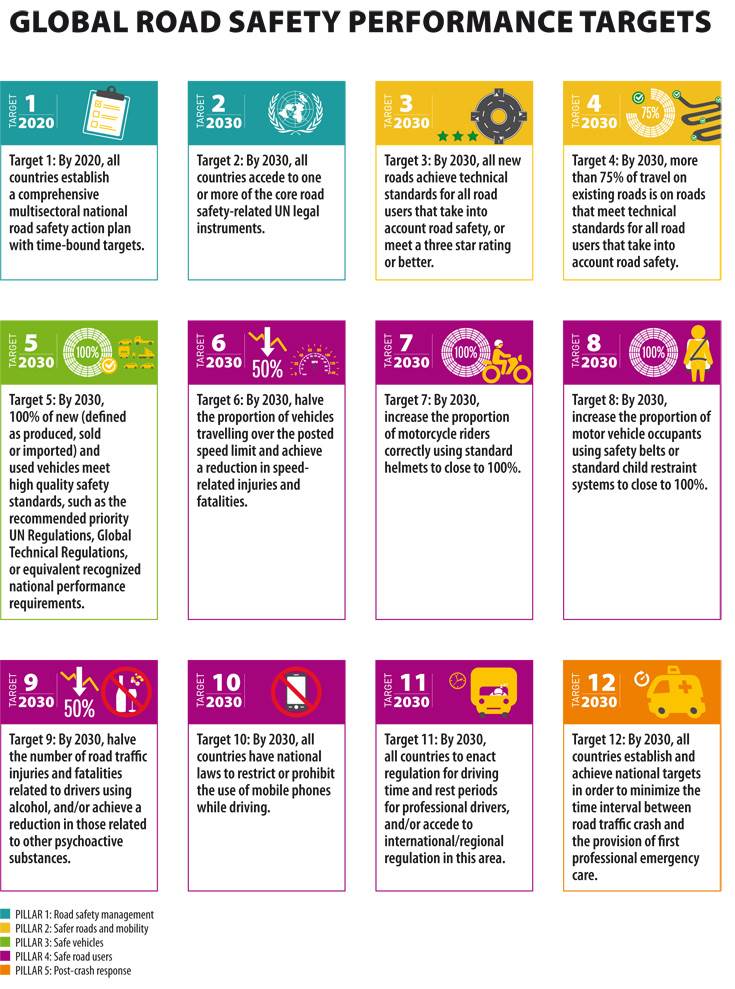