With Ford India's Chennai plant set to shut shop, workers have been left in the lurch 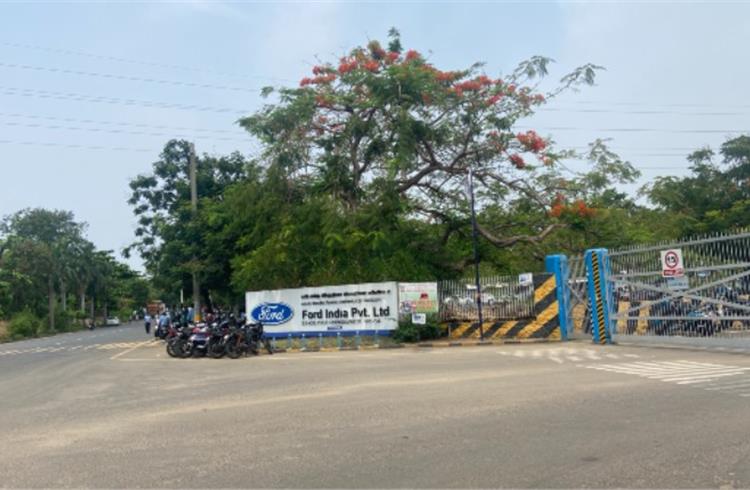 By the end of this month, Ford and General Motors will have officially shut down their Indian operations marking an end to over two decades of achieving precious little in the process.

By a remarkable coincidence, both the American brands set up two facilities each, found a buyer for one and will now leave the other to the respective state governments to handle. GM could consider itself particularly unlucky because it announced with great fanfare in early 2020 that it was selling its Talegaon plant near Pune to Great Wall Motors. Then came the pandemic followed by the tensions between India and China which meant that nothing has moved on since then.

GM had earlier sold its Halol facility in Gujarat to SAIC Motor of China, its long-term ally and once a partner to revive its India operations following the meltdown of Detroit during the Lehman crisis. With MG Motor India as its front-end brand, SAIC has quickly made a mark for itself with the heady market response to the Hector SUV.

Fortunately, this deal was sewn up at a time when there was more bonhomie between India and China else it could have gone the Talegaon way where Great Wall Motors is left high and dry. Ford, likewise, will be relieved that its Gujarat plant (yet another parallel with GM) will now pass on to Tata Motors.

However, things are reaching a flashpoint at Maraimalainagar near Chennai where its workers are furious that they have not got a similar lifeline. Protests have been happening at the facility for some days now and Ford has now given an ultimatum that employees must start work or face the consequences.

The Tamil Nadu government will be as anxious because it will have a huge challenge ahead in handling the ire of workers. Sceptics say it is more than likely that there is a buyer for the Ford facility but this will have to be preceded by removing the workforce. Nobody is in a mood to absorb a  hefty wage bill at a time when automation is the name of the game.

There have similarly been reports emanating from Talegaon that the manpower at GM is equally livid and one can only hope that this does not graduate to the next level of mindless violence. The last few years have seen lives snuffed out at auto plants across the NCR region and the south when labour problems broke out and it became impossible to handle mob fury. The Maharashtra and Tamil Nadu governments will be aware of this possibility and need to tread carefully in the following weeks.

This month also saw the inaugural of Bajaj Auto’s electric vehicle plant at Akurdi which was home to its scooters for decades. Those were the heady days of Hamara Bajaj when people waited for years to get their hands on a Chetak. The fall happened dramatically when geared scooters went out of fashion and the motorcycle revolution set in with a vengeance.

Bajaj Auto brought back the Chetak in an electric version three years ago and then decided to have it return to its roots at Akurdi. The rollout coincided with Rahul Bajaj’s birth anniversary and was the ultimate tribute to the former Chairman of Bajaj Auto.

The arena is, of course, a lot more different with startups dominating the scene but recent months have shown that not everything is hunky-dory with scooter fires breaking out with alarming regularity. This has prompted Rajiv Bajaj, MD of Bajaj Auto, to term these startups as upstarts and he believes there needs to be stricter regulations enforced to prevent such accidents from happening.

Whilst on this subject, our publication hosted a two-day safety webinar where participants spoke extensively on the different challenges facing the industry. The editorial team did a remarkable job in capturing the sessions quickly and they are part of this issue which happens to be a Western India special.

My colleague, Brian de Souza, has spearheaded this effort with some interesting stories on companies located in this region. Maharashtra has constantly been ahead of the curve as an auto hub and home to legacy brands such as Tata Motors, Mahindra & Mahindra, Bajaj Auto, Kinetic and Force Motors as well as multinationals such as Volkswagen and Fiat Chrysler Automobiles now part of the Stellantis fold.

The State is now keen on taking the journey forward with electric and is pulling out all the stops to make this a reality in the form of incentives and pushing for a greener ecosystem. Gujarat, likewise, is forging ahead aggressively and wants to prove that it is no pushover either in the automotive arena. Nothing like healthy competition to keep the adrenaline flowing!