The Auto Expo 2018 reiterates the focus on electric vehicles is here to stay, with participation from existing as well as new players showcasing greener vehicles, the Indian market might see interesting offerings in the future. 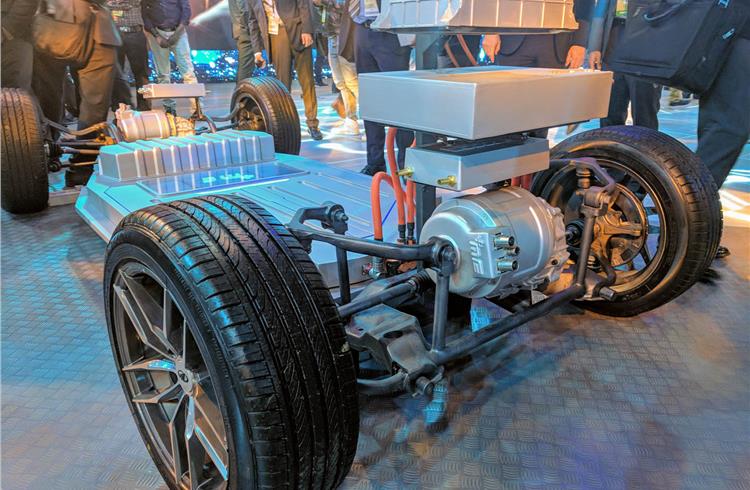 The Auto Expo 2018 in New Delhi was characterised by the absence of a few of the biggest brands including the likes of Volkswagen Group, Nissan, Bajaj and Royal Enfield. However, the OEMs who did make it this year made sure that their Electric Vehicle (EV) offerings and long term roadmap was out there to be seen by everyone. The most eagerly awaited entry was Kia Motors and they certainly did not disappoint.

Kia Motors India showcased its entire line-up of vehicles introducing the Indian customer to its range of compact hatches, luxurious sedans and SUVs. Kia will launch its first offering in India in 2019.

The 2018 edition of the Auto Expo saw the highest number of EV showcases by OEMs across vehicle segments, including two- and three-wheelers apart from passenger and commercial vehicles. The message is very clear – that all mainstream OEMs are ready with their EV models should the Indian market demand a diverse range of electric mobility offerings.

Passenger Vehicles – EVs on Existing Platforms the Flavour of the Expo

“We will wait for the EV charging infrastructure to develop before we bring our EVs into the Indian market,” said the CEO of a leading Japanese manufacturer with a strong presence in India. Although we have seen mixed responses from OEMs when asked about their EV plans for India, all key OEMs took this opportunity to display their EV models in front of the masses.

Mahindra & Mahindra and Tata Motors displayed a wide range of electric mobility offerings aimed not only at the private customer, but also fleet operators in the last-mile connectivity business. Although a few OEMs such as Honda Cars India showcased EV concepts, the emphasis during this edition was definitely on models that were closer to their production avatars. The excitement and buzz around EVs was evident as more customers were seen enquiring about key performance indicators such as range, battery capacity, charging time and price.

The manufacturers also made sure that imagery was attractive as well. All EVs sported green/blue coloured livery attracting customers. The 2018 edition of the Auto Expo has marked the beginning of electric mobility as a mainstream offering. Buyers are more aware now of the various options available.

The 2018 edition saw not only established mainstream OEMs such as Mahindra & Mahindra, Greaves Cotton and Piaggio but also smaller bespoke manufacturers focusing solely on electric 3-wheeler (3W) offerings such as Lohia Auto and Vikram including Chinese OEMs such as Shigan. Lohia also had a solar powered 3 wheeler rickshaw on display. With the Government emphasising the need to move toward renewable energy sources, these products are likely to build long-term viability for mobility operators.

Of particular interest was the prototype on display at the Greaves Cotton pavilion. It has gone all the way in developing not only the vehicle, but have also invested in the development of electric motor, battery management system and peripherals including battery and tires for the electric 3W model. It is time for the electric 3W industry to see participation from mainstream OEMs such as Mahindra and Greaves as this is only going to increase competition on product quality and reliability apart from strengthening service and aftermarket support for long term growth.

Among two-wheelers, TVS Motors was the key mainstream OEM with its Creon on display. Powered by three Lithium-ion batteries, the Creon can be charged to 80 percent in just 60 minutes. The model also offers a range of 80km on full charge with a 0-60 kmph acceleration of just over 5 seconds. Twenty Two Motors also showcased its AI enabled, cloud connected electric 2W capable of a range of 160km which can be charged to 70 percent within an hour. With significant investment in data analytics, Twenty Two Motors promises to offer customers a whole new experience in owning an electric 2W.

People carrier brands with their electric offerings made a big splash this year with the likes of Mahindra and Tata Motors lining up their entire fleet of small commercial vehicles with an electric option. These offerings should augment last mile and short haul connectivity in urban and Tier 1 cities where metro connectivity and local trains already manage long distance commute.

Of particular importance is the role of electric people carriers in the development of public charging infrastructure apart from driving the need for new business models such as battery-swapping in urban applications.

As the country moves toward new forms of mobility solutions including aggregation and subscription based usage, concept vehicles are much closer to their production siblings. Frost & Sullivan estimates EVs to account for about 30-35 percent of the new vehicles market by 2030, translating to about 2.0-2.5 million new passenger vehicles annually.

In this regard, as we see more OEMs using auto shows as a platform to showcase their design language, technology roadmap and customer-centricity, the importance of electric mobility is higher than ever before. With non-automotive stakeholders such as insurance companies, energy suppliers and software companies jumping into the fray, the EV ecosystem is fast turning into an eclectic mix of players who will play a key role in the long run.

Kaushik Madhavan heads the Mobility Practice (Automotive and Transportation) for the MENASA region for Frost & Sullivan. He spearheads the mobility team and is responsible for managing the research and consulting practice.