We still have a long way to go until full autonomy becomes our everyday reality. But we’re progressing along that road quickly. 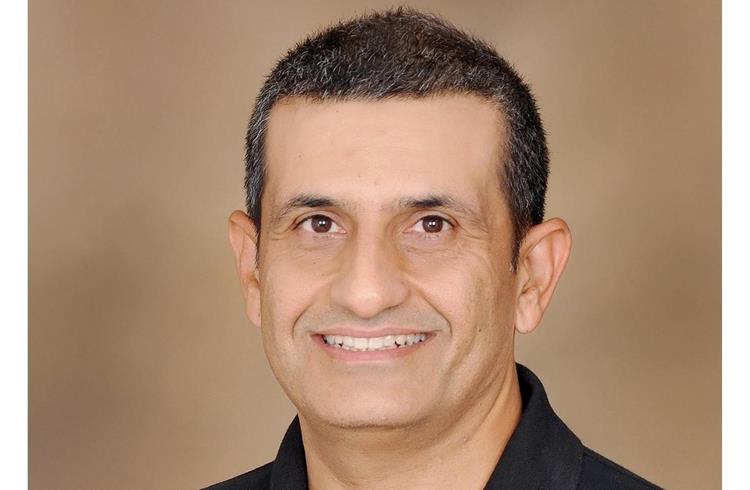 What is the smartest consumer device you own? Chances are that it’s your phone, wristwatch, or TV, maybe even the air-conditioner – but not the car in your garage. Well, that’s going to change very soon. The car of the future is here, and it’s driverless.

Welcome to the world of intelligent and self-driving cars. Flying cars are still science fiction, but today’s smartest autos come packed with the processing power of 20 PCs and feature close to 100 million lines of code.

We still have a long way to go until full autonomy becomes our everyday reality. But we’re progressing along that road quickly – automakers like Audi and Tesla already build vehicles with features like adaptive and traffic aware cruise control that help you to drive.

It may come as a surprise that these vehicles get their smarts from a technology originally developed to play video games. The graphics processing unit or GPU is a tiny piece of silicon that punches well above its weight. Auto manufacturers have been using NVIDIA GPUs to design and market their vehicles for over 15 years. Now these chips have found a place in the car itself. The highly parallel nature of GPU technology means it’s perfectly suited to the highly complex computing required to allow our cars to not merely sense but understand their surroundings.

In fact, there are already around 8 million cars currently on the road that use our supercomputing architecture and in the next 3-4 years we expect that number to rise by 25 million. GPUs are used for two distinct tasks in the car. They’re commonly found driving infotainment systems to create virtual instrument panels, navigation systems and passenger entertainment modules that are as finely crafted as the vehicle itself. They are also the power behind the burgeoning self-drive revolution.

Self-driving automotive technology is evolving with the help of hundreds of companies that are bringing together software, hardware, safety devices and information systems, transforming the car from a mode of transport into the most powerful computer that consumers will ever own. As we will see, the consumer is at the heart of this transformation.

So what is a driverless car? Take your regular commute to work every day, and fast forward it a few years to when you own (or subscribe to) a self-piloted automobile.

You use an app or wearable device to order your car’s arrival at your front door. As it transports you from home to the office, you catch up on your emails, or watch the news on the car’s integrated tab. As you glance across the road into other cars, you notice that very few have someone at the steering wheel and most have no driver at all.

Thanks to the information being shared by these cars, traffic management systems have dealt with congestion spots before they can affect your commute, so your journey is smooth and fast.

On arriving at the office, the car drops you off, takes itself to the nearest petrol station where it refuels, and automatically debits the money from your account. It then takes off to its next programmed destination. And we’re just getting started!

Eyes on the Technology

At the core of the autonomous car is deep learning. Deep learning is a discipline within the field of artificial intelligence which allows computers to perform tasks for which they have not been specifically programmed. Instead, they are trained to handle given situations, in much the same way humans learn. By feeding a computer large amounts of information which it runs through sophisticated deep learning algorithms, the machine builds a ‘neural network’ that allows it to solve problems based on its experience rather than a fixed set of commands.

In fact, some of the world’s fastest supercomputers are powered by our GPUs. The Tegra X1 chip that drives our NVIDIA DRIVE auto solutions packs one teraflops of computing power. That’s one trillion floating point operations per second! In the year 2000 you’d need the world’s most powerful supercomputer, which took up the same space as a three bedroom house and consumed 500,000 watts of power, to achieve that. Today it comes in a chip the size of your thumbnail that draws less than 15 watts of power.

Cars already come equipped with a large array of sensors, from cameras to radar and lidar, but deep learning will give them the intelligence to analyse that information, understand it… and take action.

Deep learning will allow cars to tell the difference between a loading van and a school bus letting out children. Or between a parked car, and one about to pull into traffic. They will even be able to identify pedestrians partially blocked by traffic.

The Car as an Intelligent Consumer Device

With such computing power at their fingertips, automakers are just beginning to explore what’s possible. By weaving images from cameras embedded in every next-generation automobile, your car’s computer will be able to create an integrated bird’s eye view of your location and present it on your in-car infotainment system. It is smart enough to even find empty parking spots at the push of a button, and safely park the car all on its own.

Carmakers are working on making this transformation as magical as possible! Just like phone-makers upgrade your smartphone via software updates, auto manufacturers might take the same road to maintaining and improving your car’s computer. Tesla Motors has pioneered this practice, allowing it to add new features to Model S cars sitting in their garages overnight over the Cloud.

Indian car manufacturers like Mahindra & Mahindra have also joined the race, and are building prototypes for decongesting Indian roads. Technology firms like TCS and Wipro are developing high-end technology for automotive in areas such as IoT and machine learning. Premier engineering institutes like the IITs and NITs are assisting the research efforts.

The blistering pace of innovation is undoubtedly presenting a challenge to the automotive industry. Consumers have grown used to rapid advances in gadgets like phones and tablets. As the car becomes the most important piece of consumer technology we own, those expectations are also being carried over.

Of course, there are good reasons why automakers traditionally run on very long time lines. Unlike a phone, your car is a life-critical device and needs to undergo incredibly rigorous testing and certification to ensure it’s up to the task. But, by maintaining these vital standards while calling on the nimble expertise of technology companies like NVIDIA, car manufacturers are proving it’s possible to achieve a happy medium where innovation and safety go hand in hand.

Of course, the self-driving trend has led to some raised eyebrows about information security and privacy, which come into play when we’re talking about a vehicle that will monitor everything about your journey. But with solid security features in place, the power of the data generated in a single drive could be enormous. It could lead to cheaper insurance, new marketing approaches, reduced accident rates and better design of roads and highways – all thanks to the autonomous car!

These advancements mark the dawn of a new era of piloted driving. Research already indicates that one-third to half of those who buy luxury cars would choose self-driving features. It won’t be long before they are seen as key mainstream smart offerings. In as little as two years, self-driving features will become as ubiquitous as airbags or ABS. And, like these now-standard features, you’ll wonder how you ever managed without them.