Covid-19 and its impact on aluminium price-supply dynamics

A complex mix of growth- and production-impacting factors as well as geo-political issues will continue to hamper output in the near future. And it all began with the Covid-19 pandemic. 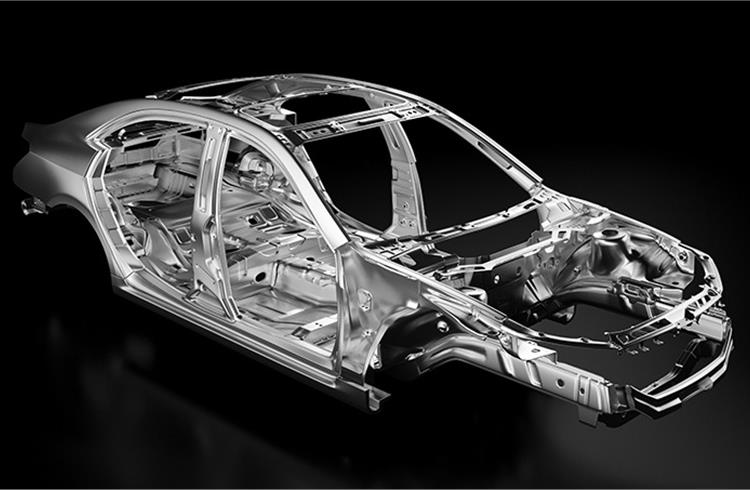 A 10% reduction in vehicle weight can result in 6-8% fuel economy improvement, which is why demand for aluminium is up from car and EV manufacturers worldwide. 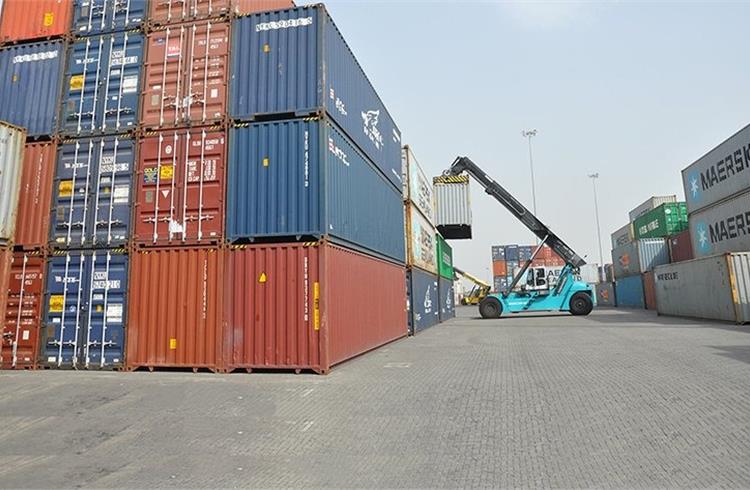 The global shortage of containers and container ships has also contributed to the consistent spike in aluminium price. 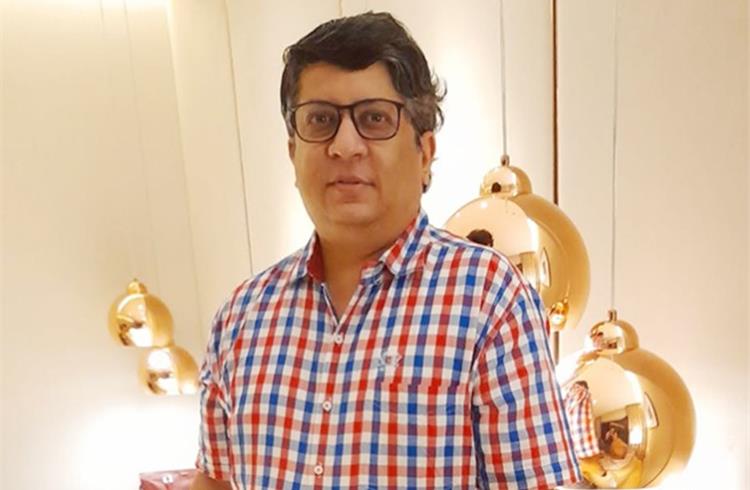 Pradipta Dasgupta: "With continued power restrictions in China and the global container shipping in disarray, aluminium prices are not expected to return to pre-pandemic levels anytime soon."

In an inter-connected world, prices are not just driven by demand and supply mismatch. Logistics matching them up and creating the equilibrium price point also plays a key role. If there are logistics-related bottlenecks, then prices will take longer to adjust.

In this interconnected or ‘flat’ world as Thomas L Friedman puts it, “increased connectivity was bound to make the pandemic non-linear” and have an effect disproportionate to known inputs. To borrow a phrase from Nassim Taleb, “The Pandemic isn’t a Black Swan but a Portent of a more fragile global system”

Let’s vault back in history, towards the end of WWII, the complete devastation of industrial Japan and the extraordinary rebuilding process for the next few decades which put Japan again at the forefront of industrialised nations. It was during this trying time when Toyota first designed its famed Toyota Production System (TPS). One of the key constraints taken into consideration was the company’s lack of resources to compete with extremely resource rich automakers in the USA. Its TPS lean production system was a revolution in manufacturing and was structured on minimal inventory that was to be organised quickly from suppliers located nearby.

This model has been replicated successfully worldwide, not just in auto clusters but also many different industrial sectors worldwide, expedited by companies becoming busy with quarterly earnings rather than the long-term view. Highly efficient logistics had enabled major companies to build globally distributed, lean production systems. This elimination of so-called ‘waste’ (‘muda’ in Japanese and defined as anything that does not have value or does not add value) was not just restricted to inventory but was extended to time, idle equipment and materials in the quest to squeeze out maximum return from the capital employed. 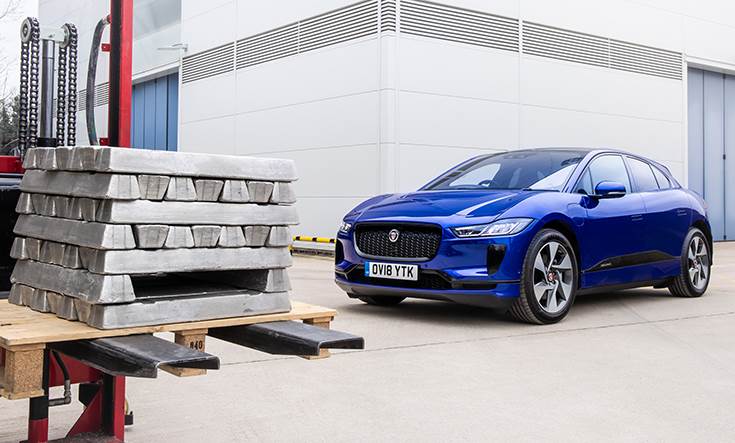 It is estimated that 80 million tonnes of aluminium are produced globally each year. It is already one of the most widely recycled materials with 75 percent of all aluminium ever produced still in circulation.

Just-in-Time dynamic takes a hit
More and more manufacturing companies were converting to “just-in-time” production, which involved integrating and synchronising their supply chains and forgoing inventories of necessary components in favour of acquiring them on an as-needed basis, often relying on single, authorised suppliers. The central idea was that lowering inventory would reduce costs.

On the flip side, this reduced all redundancies even the critical ones and did away with “circuit breakers, fail-safe protocols and backup systems”, to a large extent, making the companies more fragile versus market volatility and global catastrophes. A consequence of these complex interdependencies of supply chains had manufacturers become dependent on their first-tier suppliers, which, in turn, are dependent on a second tier and so on. It becomes very difficult to maintain systemwide visibility beyond third or fourth tier, making replacement of anyone in the chain extremely difficult. 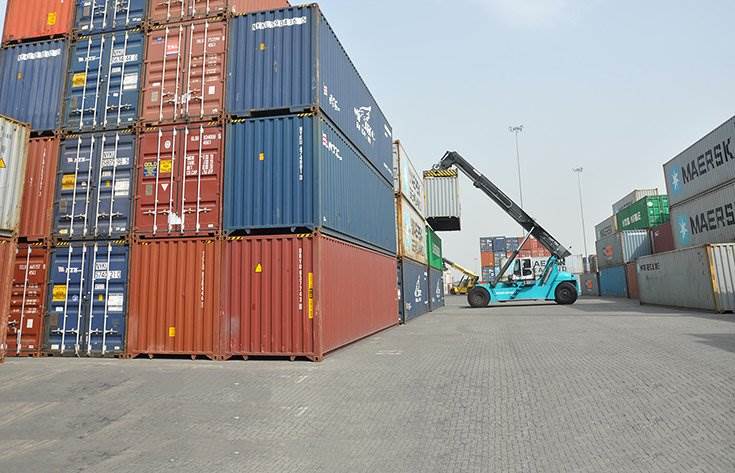 Factory shutdowns throughout Asia, particularly in China, led to delays and bottlenecks in production. If an upstream manufacturer witnesses delayed production, that effect cascades downstream to other manufacturers dependant on the same source upstream.

Ports have experienced similar challenges — many had to shut down or restrict labour to avoid outbreaks. This restricted the smooth flow of goods and created bottlenecks.

As factories started becoming operational in a staggered manner, the demand for raw materials spiked. There aren't enough large container ships to meet this spike in demand. The net impact is shipping and production price spikes sharply, shortages grow and there are massive delays.

In this already, stretched-to-seams global supply chain, let us now examine the case of a commodity that is at the core element for the automobile industry – aluminium. It is such a versatile material that its ubiquity is hidden in plain sight starting from cans to buildings to rockets to cars et al. Aluminium is the green material of choice, 100 percent recyclable and abundantly available. First came the factory and port shutdowns in China during the pandemic. What followed was the crippling vessels and container shortages, dramatic rise in ocean freight to counter the shortage as owing to the nature of business and lack of excess capacities, it’s not possible to scale up container supplies or ships in the short run.

Need for out-of-the-bauxite thinking
The movement in bauxite prices further illustrates this closely linked cycle is the movement. Bauxite is one of the most abundant minerals in the earth’s crust, accounting for almost eight percent. Due to this abundance, small disruptions in output do not majorly impact prices. However, this time around, there were a slew of geopolitical and extraneous events that further exacerbating the situation. It started with an economic spat between China and Australia in early 2021, a fallout of Australia calling for an international investigation into the origin of the Covid-19 pandemic. China implemented a de-facto ban on import of many Australian commodities including coal and bauxite.

Then came the coup in Guinea, a major producer of bauxite, which is processed into alumina and then primary aluminium. China imports 47 percent of its bauxite from Guinea, its second largest source after Australia. The political upheaval in Guinea in September this year caught the aluminium raw materials chain at a particularly vulnerable moment with alumina prices already surging higher due to a massive fire in Jamalco alumina refinery in Jamaica, rendering it out of circulation. 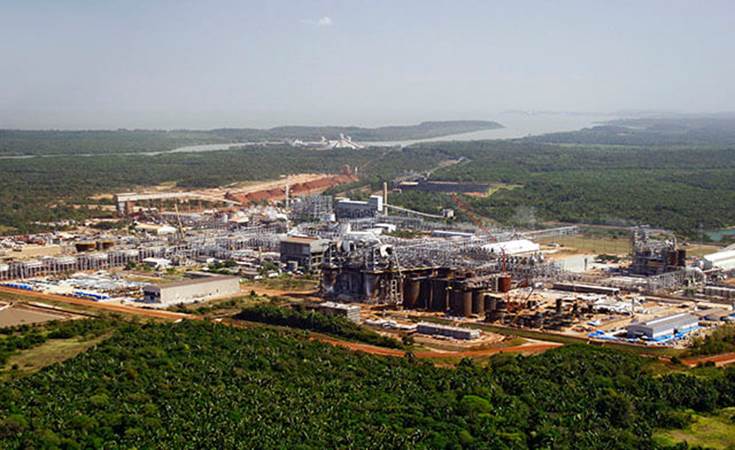 In September 2021, Alcoa Corporation announced plans to restart 268,000 metric tons per year (mtpy) of aluminium capacity at the Alumar smelter in Soo Luís, Brazil, which has been fully curtailed since 2015. (Image:  Alcoa.com)

Adding further constraints was Brazil’s Alumar refinery which, with capacity of 3.5-million tonnes per year of alumina, reduced output by a third in July after damage to an unloading berth. China’s own import appetite seems to be also increasing, reflecting the ripple effects of flooding at a Chinalco plant in Henan province in July. All these extraneous factors add more fuel to a narrative in the aluminium market, which after years of oversupply is now facing the possibility of a significant and persistent shortfall.

Aluminium has been on a roaring rally since the Covid-19 low of $1,429 per tonne in April 2020. LME three-month metal is currently trading at $2,630 per tonne, up 33 percent since beginning of this year. China, the world’s largest producer which accounts for more than 55 percent of global production, has seen a growing number of aluminium smelters being ordered to reduce output as different provinces tried to meet the stringent energy efficiency targets set by the government to meet its carbon neutrality commitment by 2060. This brought back focus on aluminium, a sector that is still dependent largely on coal-fired electricity.

Heavy wait for the light metal
Global aluminium demand is expected to grow manifold as it forms a cornerstone of ‘green’ technology, be it car manufacturers using more aluminium to make lighter cars, to be more fuel-efficient or building offshore wind power stations that will need more aluminium wires. To summarise, with continued power restrictions in China and the global container shipping in disarray, aluminium prices are not expected to return to pre-pandemic levels anytime soon.