The ‘Make In India’ slogan, which is going to be the future driver of manufacturing, is based on the pillars of drawing in higher levels of investment, innovations, skills, 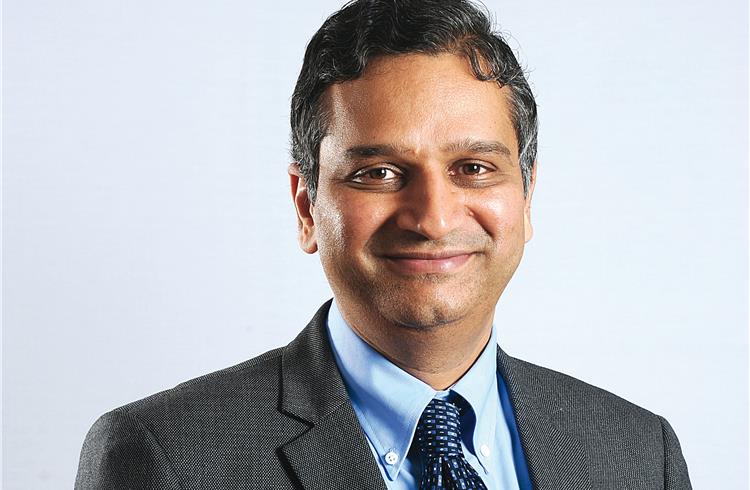 The ‘Make In India’ slogan, which is going to be the future driver of manufacturing, is based on the pillars of drawing in higher levels of investment, innovations, skills, having strong IPR policies and enhancing foreign involvement through an enabling policy environment. Various plans have been drafted which include creation of smart cities, industrial clusters, and linkages with R&D and skill development and encompass various industries of which automobiles is one of the leading thrust sectors.

The auto industry is one of the most vital segments in the country as it is the starting point of the virtuous cycle of consumption which feeds back into demand for other sectors such as steel, metals, machinery, rubber and plastic products, chemicals, electrical parts and so on. In value terms, it contributes to around 7 percent of GDP and employs close to 19 million people. The output on an annual basis has been placed at around 17.5 million vehicles of which nearly 2.3 million are exported. Quite clearly, the Make in India campaign for automobiles will play an important role in driving the economy forward.

In the present scheme of things, we are talking of four major auto clusters: Delhi-Gurgaon-Faridabad, Mumbai-Pune-Nashik-Aurangabad, Chennai-Bangalore-Hosur and Jamshedpur-Kolkata. These clusters would be working with the entire physical infrastructure needed to ensure that the industry can keep pace with the growing demand for vehicles.

The campaign involves creation of a technology and modernisation fund for the SME segment which gets attached to the auto sector by producing high-quality components. All companies have been given the incentive of an investment allowance of 15 percent, provided there is requisite investment in capital. Being a capital-intensive industry, this is a major incentive for this sector. Further, with duty rates being lowered for an extended period, the costs have been supported to ensure that this sector evolves profitably. Also, this segment already enjoys the benefit of allowing 100 percent FDI which is encouraging as we have some very big names in the industry such as GM, BMW, Suzuki, Ford, Nissan, Renault, and Hyundai, among others.

DEMAND: THE DRIVING FORCE IN A NEW INDIA
The major driving force of this campaign, however, has to come from the demand side. This is one industry where demand generates supply and with more players coming in has not only satiated the demand but created new demand for new products. Therefore, it has been a virtuous circle for this industry. There are six factors that will drive the demand for automobiles in the coming 3-5 years.

NEED FOR MOBILITY
First, is the growing population which brings along a larger number of people who not just have to be transported but also provided goods which requires more commercial vehicles. In fact the demand will be also in the farm sector for tractors which will be used for farming purposes as output has to increase.

Third, closely related to the above factor is the growth of the aspiration class, which constantly tries to keep up with the Jones’s and looks to move to better quality of vehicles. This is evident not just in urban areas but also semi-urban and rural areas, where there is a drive to impress the community.

Fourth, we are talking of the creation of new cities, which automatically leads to the demand for private vehicles as well as public transport and private taxis/autorickshaws. Urban transport has been one major challenge for existing settlements and the growth of these new cities will call for more vehicles and the system has to be prepared to scale up with various varieties to meet specific demand.

Fifth, demand will also be created by the existing and new entrants to support the aspiration class and in fact, will generate fresh demand. Today the variety available ranges from the more modest Nano to the BMWs and Audis. This will be a pull factor for households as these become what in economics are called Veblen goods where possession makes one feel better. Hence these snob value vehicles
will have their own place in the overall market.

Last, auto industry success is linked quite inexorably to the availability of finance, and this is one segment which banks also are finding attractive. Auto loans are priced at higher than home loans, are repaid faster (typically five years), have a good security, and have a lower propensity to turn to NPAs. Therefore, banks too will be targeting the retail auto loan segment aggressively as the demand builds up and will play a vital role in boosting this sector.

Hence with demand being the driving factor supported by ‘temptations’ offered by foreign players, the auto sector is probably best poised to trigger a success story in the Make in India campaign which will cut across both the large/medium and small segments. In fact, it is positioned better than any other sector as the end point is the final consumer and does not require to be triggered by other sectors – and would on the contrary be the driver of their prospects.