Can the humble bicycle help the mega auto industry?

Decline in bicycle ownership due to rising income, affordability of motorised vehicles and absence of safe cycling infrastructure. 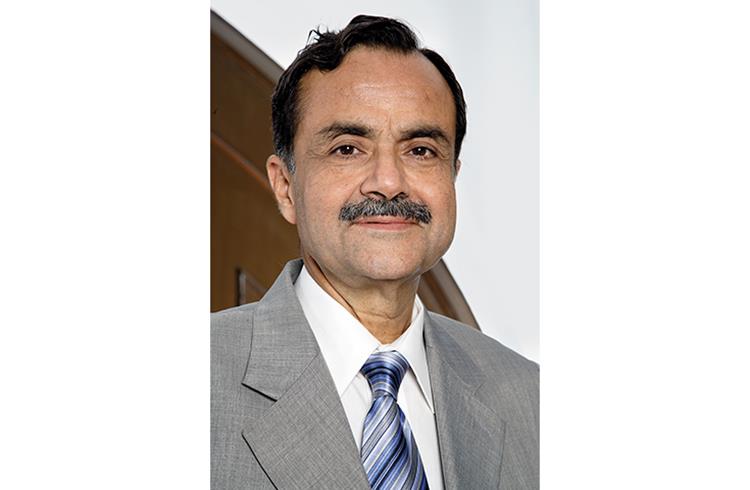 Jagdish Khattar, former bureaucrat and ex-MD of Maruti Suzuki on share of bicycle-owning households. It has increased by 1% between 2001-2011; up 3.4% in rural areas, down 4.1% in urban regions. 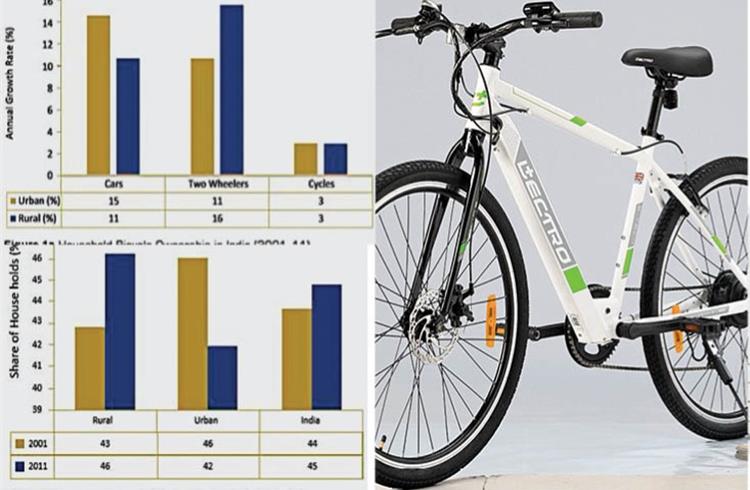 According to TERI Analysis, it is estimated that if bicycles were to substitute the two- and four-wheelers used for short-distance trips, it can result in an annual benefit of Rs180,000 crore — which is equivalent to 1.6 percent of India’s annual GDP for 2015–2016.

One would think that bicycles are an essential first step towards mobility and that there would be plenty of them in India. However, our records show that we as a country have badly let down people who could and should have been mobile.

Do you realise that there are two hundred million workers who have to work locally at whatever wages that they are given just because they cannot move out of their villages? Provide them with bicycles and within 30 days they get to work at a new workplace with emoluments (higher by 30-50 percent) and more choice. This is the effect of mobility.
The spectrum of mobility in India has always had income levels on either extremes which is not the case with most of the Western world where the extremities are more functional like commuting, leisure, fitness, family transport. The best case in point is the association of poor and rich with the bicycle and a car respectively. Sadly this attitude translates  over the roads as well where the richer vehicle is assumed  to have a right of way over the poorer vehicle  Not just roads, over the years it has translated to the ease of acquisition of the vehicle where financing could easily be available for purchasing cars and two wheelers but not for bicycles. As a result a very unnatural  vehicle ownership pyramid formed in India where the bottom of the pyramid is not the largest (as it should be corresponding to the largest low income group ) but the middle of the pyramid with motorcycles being the largest reflected in the data given.

This happened because of neglect of the bottom strata. Whoever could afford to buy a bicycle with cash did so but the remaining population forming the lowest part of this bottom could not find means of financing their purchase of a cycle. On the other, hand the middle class could easily finance the purchase of a motorcycle or scooter thus not leaving a lacuna like it did at the bottom of the pyramid .

Over decades since India’s independence, the upward mobility continued to take place with first-time bicycle users graduating up to motorcycles and possibly to cars but the extreme bottom of this segment could never catch up and move upwards. This gap has remained to date. To our collective shame!

What though is not realised, visibly, is that this gap also affects the growth of the automotive sector since this bottom of the pyramid is the breeding ground for future customers of two-wheelers and cars. The movement happens over a generation or two and hence it is easy to overlook it as your future customer base. Henry Ford famously offered a  higher-than-average salary to his workers so that they could afford to buy the very cars that they were assembling by hand. We require that kind of vision in the automotive industry today where we learn to look past the short- to mid-term trends and work toward building up a sustainable consumer base. The growth in the automotive sector could actually leapfrog a couple of generations if we take a microscopic look at how the bottom of the pyramid economies work and how the whiplash of their upward mobility directly hits the automatic growth, possibly sending it flying upwards (or in a tailspin if continued to be ignored).

The low-income economies experience exponentially high rise in income with marginal interventions like access to a bicycle. This increases their access to a larger geographic area and thus more opportunities of work, which in turn creates a more competitive labour market in that region and increases the average wages earned. This also addresses the problem of lack of work during lean periods of farming and other seasonal labour work by access to alternative opportunities.

Not just that, even socially upward mobility takes place with education of the girl child, who with the bicycle, can travel to schools afar safely and on time. The Mukhyamantri Balika Cycle Yojana from Bihar has been tremendously successful and emulated by several other states in India.

Within a generation educated females help their families with additional income, better household income management and propagate the spread of education to the future generations.

All of these converge towards them becoming a more participative consumer with higher disposable incomes,  a share of which inevitably comes to the automotive industry as mobility will always remain a basic human need.

In conclusion, yes, one is aware that India is not one homogeneous country. There are many layers and issues to address. But essentially if we take care of the base population, we can eventually add to the numbers in the other segments. In short, if you put in the work to sharpen the steel, it will eventually turn into needles.n

This column was first published in the August 15 issue.