BS-VI: a win-win solution for industry

The dilemma Indian industry faces is not as much of financial investment as it is of paucity of time. While the EU took nine years to evolve from Euro 3 to Euro 6, Indian OEMs and suppliers have a time-window of only three years – but the effort will be well worth it. 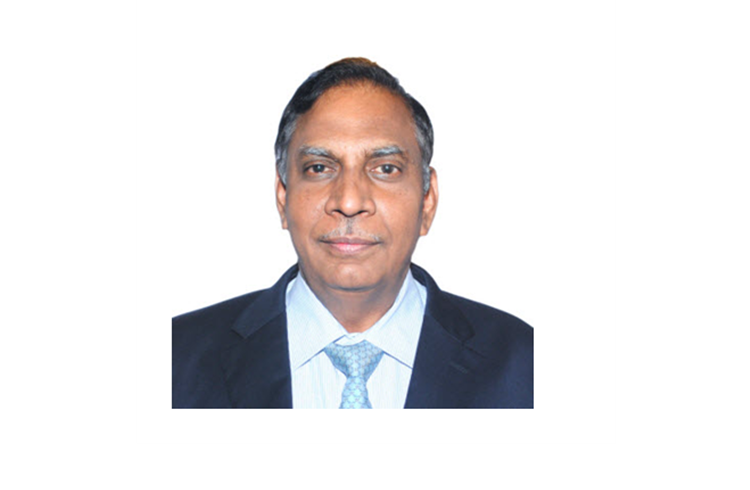 The dilemma Indian industry faces is not as much of financial investment as it is of paucity of time. While the EU took nine years to evolve from Euro 3 to Euro 6, Indian OEMs and suppliers have a time-window of only three years – but the effort will be well worth it.

US president Donald Trump’s decision to quit the Paris Agreement on Climate Change invoked global ire from those committed to the accord. Even as the US withdraws from reducing its carbon footprint, two rising superpowers – India and China – are showing exemplary commitment to comply with the agreement.

Speaking at the St. Petersburg International Economic Forum (SPIEF), Prime Minister Narendra Modi said, “Paris or no Paris, our commitment to preserving the climate is for the sake of future generations. We must leave for our future generations a climate wherein they can breathe clean air and have a healthy life.”

A similar sentiment resounded across Europe and China, suggesting that terms and conditions to the accord are ‘irreversible’. UN Secretary General Antonio Guterres termed the withdrawal a ‘major disappointment’. The US rebuttal could add 0.3deg Celsius to global temperatures by the end of the century, the UN World Meteorological Organisation stated.

One frequently comes across debates and articles on fundamental rights, especially those to do with freedom of expression. But it may be comparatively vexatious to find such livid discourse on another equally basic, fundamental right—that to clean air.

They say that the best things in life are free. But it hardly seems to be the case when it comes to India’s fight to counter climate change. The recent Supreme Court Order stating that BS IV emission standards be complied by automakers beginning April 1, 2017, left quite a few feathers unruffled. The auto sector has been taken aback, to a certain extent.

The Paris Accord of 2015 witnessed 147 out of 197 parties ratify the convention to counter climate change—a heartening majority. India too, became a signatory to the plan. However, that didn’t come as much of a surprise since just a few months ago, the prime minister launched the National Air Quality Index (NAQI).

With the dubious distinction of having a host of its cities listed in the World Health Organization’s (WHO) database of most polluted cities, numerous concerns have been raised suggesting that citizens are being denied the fundamental right to clean air.

In its order for Vardhaman Kaushik vs. Union of India & Others (2016), The National Green Tribunal (NGT) observed, "The states owe a constitutional, statutory and public law obligation to protect, provide to its citizens at least breathable if not absolutely clear air to breathe.” As a part of the same order, the NGT also provided a definition of environmental emergency, that is—whenever, particulate matter, namely PM 10 and PM 2.5 cross the 431µg/m³ and 251µg/m³ mark respectively.

Today, the Central Pollution Control Board (CPCB), the pollution control regulatory body of India has stepped up its fight against air pollution in India. The watchdog monitors the level of harmful Suspended Particulate Matter (SPM) and also issues advisories.

The State Pollution Control Boards (SPCBs) & the National Environmental Engineering Research (NEERI) meanwhile keep a tab on the ambient air quality through their vast network under the National Air Quality Monitoring Programme (NAMP). In cities such as New Delhi and Mumbai, it is not uncommon to come across large digital displays projecting real-time air pollution levels.

The auto industry and legacy of the Mashelkar Committee

The world’s fastest growing major economy is also its most populous one.  This translates for over 1.2 billion aspirations, vehicle ownership for sure is one of them. Around 54,000 vehicles are registered on India’s roads each day. While metros lead the pack in car sales, many Tier 2 and Tier 3 cities aren’t far behind.

The average pace of road construction currently stands at 23km per day, while around 1,800 cars hit the roads every day. As far as the demographics go, one can surely forecast higher car sales in the months to come with rising urbanisation and affluence.

This may bode well for the automakers, but it also means that the government needs to work out a comprehensive framework on vehicle emission standards to keep a check on deteriorating air quality. The Supreme Court ruled in March 2017 that no registration or sale will be allowed on any BS III compatible vehicle from April 1, 2017.

Flashback to 2002. An expert committee headed by Dr. R.A. Mashelkar tabled a report recommending on the auto fuel quality, vehicular emission norms and related issues for the country as a whole.

The Auto Fuel Policy provided two separate road maps up to 2010, one for vehicular emission norms for new vehicles and the other for measures to be taken for reducing pollution from in-use vehicles. It was a phased approach to higher emission standards.

The committee identified New Delhi, Mumbai, Kolkata, Chennai, Bangalore, Ahmedabad, Hyderabad, Pune, Kanpur, Surat and Agra on the basis of vehicular population and the observed pollution levels as the cities where the next stage of vehicular emission norms should be introduced ahead of the rest of the country. It also recommended progressive upgradation of the quality of liquid auto fuels to meet the proposed vehicular emission norms.

The road map for new vehicles at the time (except two- and three-wheelers) suggested compliance of Bharat Stage II emission norms in the entire country from April 2005 and Euro III equivalent norms by April 2010.  The recommendations stated that, in addition to the four metros where Bharat Stage II norms are already in place, Bangalore, Hyderabad, Ahmedabad, Pune, Surat, Kanpur and Agra must also meet this norm from April 2003.

Meanwhile, as per the framework, these cities would need to comply with Euro-III and Euro-IV equivalent emission norms from April 2005 and April 2010 respectively. The first Auto Fuel Policy was adopted in 2003 on recommendation of Mashelkar committee (2002).

In 2012, the Saumitra Committee was formed to draft Auto Fuel Policy 2025. As per the Committee recommendations, Euro 4 or BS IV emission standards to be implemented in phased manner starting from April 2014 so that entire country is covered by April 1, 2017. The committee also recommended for implementing BS V and BS VI across the country by 2022 and 2024, respectively.

However, the government decided to skip Euro 5 and directly jump to Euro 6 (BS VI) standards by April 2020 so as to improve the deteriorating air quality.

This is transformational. Not just in spirit, but also in its actions, the government is acting on a war footing to reduce environmental pollution. In the long term, this would also benefit investor sentiment towards the country. Today, many sovereign wealth funds and financial institutions refrain from investing, providing credit or even remotely associating with industries that allegedly causes pollution. This trend would possibly become more pronounced in the coming decades.

Leapfrogging in embracing higher emission control standards however would entail higher financial cost. Both, the oil sector and the auto sector would have to install technologies that are compliant with BS-VI emission.

According to the Oil Ministry, the government is spending Rs 90,000 crore on the PSU Oil Marketing Companies (OMCs) for phase-wise upgradation to BS IV fuel. This would be followed by another upgrade in the next three years, which would thereby incur further expenditure. The same holds true for the vehicle manufacturers too—technology upgrade would come with its costs.

In the near future, this will ensure better air quality and eventually fewer incidents of sickness & premature deaths as a result of air pollution. In the long term, this is a small cost to ensure intergenerational equity of our natural resources.

However, the dilemma that the industry faces is not as much of financial investment as it is of paucity of time. The European Union had approximately nine years to evolve from Euro 3 to Euro 6 — an adequate period of time to develop the technology and products to meet the norms. India meanwhile, has a substantially shorter time-window of just three years. The positive aspect of this is that the technologies are available to shift to BS VI  seamlessly though the vehicle manufacturers face a huge challenge in validating different engine/vehicle platforms. However, micro-LCVs would pose a major challenge for BS VI implementation considering the space constraints in packaging after treatment systems and the stop-and-go city operating conditions in which they operate.

Exhaust Gas Recirculation (EGR) or after treatment technology like Selective Catalytic Reduction (SCR) and Diesel Oxidation catalyst with or without partial filters are already being used for reduction of noxious emissions like nitrogen oxides (NOx) and particulate matter (PM) respectively by medium and heavy duty commercial vehicle manufacturers to comply with BS IV emission norms prevailing in the country today. In addition to these after treatment devices, Diesel Particulate Filters (DPF) and Gasoline Particulate Filters (GPF) would also be required to meet BS VI norms from April 1, 2020 in diesel and turbo-charged gasoline direct engines (T-GDI).

The auto industry in an age of disruption

All the signatories at the COP21 are actively working towards meeting their targets to reduce their national carbon footprint. Apart from this, there is another revolution that is slowly gaining confidence to outpace carbon footprint in the coming decades—the rise of renewable sources of energy.

The government’s thrust towards solar and wind energy is diversifying India’s energy mix. Today the cost of solar power per unit is pegged as low as Rs 2.62/unit, almost as competitive as that of coal fired thermal power.

For instance, the concept of mobility is changing. The electric vehicle is evolving rapidly to match up with the fossil fuel powered car. From higher mileage per recharge and low cost maintenance to high-tech gadgetry, the electric vehicle seems to be headed towards a promising future.

Also, with the introduction of concepts such as hyper loop and pod taxis, urban mobility promises to look remarkably different in the coming decades. What does this mean for the mainstream auto sector and the oil industry in the long term?

Well, it is a situation of adapt or perish. Although the government’s push for cleaner air comes across as sudden, it is minimal when compared to the paradigm shift that the industry would face with the advent of new sources of energy and technology.

Some estimates suggest that the cumulative cost for the auto and oil industry to overhaul the technology to comply with BS-VI could be to the tune of US $12 billion. It is huge.

But an upgrade would ultimately serve to benefit India, planet Earth as well as these industries; they could then continue to maintain relevance and continue to exist side-by-side the disruptive players. There cannot be a stronger case for the industry to embrace the new emission norms.