The CK Birla-owned Hindustan Motors had stopped producing this model eight years ago when it became amply clear that there was really no future for it going forward. 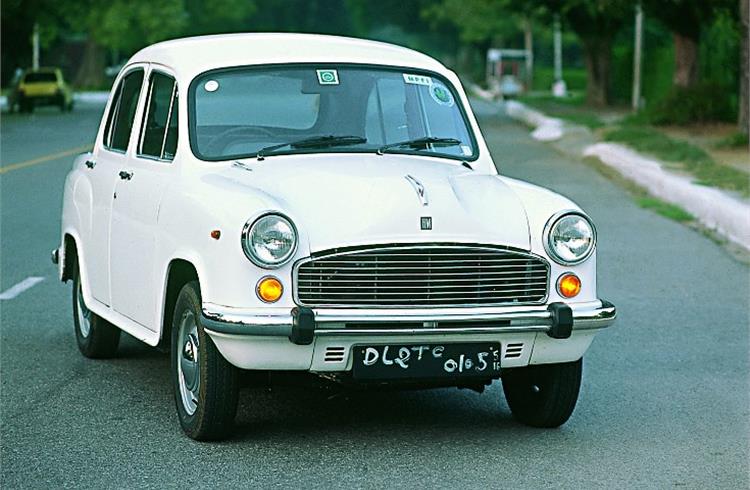 Amidst all the grim news on the Ukrainian crisis and China lockdown, there was welcome relief in the form of reviving a legacy brand.

The Ambassador is due for a return though in a completely rebooted avatar and, in all likelihood, from the Stellantis stable. More specifically, it will roll out of the former CK Birla plant near Chennai which is now home to the Citroen brand.

Prior to the creation of Stellantis, Groupe PSA of France had inked a deal with the Birlas to use this facility for its India car plans as well as the powertrain business in Hosur. As part of the agreement, the French brand had also agreed to buy out the Ambassador brand which only ignited hopes of its revival.

The CK Birla-owned Hindustan Motors had stopped producing this model eight years ago when it became amply clear that there was really no future for it going forward. The Uttarpara facility in West Bengal is now only a memory with old-timers left with a sense of hope and longing.

PSA, meanwhile, gave no indication of its plans to revive the Ambassador. Its CEO, Carlos Tavares who is now in the driver’s seat at Stellantis, had told this writer during the 2017 Geneva Motor Show that ownership of the brand would perhaps translate into an opportunity in its India innings.

“We have to eventually see if it makes sense to the Indian customer. The Ambassador is an iconic brand and warms the hearts of people in India. If there is an opportunity where it brings value to the eyes of customers, we have the brand and can use it,” he had said.

Now it looks as if the script is being readied for its revival and if everything goes according to plan, Stellantis will have an all-new Amby out in the market over the next 2-3 years. The company will doubtless be aware that customers are not going to queue up for the car based on nostalgia alone and it will, therefore, have to be something really special. Ideally, it should be able to merge its legacy values and still appeal to a growing generation of smart and savvy buyers.

Reviving old brands is not anything novel though the results have been mixed. The experiment with Datsun, for instance, turned out to be disastrous and Nissan recently pulled the plug on the brand. On the other hand, Bajaj Auto has pulled off a remarkable job with the Chetak now positioned as a contemporary electric scooter. Hyundai did not experience the same heady response for its resurrected Santro and Stellantis will clearly go all out to capitalise on the virtues of brand Amby while making it relevant for today’s generation.

Tavares has incidentally made it clear that India is an important market for Stellantis and that it is here to make a strong statement in areas like electric. Jeep and Citroen will be the growth engines which effectively implies that there is really no hope of reviving the Fiat brand.

Over the last two decades before it merged with PSA to create Stellantis, Fiat has been through a rollercoaster ride in India. The buyout of Chrysler and the formation of a stronger FCA (Fiat Chrysler Automobiles) firmed up its priorities to focus on Jeep. There were short-lived success stories from brand Fiat like the Uno and Palio but the fact that they could not last the course meant that some hard decisions had to be taken.

The other bit of big news relates to Tata Motors acquiring the Ford facility at Sanand, Gujarat. The Indian company is clearly on a roll with its electric drive and will use this plant to grow the business even further. As for Ford, one part of the exit puzzle has been solved but the Chennai unit remains an area of concern.

Thus far, there is no indication of any buyer in sight even while there have been reports of Hyundai and Ola Electric having expressed interest in taking over the facility. This is the last production month at Chennai and the Tamil Nadu government will be hoping that anger among the Ford workforce does not spill over into violence.

My colleague, Shahkar Abidi, was at the recently held Excon meet in Bengaluru and spent time with senior representatives from the construction equipment industry. The unanimous view was faith in India’s  infrastructure growth story but with a degree of circumspection given the levels of global volatility. As the cliche goes, it is all about being cautiously optimistic!