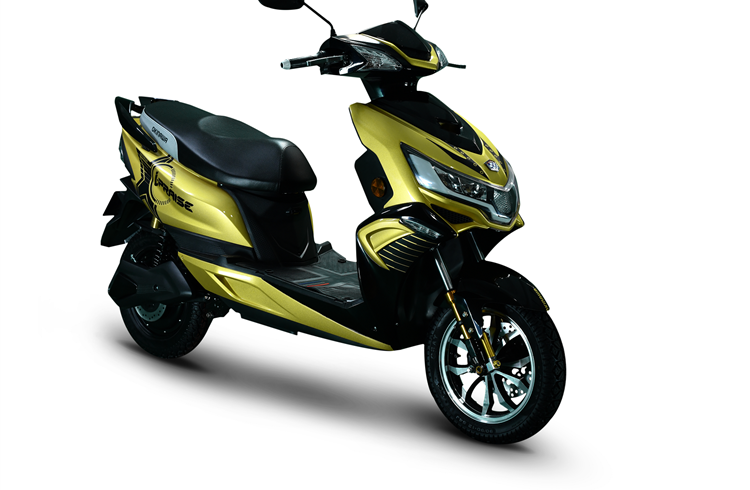 Vehicular pollution is one of the major contributors to greenhouse gas emissions. The vehicles on the road account for three-fourth of these emissions, due to the usage of petroleum in these conventional modes. With approximately 900 million vehicles on road at present globally, this has resulted in inevitable consequences of both rise in crude oil demand and the complementing CHG emissions. Thirty-two percent of air pollutants generated by transport sector comes from two-wheelers, diesel-run trucks account for about 28 percent, and private cars are the third biggest polluter at 22 percent.

India is in the group of countries that has the highest particulate matter (PM) levels which is six times more than the WHO ‘safe’ limit. The rapid spike in global temperature, India’s commitment to cut down GHG emission levels by 33-35 percent till 2030, depleting conventional fuel resources and rise in costs due to higher imports along with the fact that our country is home to 14 out of the 20 most polluted cities in the world necessitate the shift to sustainable modes of transportation.

While the solutions may include sharing cars and using public transportation, these measures will not help change the bigger picture. Electric vehicle technology, on the other hand, has the potential to substantially reduce the GHG emissions as well as air pollution. The decrease of fossil fuels and the increase of available renewable energy make electric vehicles (EVs) the future of transportation. India can save 64 percent of anticipated passenger road-based mobility-related energy demand and 37 percent of carbon emissions in 2030 by pursuing a shared, electric, and connected mobility future. Carbon emissions from EVs are around 30 percent lower than petrol or diesel competitors. Merely by plugging an EV to a charger for a few hours, enough energy can be stored to go through the day. Along with curbing of pollution, greenhouse gas emissions and all such environmental concerns, these will also help reduce our reliance on crude oil and its consumption.

The Indian government's leading think-tank has proposed electrifying most motorbikes and scooters within the next six to eight years to curb pollution and reduce dependency on fossil fuels and, moreover, important methods are being implied to take the idea to the next level. It has taken up on numerous activities to support the utilisation of EVs, with the beginning of National Electric Mobility Mission Plan 2020, in 2013, Scheme for Faster Adoption and Manufacturing of (Hybrid&) Electric Vehicles in India (FAME India) was propelled for a long time under Phase-I and FAME II Scheme, with an allocation of Rs 10,000 crore, featuring a move towards EVs, till the year 2022.

India sold more than 21 million motorbikes and scooters in FY2019, making it one of the world's biggest two-wheeler markets. The government now expects EVs to make up 15 percent of all new sales in five years from less than 1 percent currently.

But the air quality gains could soon be lost if cleaner fuel and compatible engines for two-wheelers are not made available.  Since India is the largest two-wheeler market globally with sales of more than 21 million units in 2018, the government seeks to impose a green cess of Rs 800-1,000 on petrol two-wheelers to incentivise and bring on road a million electric two-wheelers in the next 2-3 years. The incentive will help promote widespread usage of electric two-wheelers and thereby address the concerns about rising crude oil imports and vehicular pollution.

As countries continue to green their electricity supply through renewable energy, electric vehicles will only get cleaner and greener– perhaps as much as 90 percent less carbon-intensive than petrol models. While the demand for new and better infrastructure and the issues of congestion and parking spaces would remain, adopting electric vehicles would help reduce costs, air and noise pollutions, GHG emissions and the demand for fossil fuels substantially. Therefore, in this era of an ever-increasing automobile dependence, incorporating electric vehicles in the system is among the most practical and approachable solutions towards a sustainable mode of transportation and of living.

Hopefully, we are moving steadily towards the brighter and greener future to become a pure-EV nation.