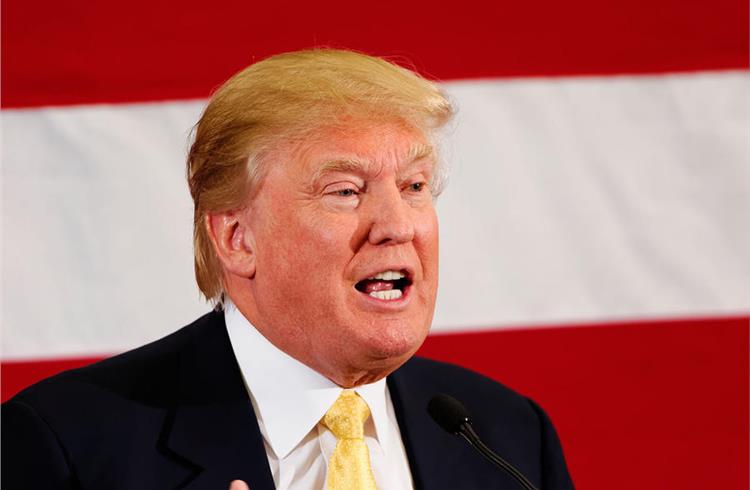 As an opening bid from a bloke meeting you at an American airport to drive you into town, it was not lacking the element of surprise.

‘How’s Brexit?’ enquired the grinning stranger as he crossed my name off his manifest, to which I’m afraid the only riposte my mildly jet-lagged brain could conjure in that instant was ‘How’s Trump?’ The smile vanished pretty much immediately as his hitherto cheerful but now world-weary voice muttered, ‘So you think you’ve got problems.’

Whether I do or not is not the issue here. Trump is the issue. In theory, there should be few places on earth likely to benefit more from the Mighty Bouff’s promised protectionist approach than right here in Motor City.

Since he won the election, Ford has scrapped plans to build a $1.6 billion plant in Mexico, Fiat Chrysler Automobiles has announced a $1 billion US investment programme that includes moving production of the Ram pick-up back north of the border, and both General Motors and Toyota have been fiercely criticised by Trump for making cars in Mexico and threatened with import tariffs of up to 35 percent if they continue so to do. Their response remains to be seen.

The Mexican car industry has been enjoying a boom now fully 20 years in the making and, according to Bloomberg, has a further $22 billion in investment promised by major manufacturers by the end of the decade. How many will stick to those agreements now remains to be seen, given that the President-elect has already promised to rip up NAFTA, the North American Free Trade Agreement that brought tariff-free trading between the US, Canada and Mexico.

And if I could just for a moment forget about feeling sorry for all those Mexicans who won’t have jobs as a result – that £22 billion comes with 25,000 of them – I might start to feel rather happy for Detroit.

Except I don’t. Don’t misunderstand me, Detroit, while showing signs of revival, still needs all the help it can get and repatriating production here would seem like an effective step in that direction. Except that protectionism cuts both ways, and if the price of US-built cars becomes uncompetitive when sold abroad because export markets have imposed retaliatory tariffs, then much of the apparent good will fail to materialise.

The thing is, I love this town. Every time I hear a pick-up rumble past, I think of the V8 under its hood and role this place took in putting it there. Everyone with an interest in cars and where they came from must want Detroit’s fragile recovery to take root, grow strong and prosper. But I don’t think you do that by cutting trading links and forcing manufacturers to build less profitable cars that are then harder to export. More simply, you do it by building cars people both want and can afford to buy. Wherever in the world they may happen to be.