The event will be home to 200 vintage and classic cars from the bygone era representing the rich cultural and motoring heritage of India. 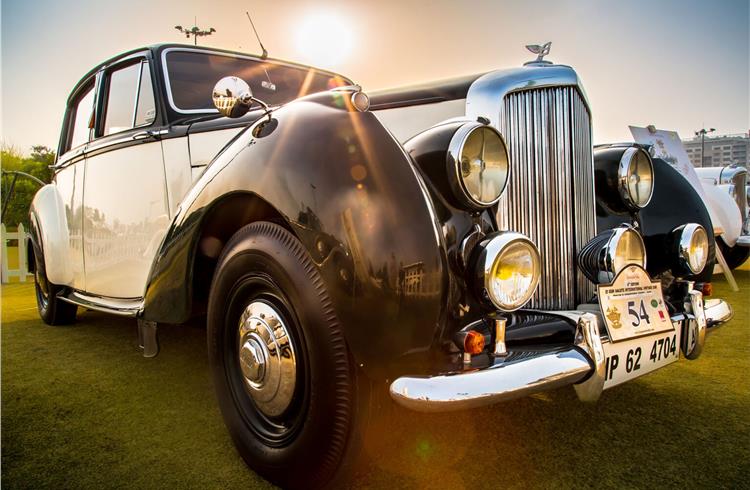 The event will take place in Vadodara, Gujarat at the regal Lukshmi Vilas Palace that is said to flaunt the rich history and culture of India. The tenth edition of the show will showcase vintage and rare classic cars that have preserved the rich motoring heritage of the country.

The 21 Gun Salute Concours d'Elegance 2023 will draw 200 vintage and classic Indian marques. 25 International cars, 120 veteran bikes and Maharaja cars are being exhibited in the tenth edition of the event. Vintage and Classic Cars from the USA, Switzerland, Belgium and France will also be a part of this competition which will be adjudicated by 35 international judges who are renowned experts in the motoring fraternity and will travel from all over the world to judge as connoisseurs of cars, beauty, taste, and design.

As part of the event, 75 vintage cars will receive a flag-off at the historic Lukshmi Vilas Palace, Vadodara on January 5 and wheel to The Statue of Unity - the tallest and most magnificent statue in the world to commemorate 75 years of India’s independence. On January 6, all 200 cars will be showcased at the palace, while January 7 will be the day for the results announcement and award ceremony.

The Vintage and Classic car show will see some of the rare cars such as the 1948 Bentley Mark VI Drophead Coupe, 1932 Lancia Astura Pininfarina, 1930 Cadillac V-16, 1928 Gardner roadster, and 1911 Napier among others.

The Concours is organised by the 21 Gun Salute Heritage & Cultural Trust in collaboration with the Ministry of Tourism, Government of India, and in its tenth edition, is gaining strong support of Gujarat Tourism to boost the Incredible India! campaign. The event grounds – Luxmi Vilas Palace will offer over 500 acres of display space to the event organisers.

According to Madan Mohan, Chairman & Managing Trustee – of 21 Gun Salute Heritage & Cultural Trust, “It has been an absolute privilege to have overseen the development of what is now globally famous - The 21 Gun Salute Concours d'Elegance. The show has demonstrated rapid growth and has the potential to propel the image of host destination-India-to new heights as a heritage motoring fraternity but has also developed international significance. After setting Delhi-NCR as a stage in 2011, for the 10th edition of the 21 Gun Salute Concours d'Elegance, we aimed to lift the diversely rich heritage and history provided by India.”

“We are delighted to propel the exquisite tourism experience Gujarat offers and showcase the royal side of India through Vadodara’s rich heritage. The 2023 Concours will go down in history and help India establish itself as a global motoring tourism hub as nothing can beat the Indian hospitality, relaxed atmosphere, and fantastic vehicles in attendance,” Mohan added.