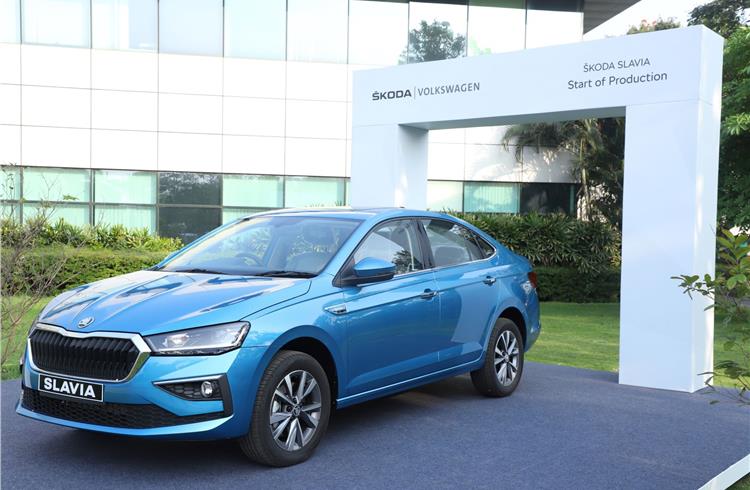 Skoda Auto India has begun the production of its premium mid-size sedan, the Slavia from its plant in Chakan, Pune.

Developed for the Indian market, the vehicle is powered by a 1.0 litre 3-cylinder turbo petrol and a 1.5-litre 4-cylinder turbo petrol, making 85kW (115ps) and 110kW (150PS) respectively. The Slavia will come with a choice of either a 6-speed manual, 6-speed automatic or 7-speed DSG transmission.

Christian Cahn von Seelen, chairman, Skoda Auto Volkswagen India said, “Four years ago, we pledged a renewed commitment to India with the announcement of the India 2.0 project. The Slavia is a strong testament of our intent and capability in the Indian market.”

Zac Hollis, brand director, Skoda Auto India, said, “In times where interest for crossovers and SUVs is high, the Slavia is a measure of Skoda Auto's confidence that it is the product and not the category or body shape that will drive customer demand."