The news comes in shortly after Thierry Bolore stepped down as CEO of Jaguar Land Rover in November. 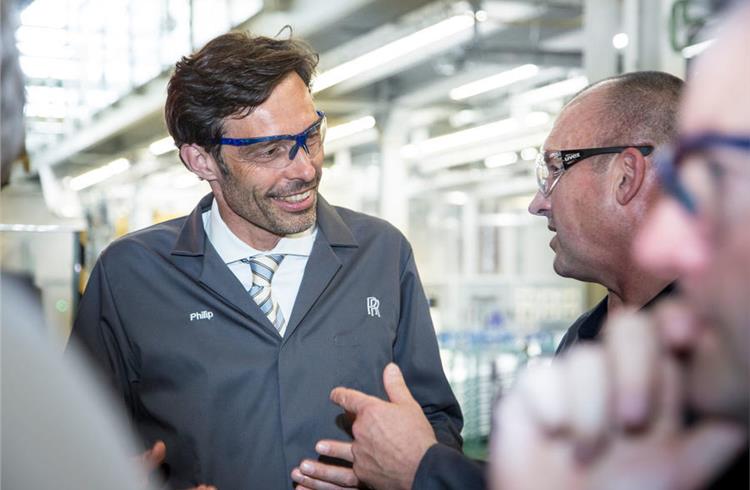 Jaguar has named ex-Rolls-Royce engineering supremo Philip Koehn as its new managing director - a significant step on its path to becoming an electric luxury brand from 2025.

Koehn has been in a leading role at Jaguar since joining from now-defunct Sino-German brand Borgward in 2019, with his official appointment to the top job coming in the wake of the high-profile departure of Jaguar Land Rover CEO Thierry Bolloré last month.

He was quoted publicly by the brand for the first time as it unveiled the updated 2023 iteration of its F-Pace flagship SUV, saying that Jaguar is "curating our existing products by offering richer and more desirable specifications" as it gears up to replace them all in two years' time.

German-born Koehn's LinkedIn profile proclaims him to be "inventing the future of Jaguar" from his office in Gaydon - a role in which he no doubt draws heavily on his time at Rolls-Royce, where he was a leading light in the development of the firm's bespoke Architecture of Luxury, used first for the Mk8 Phantom and now shared with all models, including the new electric Spectre.

When Autocar toured the Rolls-Royce production line in 2017 with Koehn, he spoke at length of the benefits of Rolls-Royce being part of the BMW Group.

"I was taught that you need a strong relationship with a volume car company to build the best low-volume cars, and that remains the case today,” he said. “BMW has some fabulous facilities, including its rigorous test procedures, but the advantages don’t occur in the ways we imagined.

"We learned that by using the 7 Series platform, we were asking components to deliver things they weren’t intended to do, which meant the promised economies of scale weren’t as viable as we first thought.”

He also highlighted the importance of maintaining an element of 'craftsmanship' on the production line of a luxury marque, bulk-buying all components to minimise delays and scrupulous precision in manufacturing methods.

These are themes that will be resurfacing as Jaguar works flat out to launch a range of all-new and much more luxurious models from 2025, each sitting a bespoke platform called 'Panthera' and with rivals at Aston Martin and Bentley firmly in their sights.

Another obvious parallel between Jaguar and Rolls-Royce is their respective British heritage and manufacturing footprint. On launching the then new Phantom, Koehn told Autocar that he and his team "would have loved" to do more of the engineering in Goodwood, but did not have the necessary facilities.

As it stands, Jaguar produces all of its cars except the I-Pace EV and E-Pace crossover in the West Midlands, and Jaguar Land Rover has committed to keeping all its UK facilities open past 2025 - so Koehn's affinity for British industry could prove a valuable asset as the company reshapes its line-up and operations.