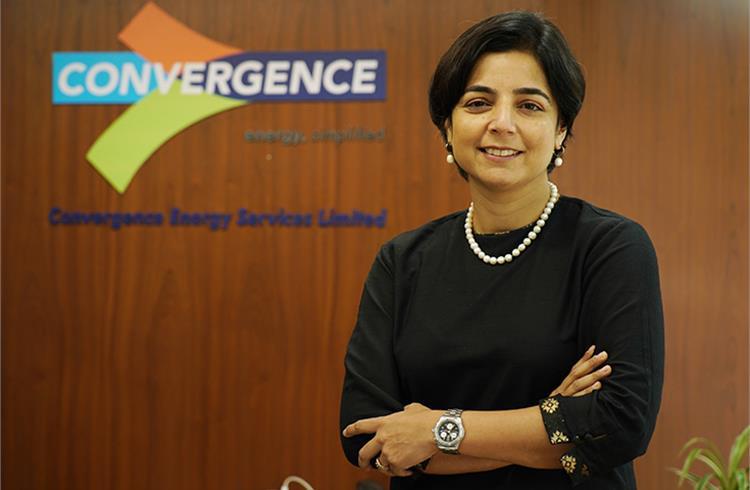 Mahua Acharya, MD and CEO of the state-owned Convergence Energy Services (CESL) has stepped down from her position.

The development comes at a time when CESL, which is a part of Energy Efficiency Services (EESL), a joint venture of public sector companies under the Ministry of Power, is looking to push clean automotive fuel in the country along with other industry stakeholders.

Under Acharya's leadership, CESL floated its first tender in September for the deployment of 5,690 electric buses under the ambitious National Electric Bus Program (NEBP), which aims for a nationwide deployment of 50,000 e-buses. It came after the Grand Challenge strategy adopted by CESL, which resulted in the identification of the lowest-ever e-bus prices. Energy Efficiency Services (EESL), a joint venture of public sector companies under the Ministry of Power, is the parent company of CESL, which focuses on providing clean, affordable, and reliable energy.

Mahua, who has worked in several nations comes with over two decades of experience in green finance, renewable energy and carbon markets. She was previously the Assistant Director-General of the Global Green Growth Institute, Seoul, a 29-nation intergovernmental organisation, where she set up an investment division that operated across 16 nations and attracted $500 million in financing commitments. Additionally, Acharya previously served as the managing director of a carbon credit-based company that provided low-income Indian households with energy-efficient lighting. She was working at the World Bank in Washington, DC, in the early days of the carbon markets and the carbon fund industry, making her one of the earliest adopters of the carbon market.

“This is to convey notice of my resignation from the posts of Managing Director (MD) and Chief Executive Officer (CEO) of CESL, including the post of Head Convergence as was originally advertised. In line with contractual requirements, my last day will be January 13, 2023,” she said in her resignation letter to Vishal Kapoor, CEO of parent firm EESL, as news agency PTI reported.

Acharya went on to say that she would also like to leave the company's board of directors and asked that the proper resolution be passed in this regard. However, she did not go into detail about the reasons for her resignation in the letter dated November 28, the report added.