Worryingly, the percentage of deaths to the total number of accidents has been steadily increasing over the past five years. 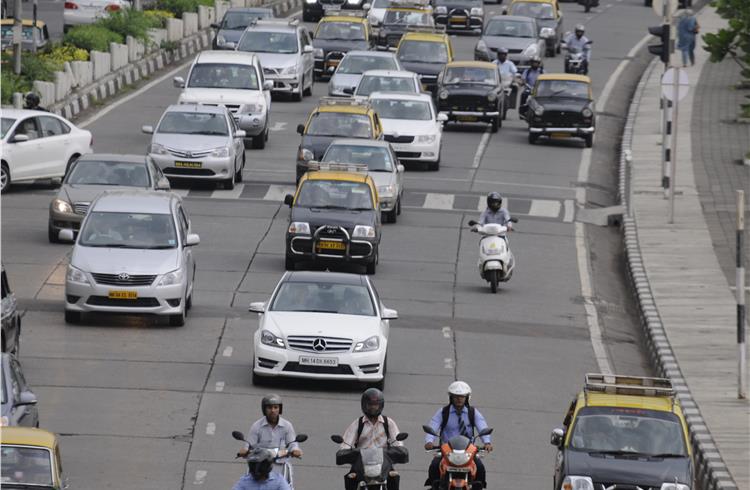 On Indian roads, at least one person dies every three minutes, and the usual suspects—such as over speeding, drunken driving, driving on the wrong side, and failing to wear a seat belt or a helmet—along with bad road planning and potholes are coming out as major contributors, reveals the latest available data with transport ministry.

Ironically, the rising number of traffic accidents—4,12,432 overall and the resulting 1,53,972 deaths—a spike of 16.9% over the previous—comes out as a cause for concern at a time when the Indian government has been raising vehicle safety standards with mandates like that of mandatory air bags, anti-braking systems (ABS), and combined braking systems (CBS), as well as the Bharat New Car Assessment Program.

For the sake of perspective, China, which ranks second with 2,44,937 accidents, had 63,194 fatalities in 2018, while the United States (US), which has the world's largest road network, saw 19,27,654 accidents, though the number of fatalities remained much lower at 36,560, as per the most recent available data from the International Road Federation in Geneva.

Worryingly, the percentage of deaths to the total number of accidents has been steadily increasing over the past five years. It increased by 28.3%, 29%, 29.5%, 30.7%, and 34.5% during 2016, 2017, 2018, 2019, 2020, and 2021, respectively, as the latest available data with the Ministry of Road Transportation & Highways (MoRT&H) indicate. In fact, the percentage of fatalities in relation to total accidents increased even during 2020, when overall accidents had seen a drastic dip due to pandemic induced lockdowns across the country.

In his message, which is part of the MoRT&H's latest annual report, Nitin Gadkari, minister for MoRT&H, remarked, "Unfortunately, the worst affected age group in road accidents is 18-45 years, which accounts for about 67 percent of total accidental deaths."

Gadkari stated that his ministry has undertaken a number of initiatives, including those relating to vehicular and road engineering, as well as educational initiatives aimed at raising awareness about road safety. Furthermore, it has been implementing the Motor Vehicle (Amendment) Act 2019, to meet the needs of the changing transportation system and environmental scenario. The amended law provides for provisions like a stiff hike in penalties for traffic violations, electronic monitoring, and enhanced penalties for juvenile driving, among others.

What Minister Gadkari did not mention is that, despite its good intentions, the MV (Amendment) Act 2019 ran into a lot of roadblocks because several states including the BJP ruled ones refused to accept it in its entirety or diluted its provisions in response to popular public criticism.

Commenting on the development Dhawal Ashar, Program Head, Integrated Transport, WRI India, a partner under the Bloomberg Philanthropies Initiative for Global Road Safety (BIGRS), stated that road safety is a public health concern, and we now have clear, evidence-based strategies to save lives. "We have to understand that speed management does not mean only setting speed limits or relying on enforcement." "While this is important, infrastructure plays a huge role in curtailing speeds." "Road design is the key here as it continues to be overdesigned for speeding with speed limits determined rather arbitrarily." For instance, the Bandra-Worli Sea Link in Mumbai has a posted speed limit of 80 kilometers per hour (kmph). However, the stretch is designed to allow speeds of up to 120 kmph" Ashar continued.

Speed kills
One of the primary reasons, the MoRT&H report, point out for the rising number of road accidents and related deaths to be over speeding for the four consecutive year. In 2021, overspeeding accounted for 69.6 percent of total deaths, followed by driving on the wrong side which contributed with 5.2%.

The other major indicators of traffic rule violations, like 'drunken driving/consumption of alcohol' and drugs, 'jumping red light', 'driving on the wrong side', 'use of mobile phones' etc., registered a decrease in 2021 compared to 2020, with the total number of accidents and deaths decreasing by 13.7% and 27.4%, respectively.

Harish Baijal, a former Deputy Inspector General (DIG) with Maharashtra Police who brought ‘drunk-driving’ offenses onto the country’s enforcement map during his helm as Deputy Commissioner of Police (Traffic), Mumbai suburbs around 2007–2008, but believes otherwise. He claims that the decrease in drunk driving and other traffic-related cases is most likely due to laxer enforcement. “It is saddening that so many lives are getting lost on account of road accidents,” Baijal told Autocar Professional.

“One hardly gets to hear of cases these days, wherein driving licence of second time offender getting cancelled permanently, as it provisioned under the law” he continues. Interesingly Baijal, the poster boy of traffic discipline had once even chastised the then Deputy home minister late RR Patil for not wearing seat belt.

Seat belts and helmets
India Inc came across a rude shock, when Cyrus Mistry, an industrialist and former Tata Group Chairman met with a fatal accident on the Mumbai-Ahmedabad highway when his over speeding Mercedes car hit against a road divider on September 5. Two of the four occupants- including Mistry who were sitting on rear seats were declared dead on arrival to the hospital. Investigations revealed that neither of them was wearing seat-belts.

Within days of the accident, Gadkari ordered stricter implementation of the laws related to seat-belts for all occupants of the car.

The minister’s eagerness for implementation of seat-belts for car occupants should be seen in context of the report, highlighting that about 16,397 of those killed, were found to be not wearing the seat belt. A further breakup of data reveals that 8438 persons (51.5%) were drivers while the remaining 7959 (48.5%) were passengers.

Death from potholes continue to rise
Even though violation of any traffic rule constitutes human error or driver's fault. But from the perspective of road safety strategy violations such as over speeding and driving on wrong side does not constitute human error alone, but also possible fault in road design. The approach opens up the scope for road engineering measures to address problems which are, prima facie, considered to be human error and enforcement issues, claims transport experts.

Road features such as sharp curves, potholes and steep grade tend to be accident prone because it takes skill, extra care and alertness to negotiate these road features. During 2021, there were marginal increase in number of accidents, fatalities and injuries on curved roads and potholes, whereas, bridges, culvert, steep grade show decline as compared to 2020.

According to data for 2021, straight roads accounted for 67.5% of all accidents, while curved roads, pothole roads, and steep grades accounted for only 13.9% of all road accidents. Vehicle speed tends to be high on straight roads in open areas which corroborates the high percentage of road accidents, deaths, and injuries (varying in the range of 64–65%) on these roads. However, the data suggests that even straight road stretches, which are normally thought to be less dangerous, should not be overlooked when it comes to road safety. Road sections where construction work was in-progress accounted for 2.2% of total accidents in 2021.

Potholes, which reveal a lot about road conditions and their impact on vehicle driving, killed 1481 people in 2021, an increase of 0.7% from the previous year.

Advocate Ruju Thakker who has been crusading againt bad roads and taken up litigations in Bombay High Court told Autocar Professional that bad roads should never be a reason for people's death in any country. " It is sad to see that the financial capital of the country cannot assure its residents and citizens good roads which is their fundamental right under Article 21 of the Constitution" said Thakker adding that the Bombay HC in its December 7th, 2022 has observed that if there is any loss to life or limb, the respective municipal commissioner, metropolitian commissioner and chief engineer shall be personally held responsible.

Highways dominate with most accidents, despite their lower density
The distribution of accidents and fatalities by category reveals that highway, which account for approximately 5% of the total road network in the country, account for more than 54.6 % of total accidents and more than 61.1% of fatalities. In 2021, a total of 4,12,432 accidents were reported in the country, with 1,28,825 (31.2%) occurring on National Highways (NH) including Expressways, 96,382 (23.4%) occurring on State Highways (SH), and the remaining 1,87,225 (45.4%) occurring on other roads.

Wrong timing:
In 2021, the time interval between 18:00 - 21:00 hrs (Night) recorded maximum number of road accidents, accounting for 20.7 per cent of the total accidents in the country and this is in line with the pattern seen over the past five years. The second highest time interval of a day was between 15:00 - 18:00 hrs (Day) constituting for 17.8 per cent of road. accidents. As per the data, afternoon and evening times are the most dangerous times to be on the road. The time interval of 0.00 hrs to 6:00 AM has the least number of accidents

Conclusion: Though, Indis which barely has 2% of the global automobile population, but it contributes to about 11% of global road traffic fatalities. And this will only increase with increasing vehicle population. "It is about time we get it done," added Ashar of WRI India.