However, the report added that the market for passenger carriers and buses continued to show a gradual acceptance of vehicles powered by CNG. 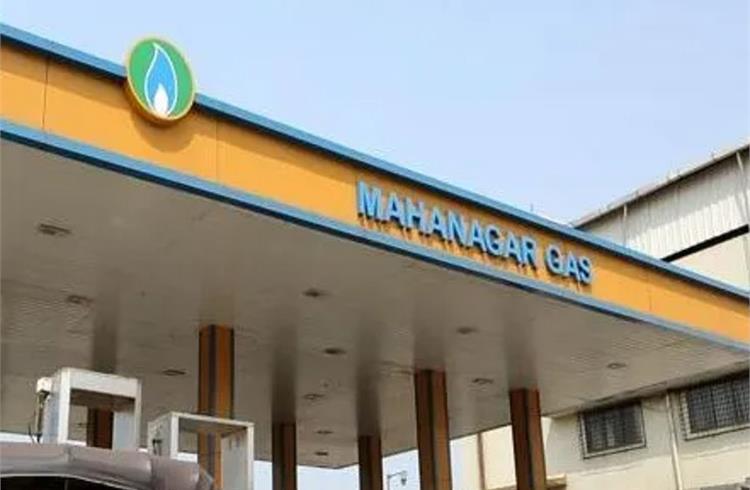 With rising international gas prices and a frequent upward revision of domestic prices, the CNG penetration in the domestic commercial vehicle sector has witnessed a decline in the current fiscal, especially in the medium truck segment, as per the latest report.

According to ICRA Ratings the CV industry has witnessed a contraction in the penetration of compressed natural gas (CNG) driven vehicles in the current fiscal year, which comes after witnessing a spike in the previous fiscal year.

The fall has been particularly noticeable in the medium commercial vehicles (MCVs) which includes 12-16 tonne goods carrier class. The percentage of vehicles powered by CNG has dropped from 38 percent in FY22 to 27 percent during the April-November period of FY23, the rating agency noted.

However, the report added that the market for passenger carriers and buses continued to show a gradual acceptance of vehicles powered by CNG, which has been supported to some extent by the government's push for greener vehicles. This, along with electric vehicle adoption, is expected to continue going forward as well.

According to Sruthi Thomas, Assistant Vice President and Sector Head – Corporate Ratings, ICRA, the contraction in CNG vehicle sales in the domestic CV sector in the current fiscal has largely been on account of the narrowing gap between CNG and diesel prices, which has diminished the running cost savings from CNG vehicles.

“The operating costs for CNG vehicles increased by about 20 percent over the past year and are even higher vis-à-vis comparable diesel variants in certain cities like Delhi and Mumbai, by 5-20 percent now. Coupled with the higher cost of the vehicle and lower load-carrying capabilities of CNG trucks, the economic case for its adoption has become far less compelling. Accordingly, monthly CNG sales of CV, which had peaked at 11,000-12,000 units, are trending at 6,000-7,000 units now. This will likely continue over the near to medium term given the ongoing geo-political challenges, especially the Ukraine-Russia war, and its impact on global gas prices,” Thomas added.

ICRA notes that the increase in gas prices has not been secular, and certain cities continue to maintain a marked price differential between diesel and CNG. This has resulted in varied trends in CNG penetration across regions in the current fiscal.

While certain regions like Gujarat and Maharashtra witnessed approximately 30 percent increase in CNG prices since January 2022, resulting in a visible contraction in CNG penetration levels during YTD FY2023, some states like Tamil Nadu witnessed fairly steady CNG prices and penetration levels, the report mentioned.  Some other cities, like Delhi, continued to witness high levels of CNG penetration despite the steep 48 percent increase in CNG prices. However, this continued to be led by restrictions on entry and registration of diesel vehicles. The high variability in CNG prices across regions (varying from Rs 59/kg in some cities to Rs 90/kg in others) has also impacted the penetration.

“Given the trends visible in the sector, CV OEMs are increasingly focusing on developing alternate fuel/technology vehicles, including introducing new models in the electric vehicle (EV) space in select segments and have slowed down the pace of introduction of CNG models. OEMs are also investing in alternate technologies such as hydrogen fuel. That said, notwithstanding the recent decline witnessed in CNG penetration, medium-term prospects remain favourable given the improving CNG fuelling infrastructure in the country and a general push for cleaner vehicles,” concluded Thomas.