The automotive industry is expected to cross 7 lakh units of sunroof sales during CY23, up from 5 lakh units in CY22. 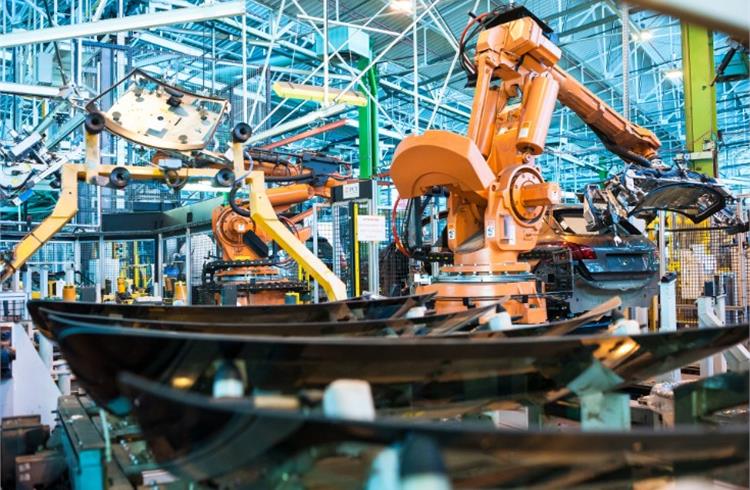 Saint-Gobain Sekurit India (SGSIL), a part of the Paris-based Saint-Gobain - the automotive glass specialist expects the demand for sunroofs to double and cross half a million units in the CY2022, as it becomes one of the most sought after feature in the premium cars in India.

Venu Shanbhag, Managing Director, SGSIL said," If someone had asked me  just a few years ago about the market size for car sunroofs in India, I would have said zero and we all have been proven wrong." Even a year ago, estimates would have been around 200,000 units per year. "However, next year, the market is on track to sell around 7,00,000 sunroofs,".

The development happens at a time when India is set to post record sales of passenger vehicles in 2022 — at 3.8 million units.

Over the past few years, an increase in luxury cars and rising demand for convenience features have largely fuelled the automotive sunroof industry in India. Until recently, sunroofs were only an option on the most costly models of luxury vehicles from brands like Audi, BMW, Volvo, Jaguar, and Mercedes-Benz. However, as passenger cars have become more popular, there has been a greater shift in consumer preference from a simple automobile to a car with a variety of convenience amenities, say industry insiders.

Because of the heightened competitiveness, many mid-segment vehicles are now offered by OEMs with sunroofs as standard equipment. One in four customers, or more than 25% of the population, is thought to prefer owning a car with a sunroof versus one without. Additionally, the aftermarket industry is installing them more frequently.

Even while there is a growing demand for sunroofs, industry analysts claim that India has a different climate than Western countries, where sunshine is occasionally in short supply. While there is no denying that sunroof glass can offer the impression of space, automotive glass makers are therefore looking to modify it as per India's needs, albeit using frugal methods. The sunroofs for the Indian environment are offered with features such as heat blocking, colour opacity, and other elements based on the needs of the car's occupants, which also helps to increase the air conditioning.

Shanbhag asserts that 2022 saw considerable growth in line with industry expansion, with the company benefiting more from the growth of the SUV market and its involvement in a number of well-liked, high-sale models. Without providing further details, he said that Commercial Vehicles (CV) also fared well. "The first half of the year looks to be in line with 2022 growth in the PV  segment due to order backlogs, but we need to watch out for the impact of inflation & interest rates, sporadic chip shortage issues, and sustainability of CV  sales. At this stage, we are optimistically cautious about the year 2023", he added.

SGSIL leadership stated that as the automotive industry shifts towards e-mobility, the company is attempting to meet this new demand by offering light weighting solutions such as thermal comfort glasses to reduce HVAC load, embedded antennas and ADAS solutions in windshield, acoustic solutions in windshield and laminated sidelites, fixed laminated roofs with heat cut solutions. Chennai, which is home to one of the eight R&D facilities operated by the Group, is focusing on glazing requirements for the vehicle sector in addition to other areas.  It boasts of having more than 200 researchers. "So it is these kinds of India-specific developments that our R&D  Center is working on and in fact in the last few years, they've been able to file quite a few patents on these subjects" continued Shanbhag.

Further, all three of the company's present facilities, according to Shanbhag, are suitably equipped to meet the needs of the growing  Indian vehicle market. The provision of value-added products, he went on to remark, has always been the company's major objective. "We are trying to industrialize all these products right from the first car that will be produced in India. So,  we are quite in sync with the changing needs of the Indian automotive market" he said.

The company's facilities in Chennai and Bhiwadi are mostly focused on the PV market, whereas Chakan, which is its oldest facility and is operated by Saint-Gobain Sekurit India Ltd, is a factory that makes windscreens. The business also runs final-mile assembly, collection, and delivery warehouses in Halol, Ananthpur, and Pune.