Auto industry to grow in high single-digit in FY24: ICRA

While the agency foresees a six to nine percent growth for both passenger vehicle and two-wheeler segments in the upcoming fiscal, it expects the commercial vehicle and tractor sector to grow at 7-10 percent and four to six percent respectively. 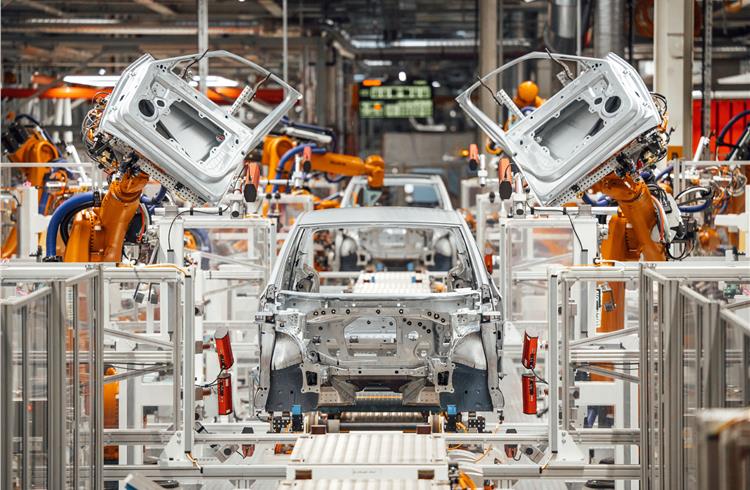 After witnessing a healthy revival in FY23 on the back of a recovery in economic activities and increased mobility, the volume growth across the domestic automotive segments is expected to be in high single-digit levels in FY24, as per a latest report by rating agency ICRA. While the agency foresees a six to nine percent growth for both passenger vehicle and two-wheeler segments in the upcoming fiscal, it expects the commercial vehicle and tractor sector to grow at 7-10 percent and four to six percent respectively.

It further said that over the near term, domestic industry volumes will continue to drive growth, with export prospects remaining weak amid a shortage of dollar availability in some key markets and inflationary pressures. Many nations have put restrictions on imports to conserve forex, which is expected to curtail export volumes in the near term. Over the medium term however, competitive manufacturing capabilities and ongoing efforts by OEMs to enhance the distribution network are likely to aid export volumes.

According to Shamsher Dewan, Senior Vice President and Group Head - Corporate Ratings, ICRA, the Union Budget 2023-24 is expected to include enhanced budgetary outlays towards rural employment under MGNREGA, rural infrastructure development, enhancement of irrigation facilities, crop insurance scheme, as well as an increase in targets for agricultural credit.

“We expect growth across automotive industry segments to remain at high single-digit levels in FY24. While the passenger vehicle, commercial vehicle and tractor segment volumes will continue to trend upwards, aided by favourable demand drivers, the two-wheeler industry is also expected to record moderate growth in volumes aided by a low base. With measures to help rural communities expected to be at the heart of its policies, the budget is expected to aid in boosting the rural-led demand across segments,” he added.

Spurred by Government support in the form of subsidies (under the FAME-II policy), enhanced awareness and increasing product launches, the electric vehicle segment has seen a significant upturn in prospects over the past 18 months. Electric two-wheelers have accounted for approximately 85-90 percent of the total EV sales (excluding the e-rickshaw segment) aided by subsidies offered by the Government, electric vehicle penetration across segments is increasing at an exponential rate, ICRA noted.

Amid the ongoing electrification transition, the rating agency added, OEMs are expected to incur significant investments in the development of ground-up electric vehicle platforms and enhance manufacturing capacities. In the past few years, the government has rolled out several schemes, such as the FAME II scheme and production-linked incentive schemes, to help the local manufacturing ecosystem grow; the government is likely to make more announcements in this area, such as better financing terms for electric vehicles, as it continues to work towards its 'Make in India' goals.

ICRA has a forecast of a CAGR of about six to nine percent across automotive segments over the medium to long term. Supporting underlying factors such as rising per capita incomes, demographic profile, low vehicle penetration, favourable policy environment including infrastructure development etc. are expected to help grow the industry demand at a steady pace.