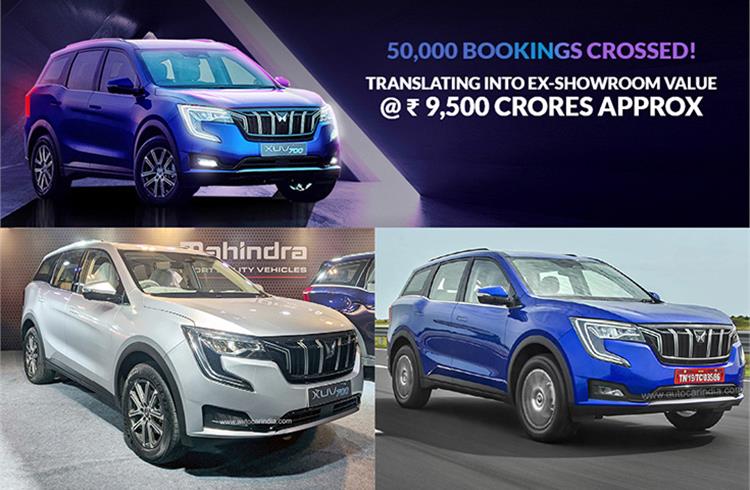 Mahindra & Mahindra’s big bet on the recently launched XUV700 has paid off in spades. In barely two days, the company has secured bookings for 50,000 XUV700s worth Rs 9,500 crore in ex-showroom value. 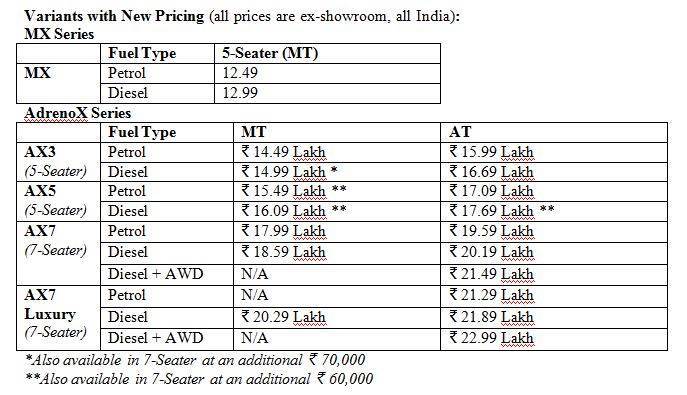 What has given a charge to the demand for the XUV700 is the knockout pricing is the talk of the town. Now what remains to be seen is how fast the company begins making the deliveries to the buyers who are part of this round of 50,000 bookings. Prices are expected to be hiked for future bookings.

All of 23 variants, AX series in AX3, AX5, AX7 trims
Mahindra is offering a total of 23 variants on the XUV700, in two trim series – MX and AX. While the entry-level MX is a strict five-seater and is offered with both petrol and diesel engines paired with a 6-speed manual gearbox as standard, the bulk of the SUV’s variant line-up is formed by the AX series.

The AX series is available in three trim levels, in both 5-seat and 7-seat configurations, as well as with choice of both diesel and petrol engines. While the AX7 is exclusively available as a seven-seater, certain variants of the AX3 and AX5 trims can be had with 7 seats for an additional Rs 70,000 and Rs 60,000, respectively.

All three AX series variants are available with both 2.0-litre turbo-petrol and 2.2-litre diesel engine options, paired with either a manual or automatic gearbox. The fully-loaded AX7 diesel automatic gets the option of an all-wheel drive system as well.

Luxury Pack gets more bells and whistles
There is a Luxury Pack on offer too on the AX7 trim, which brings a Sony 3D surround sound system, 360-degree camera, wireless phone charger, electronic parking brake and last but not the least – electronically deployable outer door handles to the package.

The XUV700 gets ADAS features along with four driving modes and takes on  the Tata Safari, Hyundai Alcazar and MG Hector Plus in the Indian SUV market.