With fire incident behind, Jitendra EV steps up on acceleration mode 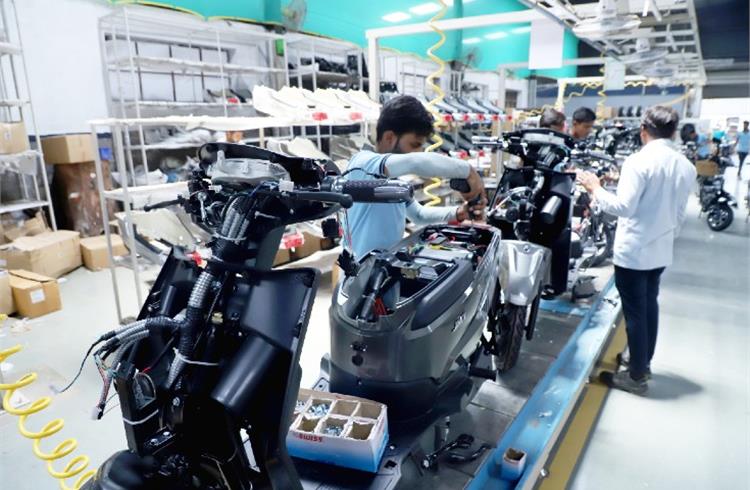 Nashik-based Jitendra New EV Tech, which made headlines in April this year when a video of several its electric two-wheelers bursting into flames while being transported in a truck went viral, and was later given a clean chit by Central agencies who claimed the fire was caused by a short circuit from inside the truck, is looking to move ahead of the incident.

Samkit Shah, co-founder of the company said, "In fact, all the batteries from those e-two-wheelers are intact". He added that, as a precautionary measure, the company now does not allow any carrier with electric connections inside the container to ferry its e-two-wheelers.

To be fair, the fire appears to be a minor setback for Jitendra Shah, the founder of the company named after him. Jitendra, a law graduate with agricultural background, first entered the automobile industry in 1979 when he opened a Kirloskar Tractors dealership. In comparison to a typical dealer who may only sell 10 tractors per month, he claims to have sold 51 tractors in a single day. Jitendra went on to open nine auto retail locations while working for Hero Honda, selling over 3 million two-wheelers, and later joined forces with General Motors, Volkswagen, Tata Motors, Mahindra & Mahindra, and Morris Garage to expand his business, according to Samkit Shah, co-founder of Jitendra New EV.

In fact, before venturing into the electric two-wheeler market, Jitendra, a strong supporter of alternative fuel, experimented with a hydrogen fuel cell car, the kit for which he imported from Canada more than a decade ago. However, after realising that hydrogen as a fuel is unlikely to be widely adopted in India before 2030, Jitendra shifted his focus to battery-powered vehicles in the form of four-wheelers, three-wheelers, and lastly to two-wheelers, which he believes will be among the first to be accepted by customers in India. Thus, Jitendra EV was founded in 2014, with sales and marketing beginning in 2016.

The current facility in Nashik's auto hub Ambad is run on a single semi-automatic production line with a maximum capacity of about 24000 units, which, according to the company's leadership, is insufficient to meet the growing demand for electric two-wheelers in semi-urban and rural areas. "Currently, the company sells about 2500 units per month. The Shah family has invested approximately Rs 100 crore in the establishment of the Jitendra New EV Tech business in India" said Jitendra.

With orders pouring in, for example, from logistics firm FAE Bike, with whom Jitendra EV signed an agreement in August this year to supply 12,000 units of JMT 100-3K scooters worth approximately Rs 120 crore. Even though the initial plan is to supply 300-400 units for each month, the company anticipates increasing supply with the expansion of its second plant, which is being built in stages in the automotive hub of Nashik. The greenfield project, which will be fully automated, is expected to cost between Rs 400 and 500 crore, even as discussions with investors are already underway for its funding. At its peak, the facility will have an annual capacity of 2 million units by 2027.

The electric two-wheeler lineup of Jitendra New EV Tech now includes four models and ten variations. While the slow speed models are priced between Rs 69000 and Rs 77000, the high speed models- JMT 1000 HS and JMT 1000 3K- are priced between Rs 72,300 and Rs 84400. The FAME 2 subsidy for the JMT 1000 HS is Rs 30000, while the subsidy for the JMT 1000 3K is Rs 48000. Both models' ex-showroom prices are after subsidies are deducted. These vehicles are sold through 150 showrooms spread across the country, the majority of which are in tier 2 and tier 3 cities, in contrast to most major legacy and new-age OEMs, which have focused on tier 1 cities and metros. The company competes in the segment with Hero Electric, Okinawa amongst others.

Jitendra EV's R&D department, which employs around 40 people, frequently collaborates with research organisations and others to develop new products and technology. For example, it has collaborated with I-CanNano to develop chemicals that, by leveraging nano-technology methods, can improve the safety of its battery packs.