Swedish carmaker clocks sales of 2,687 units, thanks to continuing upbeat demand for the XC40 and dealership expansion. 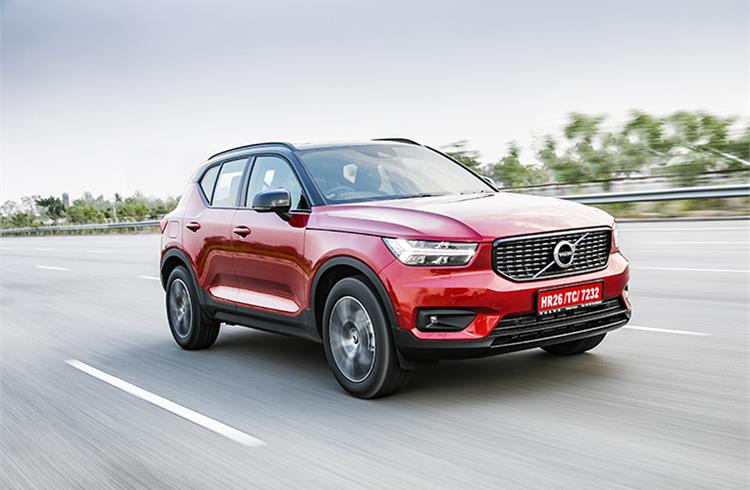 Volvo India said that growth has been driven by sustained demand for the the XC40 SUV, which was launched in July 2018. What has also helped is the ramp-up in dealerships across the country, enabling the carmaker to reach a wider audience. The brand inaugurated five new showrooms across the country in Calicut, Raipur, Kolkata, Indore and South Mumbai.

However, the carmaker is cautious about sustaining the growth in this fiscal due to overall subdued demand for passenger vehicles. High import costs, depreciation of the rupee and a liquidity crunch impacted the demand for luxury cars considerably for the most part of the year.

“We had a strong performance in the last financial year because of greater customer demand for our products and new dealer openings. We continue to be optimistic about the future, but are somewhat cautious about the year ahead owing to external factors and predictions of an impending downtrend,” commented Charles Frump, managing director, Volvo Car India.