Volvo to be the first luxury brand in India to offer a locally assembled Battery Electric Vehicle (BEV). 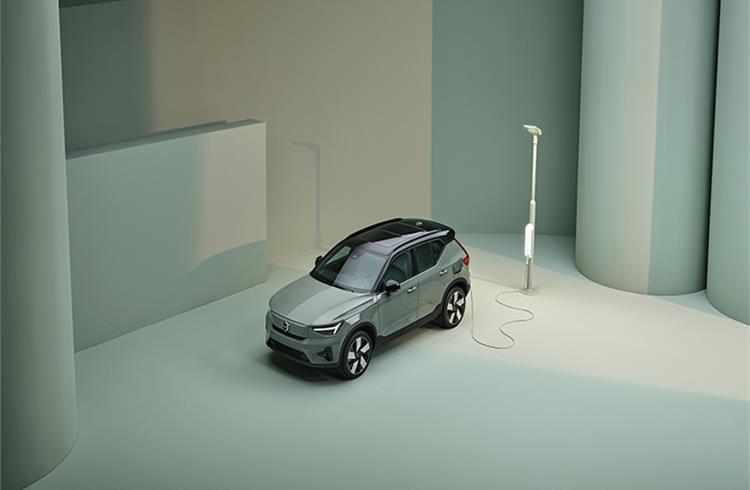 Volvo Car India announced that its all-electric offering the XC40 Recharge will be assembled in India for the local market at the company’s Hosakote plant near Bengaluru, Karnataka. The launch is planned in July with expected deliveries starting in October this year.

Volvo Car India targets introducing a new all-electric model every year commencing 2022. Globally the company has announced that by 2030 Volvo will produce only electric cars.

Jyoti Malhotra, Managing Director, Volvo Car India said, “The future of mobility is electric and as a company we have already stated that we will be an all-electric car company by 2030. Our focus on local assembly is a step in this direction. Our current range of internal combustion engine cars are already being rolled out from Hosakote plant to the exacting safety and quality global benchmarks that Volvo is known for.”

Last year, Volvo had introduced the XC60, S90, and XC90 petrol with a 48V mild-hybrid system in support to their transition to an all-petrol portfolio and phased out all diesel models. The Volvo XC40 SUV, Volvo XC60 SUV, Volvo S60 sedan and Volvo S90 sedan were among the bestselling models sold by Volvo Car India.

The company started the local assembly in India in 2017. At present, the flagship SUV XC90, the mid-size SUV XC60, the compact luxury SUV XC40 and the luxury sedan S90 is being locally assembled at the Bangalore plant. XC40 Recharge pure electric becomes the latest one to join the locally assembled portfolio in India.