This recall of 323,700 cars of Volkswagen, Skoda and Audi in India equipped with EA 189 diesel engines to update the software has taken the cumulative total of vehicles recalled in India to over 1.75 million units (1,757,073). 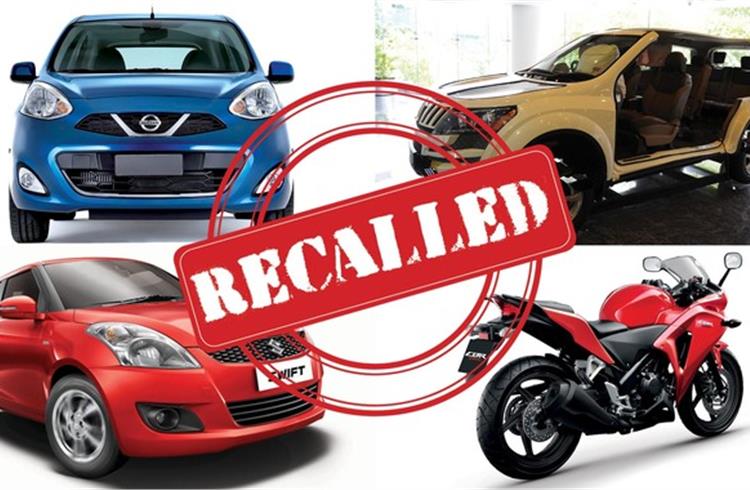 Volkswagen India’s recall of 323,700 cars yesterday is the latest in a slew of vehicle recalls by car manufacturers in India since the Society of Indian Automobile Manufacturers' (SIAM) Voluntary Code on Vehicle Recall came into effect on July 2, 2012.

This recall of 323,700 cars of Volkswagen, Skoda and Audi in India equipped with EA 189 diesel engines (which include 1.2-litre, 1.5-litre, 1.6-litre and 2.0-litre diesel engines) to update the software has taken the cumulative total of vehicles recalled in India to over 1.75 million units (1,757,073) since SIAM's code came into effect (see table below). It is also the biggest ever vehicle recall in India yet after Honda Cars India’s recall of 223,578 units of the previous generation CR-V, Civic, City and Jazz models to replace airbag inflators.

Honda Cars India’s recall of 11,381 cars in May this year to replace faulty airbag inflators had pushed the number beyond a million or 1,000,000 units. Jaguar Land Rover was the first luxury carmaker to have recalled vehicles after SIAM’s code came into effect. Audi India followed suit with its recall of the A4 (6,758 units) and Q7 (382 units) models in Q4 2014.

Some of these recalls are part of a global exercise. These recalls were made by 16 OEMs – eleven four-wheeler OEMs and five two-wheeler manufacturers. 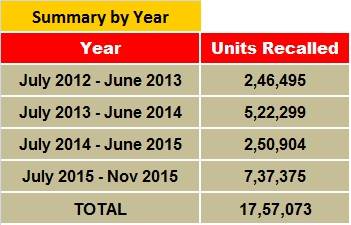 In India, there is yet to be a law by the government that makes recalls mandatory, in case of any technical snag. SIAM's voluntary recall code, however, has paved the way to a structured vehicle recall exercise in India. It also reflects Indian OEMs’ proactive efforts to address technical issues in their vehicles, as is the industry practice in the west.

SIAM’s code places the onus on the manufacturer to recall defective vehicles. Though the code is certainly a step in the right direction, a mandatory code which allows the government to direct companies to recall vehicles will certainly increase the focus on quality and give OEMs that added incentive to ensure the products going into the market are ‘First Time Right’ and also positively impact consumer and market sentiment. 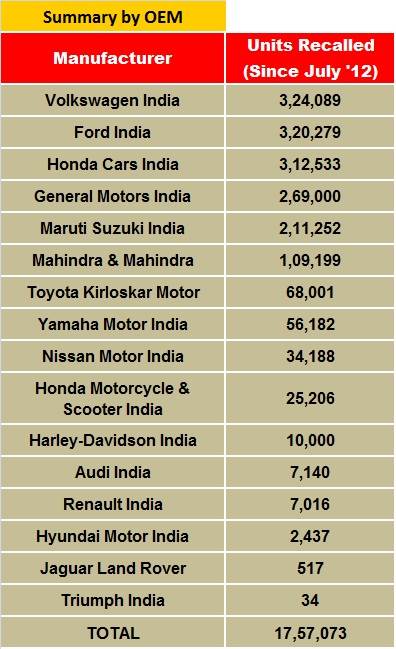